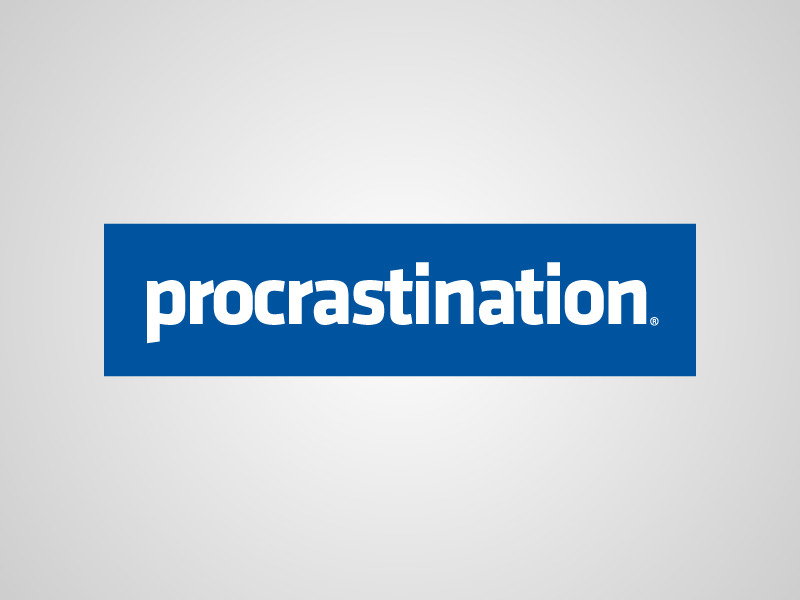 In this post I show you how to beat one of the most destructive forces known to man: procrastination.

The unfairness of it all! You know how some people are naturally thin and can stuff themselves with chocolate without putting on weight?

And then there are the rest of us who so much as look at a slice of cake and know exactly where it'll end up. It's just the lot we draw in life.

I sometimes feel that the same goes for procrastination. Some people (I am not one of them) seem to wake up with complete certainty about what they need to do, set about doing it, and don't stop till it's done.

They don't get distracted by the TV, tidy things that don't need to be tidied, or check Facebook just one last time. And then there are the rest of us, who seem to be at the mercy of the inconsistency villain.

Procrastination is an animal. It can totally control you, paralyse you, leave you frustrated and helpless. And it's widespread.

But what if it didn't have to be that way?

The fact that you're reading this tells me that you're passionate about learning a language, that you know how incredible it will be when you're fluent. You're motivated, you're dedicated, you really, really, want it, and you have high standards for yourself… so why are you unable to get started?

One explanation could be the method you're using. I created the fun and effective StoryLearning® method so you can learn through stories, not rules – try it out for free for 7 days.

Well, it may be those very high standards that are holding you back. Perfectionists aim high, and they don't take well to letting their standards slip.

Think about it – as a perfectionist, would you take action towards a goal if you weren't sure about the outcome, or if whether the way you were going about it was right?

No – you want to be sure. You want all the pieces to be in place. As a language learner, you want certainty that the book you're studying with is the best one, that the course you're following really will take you to fluency quicker than anything else.

Isn't it safer not to bother? That way you can have certainty that you won't fail. Failure avoided. Safe. The fear villain is real folks, and a source of self-sabotage.

We're not talking about procrastinating over filling out your tax return here – that's just laziness. We're talking about the big things – learning a language – that require you to commit so much of yourself to the process.

Like with health and fitness, beating procrastination can be life changing.

As a procrastinator, you have the option of beating it, reinventing yourself, and experiencing something incredible: the feeling of having achieved control over yourself, understood your habits and conquered your fears. Non-procrastinators will never know how that feels!

Let's look at how to go about it.

I hope these help. However, there is one last piece of advice which, in all its simplicity, has worked so well for me personally that I can't help but share it.

You have your goals? You've broken them down? You know what you have to do? Well…