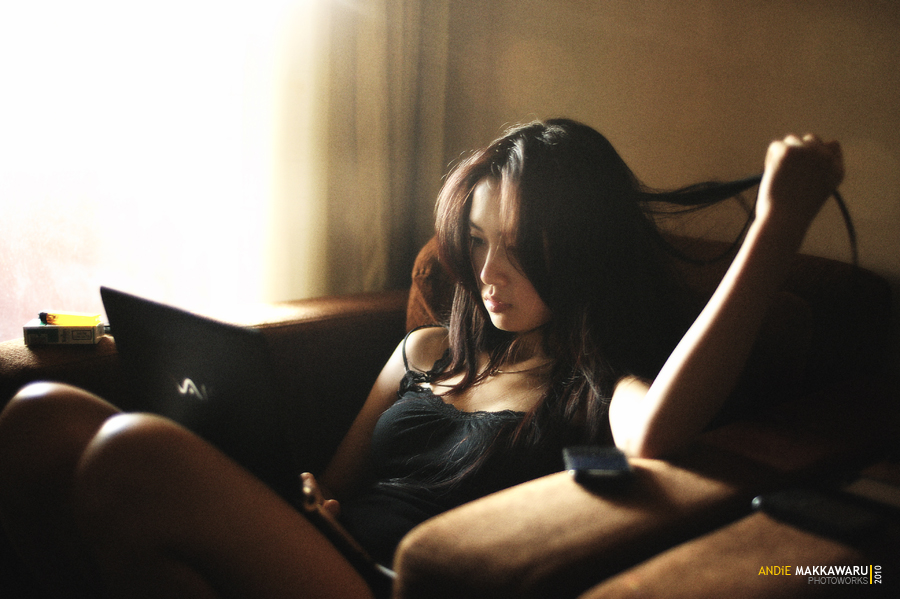 I've lost count of the number of books I've read about good study habits, willpower, and getting things done.

And yet I still find it so hard to develop a solid routine. (Although my crazy 5am routine has changed things recently!)

Are there people in this world who just can't stick to routines? Were some people simply born without the willpower gene? Can we blame it all on the inconsistency villain?

In fact, I don't think so. We just haven't got it figured out yet.

One way to stick to your language learning routine is to use a fun and effective method, like StoryLearning® – try it out for 7 days for free.

From time to time I have glimpses of what it means to be truly productive.

Earlier this year, for example, I completed my master's thesis in 3 months, whilst working a full-time job, writing substantial articles for this blog each week, applying for a new job, going through a bereavement and learning Cantonese.

By all accounts that's productive.

But I don't feel like I'm productive at heart. That stuff got done because I had to do it.

I had no choice. For example…

But I don't think of this level of productive activity as being “me”, in the sense that many of those activities are not things I would voluntarily do in my free time.

So why is it, in periods that aren't as manic as this, that when I get home after work, sticking to a simple routine of “study for 30 minutes a day” is so hard for me?

That really bugs me.

Is it hard to do 30 minutes of language study a day? No, of course it isn't. But for all kinds of reasons it just doesn't happen.

The cold, hard truth is this:

If we go for a day, or a week without studying our target language, or even if we give it up completely… the world keeps on spinning regardless.

Sticking To A Language Learning Routine

There's no-one forcing us to learn another language.

In a world with all kinds of other things to do, such as looking after the kids, doing your tax return, making dinner (all of which have very real consequences if they don't get done!), setting aside regular time for language study simply isn't mission-critical for us.

Now, some people are made of stronger stuff, and good study habits are automatic for them. They can just decide to do something and do it.

Maybe it's a cop-out on my part, but I'm trying to boil it down here.

Some people really are made of stronger stuff.

I'm in awe of people like Sebastian Marshall and Ryan Holiday, who have been huge influences on me recently. They have an approach to life, and getting s*** done, which is inspiring but at the same time seems to be so far above what I'm capable of that I can't help but feel inferior.

But then, I know that sometimes people look at me and feel the same thing about my languages. I know because of the emails I get: “How can you learn so many languages?” etc etc.

I started learning French 13 years ago, and just kept going.

No special strategy, I just figured it out as I went along. 13 years is a long time to learn something if you care enough about it.

So, I don't think I'm anything out-of-the-ordinary, and my current inability to sit down every day and get 30 minutes of language study done is testament to that.

(Note, if you don't believe me, watch this video about how I maintain multiple languages…)

I've read all the books.

I've done all the exercises.

I've applied all the theory.

I could go round and round looking for solutions or explanations, but let's cut to the chase.

When I look back at my period of insane productivity between January and April this year, there is one very big elephant in the room, and it's the fact that I was committed to all those things.

Not doing them would either have meant letting someone down, or suffering a significant loss of some description.

I was committed to doing them. So I did them.

Now, the big question: How can I use this knowledge to generate insane productivity on demand?

Pre-commitment is a popular concept in contemporary psychology, and is leveraged by many people to get stuff done.

The concept is easy – you commit, in advance, to doing something, so you can't weasel out of it when the time comes. 🙂

The difficulty in making this work for something like language learning is finding a way to actually enforce it. For example, you could set all kinds of consequences for yourself if you don't study for 30 minutes every day… but who's going to check up on you, hold you accountable and administer your punishment?

(Perhaps there is a way to do it – let me know if you have one!)

For me, the one thing that absolutely guarantees that I will do something, is when someone else is involved. I cannot abide someone else waiting for me, or the thought of letting someone down. I just can't do it.

But what I can be accountable for is turning up to a pre-arranged lesson, Skype chat, or whatever.

And it's really been working.

To get out of it, I'd have to take the step of formally cancelling, which I'm not going to do.  And cancelling anything on the day makes me feel rotten.

Committing in advance is key, because things tend to get scary when they're upon you.

How would you feel about an impromptu conversation with a native speaker on Skype in 5 minutes?

Now, instead, what about if it was scheduled for 7 days from now?

Suddenly not so bad.

You're more likely to commit to something the further away it is.

Keep Moving Forward At All Costs

This, so far, is that the single best way I have found to develop good study habits in my language learning and hold myself accountable, so that I will absolutely, definitely, 100% turn up and speak/practice/mangle my target language.

Luckily, speaking is the thing that I most need to do right now. And if you're like most people, you probably need to do a bit more speaking too.

There's much more to the language learning equation, obviously, but if you're struggling to get started, maintain a routine, or otherwise motivate yourself, this could be a game-changer.

This is my secret weapon right now, and I intend to keep it close by and fully loaded.