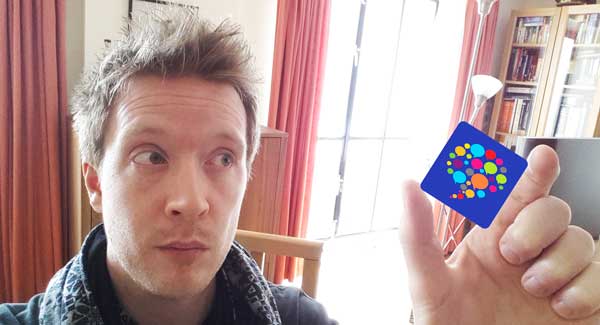 HelloTalk App Review – Connect With Native Speakers Around The World

Have you been learning a new language for a while, and feel like it's time to start practising and using it?

How do you find native speakers to connect with and talk to, even if you live in an isolated area?

And when you do find people, how can you find the time to sit down and practise with them if you're really busy and don't have much free time?

Well, I've got a great solution for you!

(Update: In March 2016, HelloTalk released an exciting new update to the app, called Moments, which transforms it into something resembling Instagram for language learners – extremely exciting!)

By the way, if you want to reach your language learning goals, it's not enough just to talk to native speakers, you also need to use the right method.

When I first arrived in Egypt, I was really keen to keep up my Japanese.

But the problem was that in Egypt, there were very few Japanese people to be found.

So, I turned to the internet and I found some people online, but when I tried to arrange lessons, the problem was the time difference of 8 hours, and it was pretty much impossible to arrange regular lessons.

Then, I came across this little app called HelloTalk.

Now, I'm often fairly skeptical of language learning apps (that'll be because of the app villain), but when I saw the number of users this app has (over 1.3 million), it caught my attention.

There are quite a lot of traditional websites out there that can put you in touch with native speakers, but most of the time they tend to lead nowhere because they have a very small user base.

So when you start to use them and try to connect with native speakers, you find there just aren't enough of them there to make it worth your while.

Apps Are Connecting People Around The World

Recently, though, apps and smartphones have exploded in popularity, and things have started to change a lot.

Now, everybody has access to apps on their phone.

When I started to play around with HelloTalk, around 6 months ago, it was quite a surprise to find that within 24 hours of installing the app, I had a queue of about 40 Japanese people wanting to connect with me and practise languages together.

This was an extremely good problem to have!

Now, I'm back in London, and I want to see if I can recreate this success, find myself some Japanese people to practise with, and see if the HelloTalk app itself can actually help me with the language exchange process.

After downloading the HelloTalk app itself, which you can get for iOS and Android, the first thing to do is fill out your profile.

Already at this point, you could dive in and proactively start searching for people to connect with, but instead what I tried doing was just to wait and see what would happen.

Sure enough, within about 24 hours, I was bombarded with requests from Japanese people, who see that I speak Japanese and would like to practise their English as well.

With any language exchange, whether it's face-to-face or online, you're dealing with real people.

With real people, just like in real life, there are some people you're going to click with straightaway, and other people it's not going to work out with.

It's really important which kind of person you find, because you don't want to waste your time, or even worse, become despondent and frustrated with a language exchange that's not going well.

So the first thing you want to do is to figure out who's actually willing to help you, and who's not.

Luckily, in my little experiment, there seem to be quite a few people here who are willing to speak in Japanese right from the start.

An App Built For Language Learning

As you dive into HelloTalk, what I've discovered is an app that has genuinely been built for language learning.

If you're just getting started with a new language, or you're struggling with reading and writing in a language in particular like Japanese or Chinese, with a different script, you're really going to love this.

Because, after all, the hardest thing about starting a conversation is not that you need to get everything 100% correct, completely fluent, and with no mistakes… because you don't!

The hardest thing is actually getting the conversation started and keeping going. That's the big hurdle you have to overcome.

And luckily, HelloTalk has a lot of features that really help you out with exactly this problem.

First of all, you've got a very straightforward translation function.

Whichever language you want to translate into and from, you can do that instantly.

Now let's say you want a bit of a challenge, and you don't necessarily want the translation of something you don't understand straightaway.

Instead, you can press the speak button, and have it spoken aloud right there and then on your phone. So if you can't read something… you're covered.

Alternatively, for languages like Japanese and Chinese, you can press this button to actually have it transliterated, so you can see what's been written spelt out in Roman characters.

Then, if there's something you want to say, but don't know how, you can use this “one-touch” translate button to write something in English, and then send the translation directly to your exchange partner in their language.

But crucially, it means you can keep going, and avoid some of the roadblocks that might trip you up and end the conversation if you were face-to-face with someone.

How To Make An Exchange Beneficial For Both

But the elephant in the room for any kind of language exchange, face-to-face or online, is the big question of how you can make the exchange beneficial for both people.

Often what happens is the conversation can be very one-sided, and you can experience the other person basically just wanting to practise their English all the time.

So how do you deal with this?

If it's a face-to-face language exchange, I usually like to set expectations right from the start, even before I meet the person.

But the great thing about this app is, because there's such a huge user base, and you can connect with so many people, you very quickly discover who's actually willing to help you out, and who just wants to practise their English.

And so what I've been doing with the HelloTalk App is to use some of the great features they've got to build rapport with people very early on.

How To Build Rapport With Partners

So, for example, they've got a voice message function, which you can use to send audio notes to people, which helps you get to know the person and make much more of a connection with them.

There's also a great feature where you can correct what they've said, and they can correct you.

There is no better way to build rapport and goodwill with someone in a language exchange, than for them to write something to you, and for you to send it right back with corrections.

Now, you might not want to do this all of the time, but with this nice little combination of sending voice notes and also correcting what they're saying, this is a fantastic way of quickly building rapport with people.

Sure enough, after spending a little bit of time getting to know some people I connected with on the app… and also not continuing the conversation with others…I found a few people who were really interested in having a constructive language exchange, where I could practise my Japanese, and I could also help them with their English.

And the great thing is that it's now integrated into my day, so I don't need to sit down for an hour and do a face-to-face exchange, and I can factor Japanese into my day and can be practising all the time.

What more could you ask for?

Free Phone Calls Within The App

If you want to chat in real time with your language partner, HelloTalk has a feature you can use to make free phone calls to the other person!

So you can have a free, spoken language exchange using the app's infrastructure.

Two of these people, I've actually found using the “search by location” function… and they live here in London!

So there's the potential to develop that relationship further and maybe move that to a face-to-face language exchange in the future, and even become friends afterwards.

An exciting new feature has recently been released, that transforms HelloTalk into much more than a language exchange platform.

The “Moments” update transforms the app into a social media powerhouse designed specifically for language learning.

Now, chatting with new friends isn't your only option for learning.

Instead, you can search for public updates made by people in different languages — it's like Instagram for language learning!

From there, you can use all the powerful linguistic features of HelloTalk to help you get lots of extra exposure, and create a bit more of an immersion environment.

Here are all the features:

Have a look at this quick demo:

All-in-all, if you are committed to spending a bit of time getting to know the people you connect with, talk to different people and figure out who you're going to be able to have a rapport with, you've got the ability here to connect with native speakers for almost any language you're learning.

What I've found with the HelloTalk app is a really powerful way to integrate language learning into your life in such a way that really wasn't possible in the past.

I love it, and I think you will too…

Click here to check out the HelloTalk app now