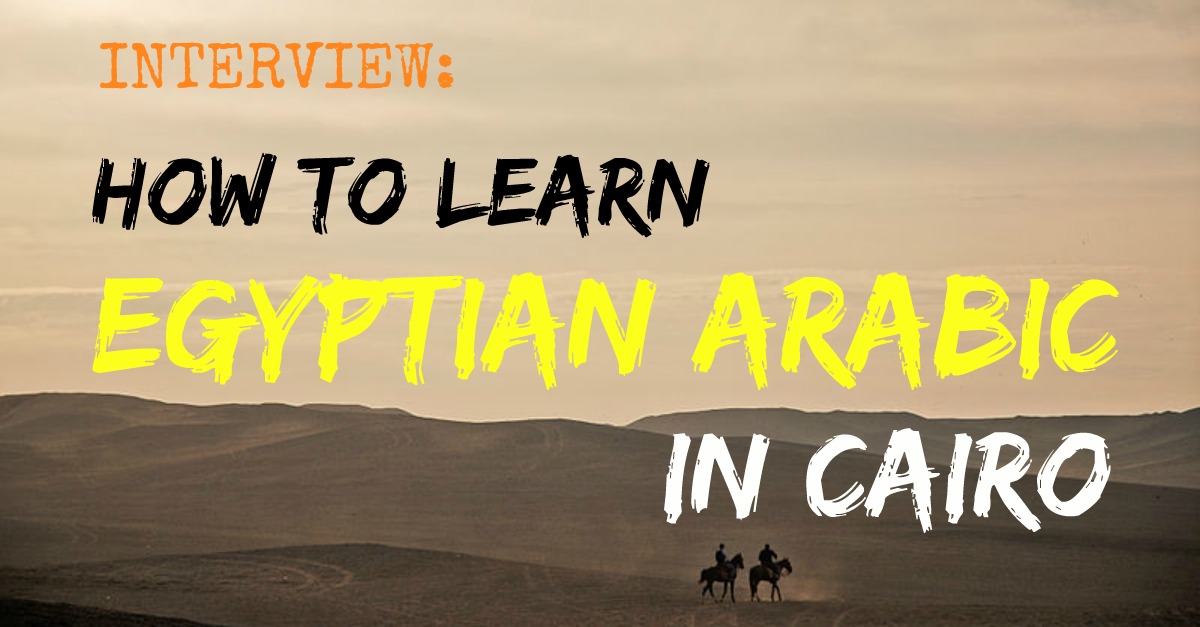 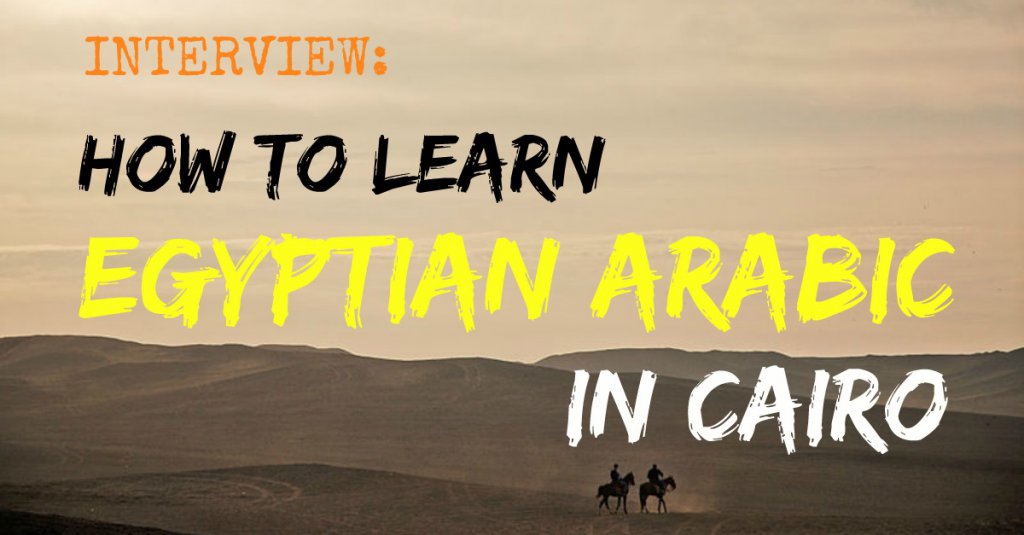 If you're learning Egyptian Arabic, you might find yourself a bit confused!

In this post, I answer all of the major questions you're likely to have about learning Egyptian Arabic. Or any other dialect of Arabic.

And to help me do this, I've invited Arabic expert Donovan Nagel along, creator of the exciting new Arabic learning site: Talk in Arabic.

If you have any interest in Egypt or Egyptian Arabic at all, this interview is for you.

Let's get into it.


What Do I Need To Know About The Varieties Of Arabic? 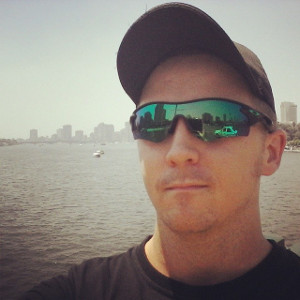 The first thing that would be helpful for you to know is that people often oversimplify the issue of Arabic varieties.

It's not simply a matter of ‘spoken' vs. ‘written' Arabic.

To give you an idea of how complex Arabic is, you have:

Anyone who's tried to learn Egyptian Arabic from Cairo for example will probably be able to relate to how incredibly difficult it is to understand people in the south of Egypt or even on the Sinai peninsular.

You drive a few hours outside of Cairo and suddenly people become much harder to understand.

How Should I Deal With Different Varieties of Arabic?

In all probability, you'll learn Cairene Arabic first. But don't be surprised or disheartened if you arrive in Egypt and find some people easy to understand and many others completely unintelligible.

Further to these dialect differences and similar to some other parts of the world, there are variations in language use between educated and uneducated classes too. You'll often hear prestige speakers (religious leaders for example) interspersing a colloquial spoken dialect with Classical Arabic to sound more authoritative.

An example of this is this Al-Jazeera interview which went viral a few years ago where a Syrian woman debates a religious cleric and takes a ‘linguistic high ground' by speaking classical instead of her own dialect.

On the popular question I often hear is ‘Which dialect should I learn?'. My answer is always the same: ‘learn the dialect of the place you plan to go'.

Egyptian may be the most widely understood dialect in the Arab world. But if you only want to go to Morocco for example, then it would be silly to learn anything other than Moroccan.

Should I learn Egyptian Arabic 1st If I Plan To Live In Egypt? 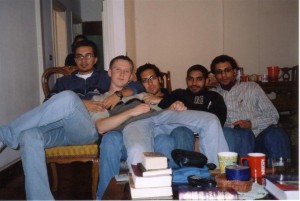 I believe the answer to this question is straightforward: Yes… learn Egyptian Arabic from the start.

Some people will recommend you learn Modern Standard Arabic first which I believe is silly and tantamount to you moving to Madrid to learn Latin instead of Spanish.

Learning MSA first makes no sense whatsoever if you intend to become conversational as quickly as possible.

In fact I don't believe it's necessary at all to learn MSA. Unless you plan on taking Arabic to an advanced level for work somewhere down the track.

Do I Need To Learn To Write Egyptian Arabic?

True in a sense but it won't be a problem at all.

You will find some literary works written in Egyptian Arabic. But for the most part MSA is the standard writing system.

Spelling varies quite a lot when people do write Egyptian Arabic since there's not an actual prescribed writing system for colloquial dialects. For example, I'm working with conversational transcripts at the moment which native Arabic speakers have sent me. And I find it very interesting that each speaker spells many common words differently.

One very popular way of writing colloquial dialects which is used primarily by young people around the Arab world is what they call ‘3arabeezi' (عربيزي). This is a way to write spoken Arabic using English letters and numbers (e.g. the word (حلوة) would be written ‘7elwa', with the 7 representing the guttural H sound in Arabic).

This is very common for people chatting online or sending SMS messages since it doesn't require switching keyboards from LTR to RTL.

Again, there's no prescribed ‘correct' spelling for this system either so you'll find variations in the way people write it too.

Do I Need To Learn The Arabic Alphabet? 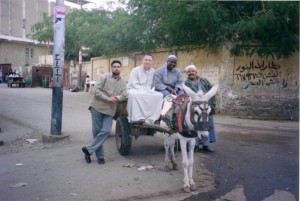 I can't think of any good reason why a person learning Arabic wouldn't learn the Arabic alphabet, to be honest.

Since you're going to be living in Egypt especially, you'll need to recognize words and numbers (e.g. for local restaurants, markets, public transport, etc.).

And since you'll be using resources and possibly taking classes where Arabic script will be used a lot it's really going to be essential.

To most people, the Arabic alphabet looks very difficult because of its connected script and the fact that it's right-to-left. But it's actually very easy to learn and you can pick it up in one day.

As I explained here, the Latin and Arabic alphabets share the same Phoenician origin. So many of the letters are easily recognizable for us as English speakers. They change a little depending on their position in the word but for the most part are easy to distinguish.

The only real challenge you'll face is that in Arabic, vowels (represented by small diacritic marks) are almost never written. This means that initially you probably won't be able to pronounce most words you see for the first time. For example, it would be like seeing the word ‘language' written like this: ‘lngg' (you would have absolutely no idea how to read it).

This unfortunately just takes time to learn and there are no shortcuts. Eventually you will get familiar with the way words should sound and reading vowel-less words becomes quite natural after lots of practice.

My advice though would be to not spend too much time on reading since most material is MSA and you will learn Egyptian Arabic. Learn enough to recognize words and get by but focus on speaking.

You'll find that once you can speak at an okay level, reading actually becomes much easier because you'll be able to pronounce many of the words without reading the vowels.

How Should I Start Learning Egyptian Arabic 1 Month Before I Go To Cairo?

The advice I'd give here is mostly just general language learning advice that I would give for any language.

Beyond basic literacy skills necessary to use learning materials, I would focus entirely on basic speaking and listening skills.

Egypt is one place you're going to definitely want to have some competency in Arabic from the get-go. Since it can be a pretty tough place to live long-term, your time there will be a lot more enjoyable and less stressful knowing how to communicate a little in the beginning.

There are plenty of fantastic tutors and conversation partners on italki from Egypt who you could connect with a few times a week leading up to your move which I'm sure will help immensely.

Start to get familiar with the sounds, body language and culture of Egyptians by watching some TV in your downtime (very different to what you may be used to in the Gulf). I personally watch CBC a lot which has some great content (scroll down the bottom and click on the live streams).

I generally advise against grammar study when starting out but if you're not already familiar with the way Semitic languages work then it would a good chance to get acquainted with that now.

How Should I Approach Learning Egyptian Arabic When I Arrive In Cairo? 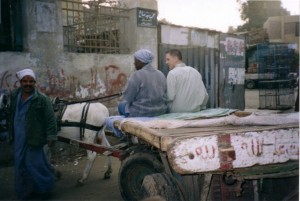 Egypt is one the best places on Earth to make new friends in my opinion.

Be open to this as soon as you arrive.

You'll almost certainly be invited out constantly. So don't be surprised if you find yourself in a cafe and suddenly surrounded by a bunch of Egyptian guys curious about you and wanting to be your friend, talking Arabic with you for hours on end. And inviting you back to their places.

Living in Egypt can be socially exhausting and even a little intimidating at times. But if you remain open to these constant social encounters you'll find it very rewarding for your Arabic. And also the quality of the relationships you'll build during your stay there.

Be adventurous about it and spend time in less affluent parts of Cairo. You'll never need to try to meet new people because you'll stand out like a sore thumb. And people will approach you out of interest and curiosity.

Become good friends with your neighbours and your bawab (the most important guy in your building and perhaps the best mate you'll have in Egypt) as it'll open up many opportunities for you to improve and learn Egyptain Arabic.

I'd advise you to avoid schools and Arabic programs aimed at Western students too. They're likely to be expensive and not necessarily good quality.

There are small language centers dotted around Cairo. And tonnes of qualified Arabic teachers who will charge you much lower rates in local currency. And give you a much more personalised learning experience.

What Advice Would You Give To A Woman In Egypt?

Egypt is a very conservative society which means that there are obviously gender-determined limitations. But it's nowhere near as strict as the Gulf region.

The times that I've lived in Egypt I've made friends with and hung out with many Egyptian women. And it's never been a problem. Likewise, I've had lots of foreign female friends hang out with groups of Egyptian guys. And it hasn't been an issue at all.

I've known many female students of Arabic living in Cairo. And they've had nothing but positive things to say about their time there.

It's just smart to exercise a bit of caution (e.g. dress conservatively and don't walk streets alone at night – especially if you stand out with blonde hair). Egyptian people are generally wonderful. And even though you might get a few bad eggs, most people will treat you like an honoured guest and take care of you.

What Haven't I Asked You That I Should About Learning Egyptian Arabic?

It's generally common sense to avoid discussions about politics and religion anywhere. But as much as you try to avoid these topics in Egypt people will bring them up anyway.

Be honest but wise about the kinds of discussions you get too deep into.

There's no such thing as privacy in Egypt. And what you might see as intrusive and inappropriate is perfectly normal there. People will ask you lots of questions about your political views and your religious beliefs.

People who primarily learn European or East Asian languages are so used to these issues being private matters. So it becomes quite a shock when they arrive in a place like Egypt and have to confront them.

Finally, Where Can People Find You?

If you're interested in Egyptian culture specifically, I also wrote a viral post a while back on my near marriage to an Egyptian girl who only spoke Arabic which you can find here.

This interview has been incredibly valuable and has completely changed the way I see Egyptian Arabic. (Update: Since arriving in Egypt, I filmed a video in the streets of Cairo)

I'm looking forward to arriving in Egypt even more than I was before! 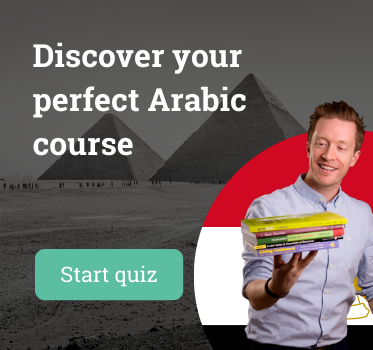