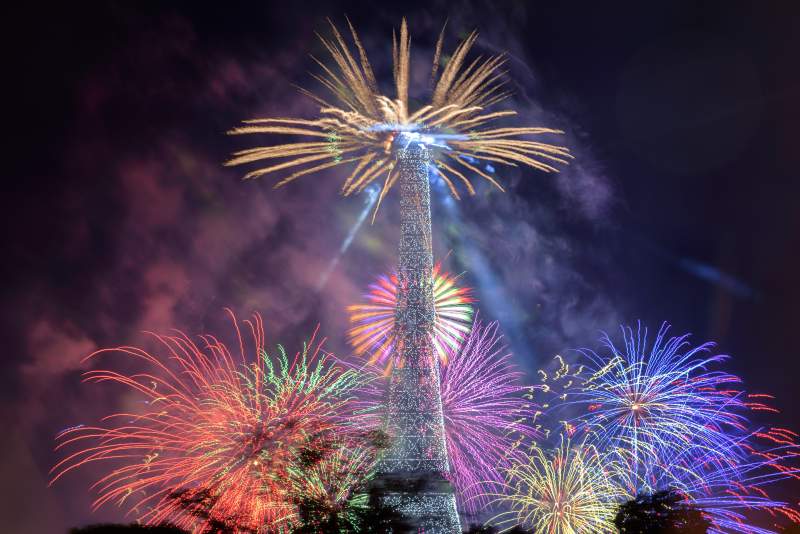 What Is Bastille Day? Everything Culture-Savvy French Learners Need To Know

When you learn French, you inevitably learn something of the history, culture and customs of France and other French-speaking countries.

At the same time, you need to learn about these cultural points of reference to understand and communicate properly with French speakers.

So, as a French learner, you’ll definitely need to know what is Bastille Day, and why it's a momentous day in French history.

To help you, I've put together this guide to everything you need to know about French independence day. By the end, you'll know all about the history of the event, and what on earth firemen have to do with it. Plus you'll know how to talk about it to French people.

When Is Bastille Day?

Bastille Day takes place each year on 14th July, the anniversary of the storming of the Bastille in Paris.

The official name for it in France is La Fête nationale. But most people refer to it simply as le 14 juillet.

What Is Bastille Day?

Bastille Day is the French national day. It's a national holiday in France and French people celebrate it with much enthusiasm in the capital and throughout the rest of the country.

To help you understand the significance of Bastille Day, let’s start by looking at the history behind the event and some Bastille Day trivia.

In the late 18th century, following several costly conflicts, France was nearly bankrupt. This meant ordinary people had to pay a lot of taxes. Poor harvests and inadequate infrastructure had also led to an increase in food prices. So this was a time of great hardship for many.

Back then the country was an absolute monarchy. But revolutionary ideas about justice and equality were in the air. And representatives of the common people had created a National Assembly.

Against this background of popular unrest due to food shortages and high taxes – and fears about the crushing of the National Assembly – festering discontent culminated in the storming of the Bastille in Paris by an angry mob on 14th July 1789.

The Bastille was a medieval fortress, prison and armoury dating back to the 14th century that held political prisoners. Many of them were sent there on orders issued in lettres cachets.

These were letters the king signed that locked people away summarily and without trial for an indefinite period. As such, the Bastille was a potent and hated symbol of the tyrannical and arbitrary power of the crown.

By 1789, due to the high costs of maintaining a garrisoned medieval fortress, there were only seven prisoners left in addition to gunpowder and weapons. And these were of more interest to the attackers.

Many people believe that the fall of the Bastille was the catalyst that launched the French Revolution, which resulted in:

The French Revolution was a momentous occurrence with profound effects reaching far beyond France. Many feel it's one of the most important events in the whole of human history.

July 14th Celebrations Throughout The Years

On July 14th, 1790, the year after the storming of the Bastille, the event was remembered at the Champ de Mars, then well outside of Paris, at a commemoration known as the Fête de la Fédération. It was a celebration of the French nation, the founding of the Republic and the success of the Revolution.

When Napoleon came to power in 1799, he was uncomfortable with the revolutionary connotations of the festivities. So he transformed the day into a military parade. After, with Napoleon’s defeat at Waterloo in 1815 and the restoration of the monarchy, the event came under suppression. During this period, celebrating 14th July became a kind of underground act of defiance against the monarchy.

After the establishment of the Third Republic in 1870, semi-official celebrations of the storming of the Bastille began to take place again. In 1880, the French government wanted to create a new national day for the country, and several dates were proposed.

Although the choice of July 14th was an obvious one, it was also seen as problematic to root the national day in the events of bloody rebellion that took place at the Bastille. Instead, it was decided that the day would jointly commemorate July 14th 1789 and the Fête de la Fédération of 1790 which celebrated the unity of France.

So it was that from that time, July 14th became cemented as France’s day of national celebration.

One of the most important aspects of the modern Bastille Day festivities is the military parade in Paris. This parade is among the oldest regular military parades in the world and is also the largest in Europe. It has taken place in Paris every year since 1880 – except during the occupation of the Second World War when it took place in London.

It sees military hardware, soldiers and sometimes civilians troop past the French president and French officials as well as a number of foreign dignitaries in attendance as guests. There's also a flypast and a TV broadcast of it. One of the common traditions of Bastille Day in French homes is to watch the parade on television.

This is the same parade that famously so impressed visiting US president Donald Trump in 2017 that he vowed to better it with his own military parade in Washington. But, it seems Trump was slightly missing the point.

Unlike parades that were once common in the Soviet Union and that now take place in countries like Russia, China or North Korea, the French military parade on July 14th isn't supposed to be an overt show of military might.

Instead, the French military parade is an expression of patriotism and citizenship. In some years, units from other countries are also invited to take part, demonstrating France’s perception of its role on the world stage and its commitment to the wider international order.

The parade has also previously included children who released doves. Members of the Paris Fire Brigade traditionally appear in the last part of the parade. They're technically a part of the French military but hardly a particularly martial unit.

In this way, the military parade in Paris is more of a celebration of peace than an expression of war.

What Else Happens On Quatorze Juillet?

Apart from the military parade, many other events take place in the capital and throughout the rest of the country to mark the French national holiday.

You'll find free musical performances, concerts and other entertainment. And many people also enjoy communal meals where they eat food outside in large marquees.

Another tradition is that of the bal des pompiers, the ‘firefighters’ ball’. These are dance parties that take place in fire stations throughout Paris as part of the celebrations.

Finally, in the evening, the sky above the Eiffel Tower lights up when the spectacular fireworks go off. The best place to see them is the Champ de Mars, now, of course, well within the city limits.

Various institutions celebrate in a range of other ways. For example, in 2019, you can

Like any national day in any country, French people may feel more or less patriotic about the 14th of July. While many will certainly feel a sense of national pride, others may simply enjoy the free entertainment and take advantage of having a day off work to spend time with family at home or to go out for a picnic.

How To Talk About Bastille Day In French

If you have the chance to visit, a trip to France during the July 14th celebrations will be unforgettable!

You'll be able to:

Here are a few useful vocabulary items related to the Bastille Day celebrations.

So there you have it – now you know the answer to your question ‘what is Bastille Day', some Bastille Day traditions and more besides.

Now you know how to refer to it with French people (not as Bastille day!), how the event got started and how it's celebrated in Paris and all around France.

So all that's left to do is book your trip and find a nice spot on the Champ de Mars to admire the fireworks from.

With the new vocabulary you've learned, you'll be able to strike up a conversation with the French people around you and soak up the atmosphere of this very special day in the French calendar.