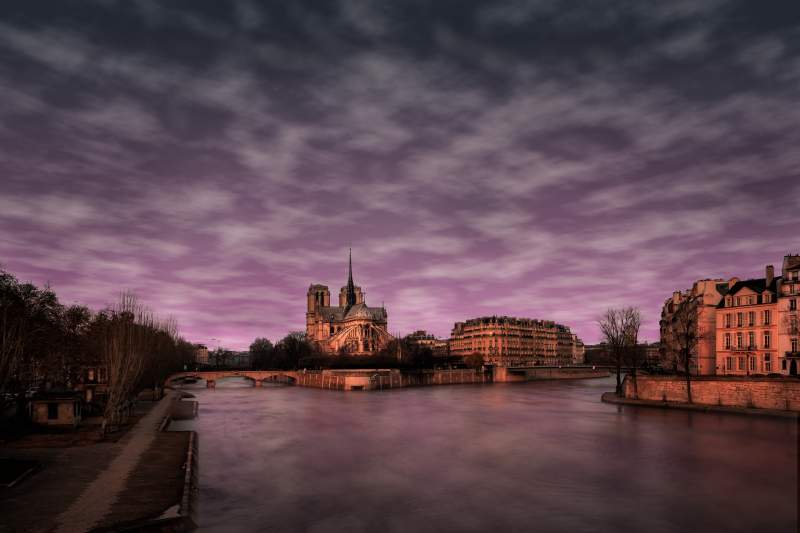 When you learn French, if someone asks you what the best way to get fluent is, you'll probably answer, without hesitation: live in France or another French-speaking country.

While to a certain extent, you might be right – travelling abroad is an excellent way to learn a language – it’s not quite as simple as that.

In this post, I want to talk about why immersion works, why sometimes it doesn’t. And also how you can enjoy the benefits of immersion without having to travel abroad.

So, if you fancy learning French, without the upheaval of moving to another country, this post is for you.

By the end of it, you'll know the most common mistakes I see regarding French immersion and how to avoid them. You'll also be ready to set up your immersion environment from home.

Ready to immerse yourself in French from home? Let's get started then.

How To Avoid The Biggest French Immersion Fail Of All 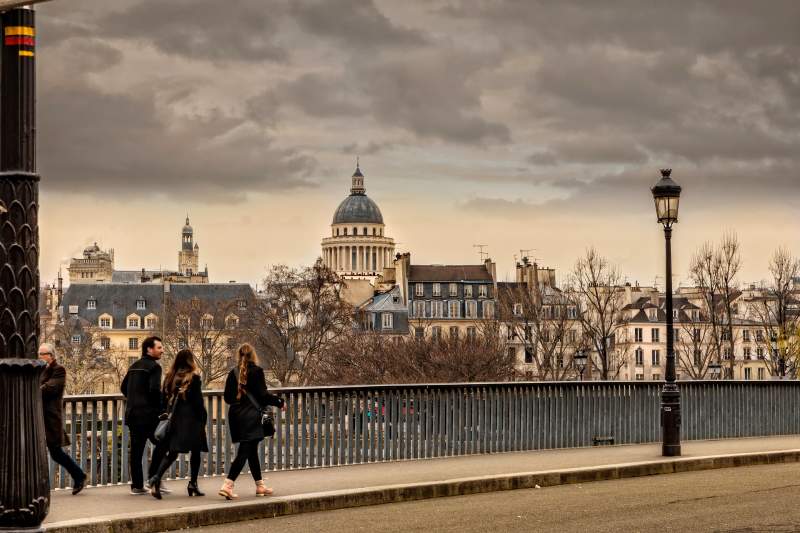 Let’s kick off by addressing a common misconception. Some people believe that all you have to do to learn a language is to stay in a country where that language is spoken and you'll automatically “pick it up” with minimal effort.

Unfortunately, that’s not how it works. And I know plenty of people who have gone to live abroad without picking up much of the language at all.

Let me tell you a story to illustrate this. I once had a friend whose dream it was to quit his job, move to France and open a bed and breakfast.

One day, he announced that he had found the perfect place and was preparing to set off across the Channel on his great French adventure.

He couldn’t speak any French before he went. But he didn’t see this as a problem. Like many people, he just assumed he would pick it up in no time just by living in France. He didn’t give much thought to learning the language before he left.

However, when he arrived, he quickly discovered that the reality was quite different from his expectations.

In the village where his B&B was located, nobody could speak any English. And since he couldn’t speak French, he was unable to communicate with anybody.

In the end, he spent a very lonely and miserable year before he finally managed to learn enough to get by.

French Immersion At The Right Level 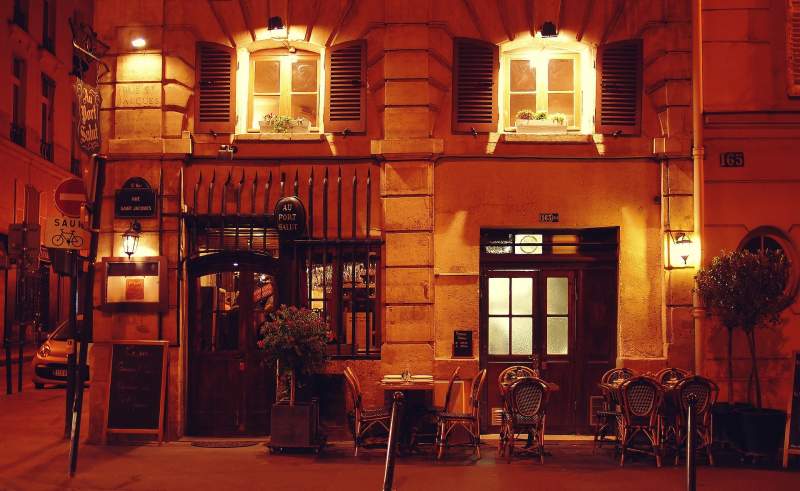 As you can see, ‘immersion’ in this sense is not enough. You won't pick up French just by being surrounded by French people, eating French cheese and drinking French wine. You need more structure than this.

Let’s look at it another way. Imagine I sat you down in front of a television for a month and made you watch it every day in a language very different from your own, one that you didn’t understand at all. Assuming your first language is English, it could be something like Tamil or Thai.

Even if you watched every day, how much do you think you would pick up by the end of the month? I’ve never tried this experiment.  But I’m guessing it would be little more than just one or two words.

So now imagine you speak no French at all. And I send you off to a bar every day with a group of French speakers. Each day, they chatter away together, and you understand almost nothing.

Of course, French is closer to English than something like Tamil or Thai, so you might pick up a few more words. But at the end of a month, you still wouldn’t have picked up much more of the language than if you spent the whole month watching that TV. 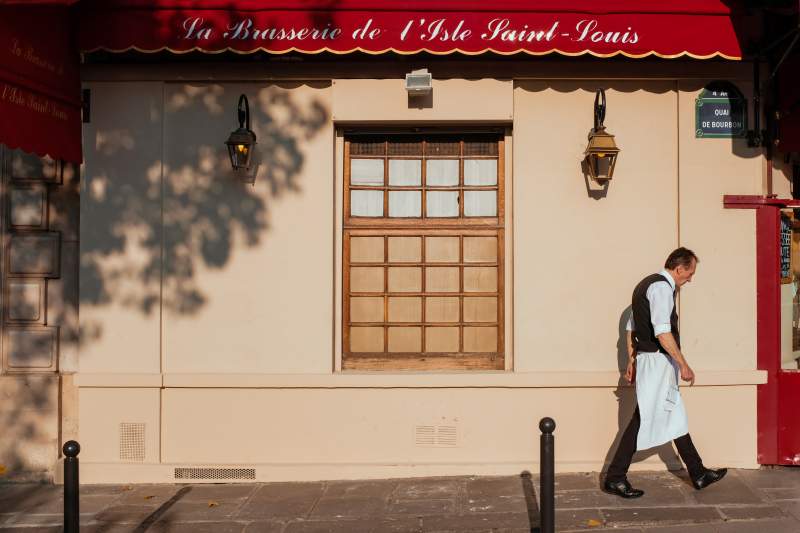 The reason for this is that the language input you would experience in either of these situations is completely wrong for your ability.

If you can’t understand anything , it will be a waste of time. You won’t just pick it up. And I expect you would probably become bored, depressed, frustrated, angry, or a mixture of all of these, after just a few days.

For immersion to work, what you need is comprehensible input (this is exactly how the StoryLearning® method works). For it to be useful, you need to hear, read and practise French that is at the right level. And this means French that is just about at your level and then a bit higher.

Imagine a different situation. Imagine that instead of going to the bar with that group of French speakers who babble away in full-speed, incomprehensible French, you find a quiet bar where you can sit and talk one-to-one with the barman.

In this situation, with only an elementary knowledge of the language, you could sit at the bar each day and speak to the barman using whatever French you had.

You would be able to answer simple questions about where you are from, what your job is and so on. And practise all the other basic sentences you learn when you start learning a new language.

In this situation, assuming the barman is a sympathetic speaker who knows to talk a little slower than normal and is able to choose simple words that you understand, I’m quite sure your experience would be completely different.

I’m willing to bet that after just one month, your French would have improved a lot. That’s because you're getting the opportunity to practise French at a suitable level, creating meaningful interactions that you understand. And you're receiving lots of comprehensible input. 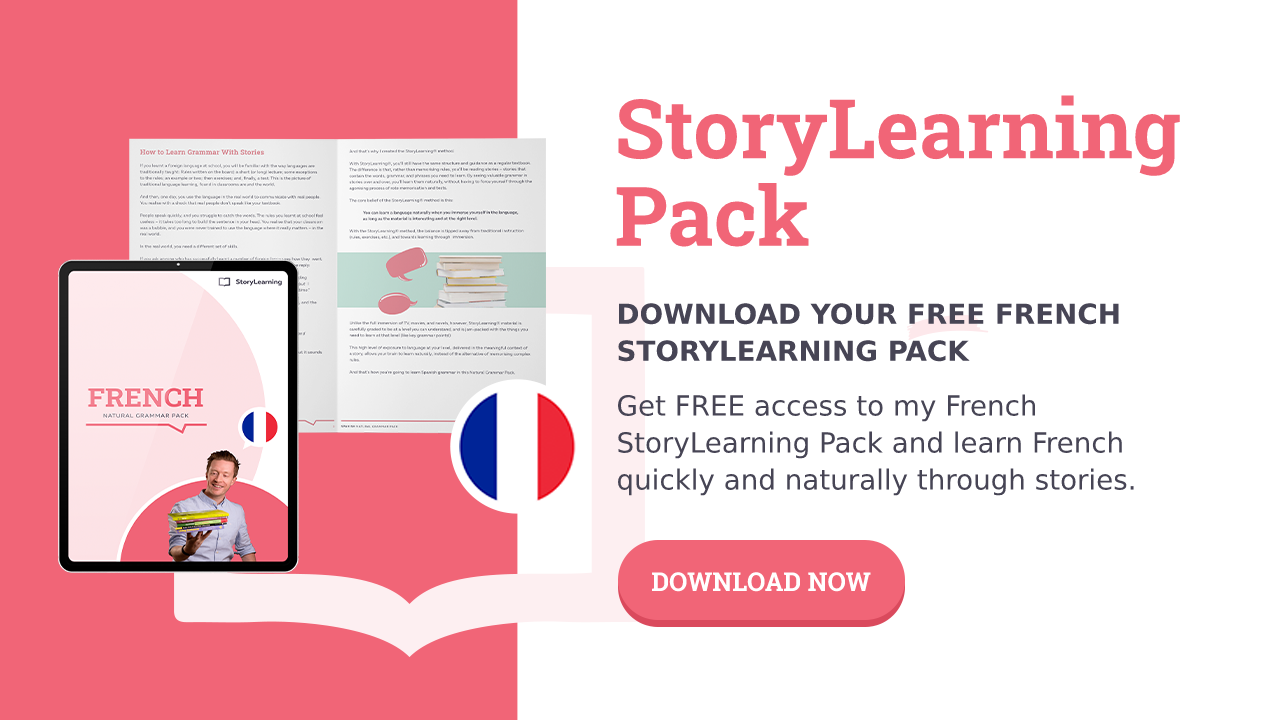 How To Do French Immersion Without Leaving Your Home 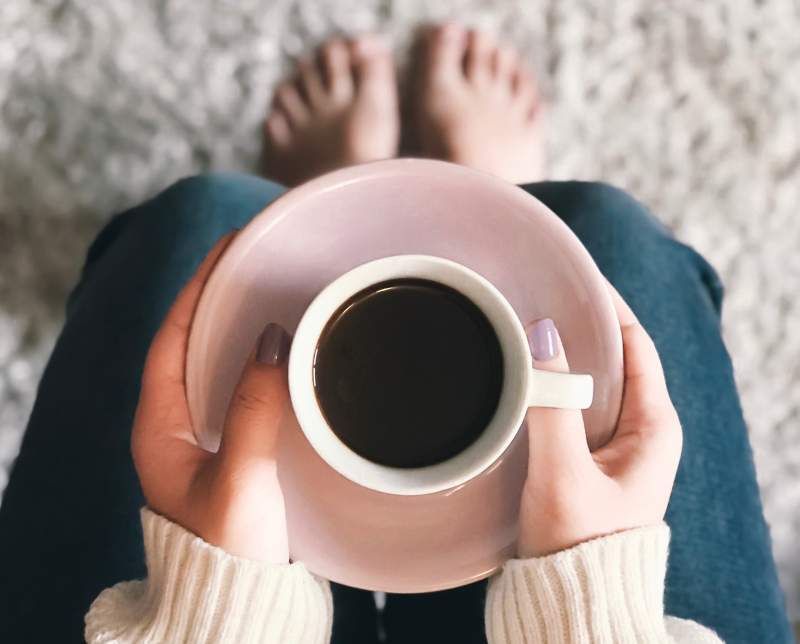 What this all tells us is that if you want your immersion to be successful, it has to be at the right level.

This is why immersion works best for intermediate learners trying to progress to advanced. Or for those who are already advanced and who are trying to improve further. If you have a decent level, you'll already have a base on which to build.

So far, I’ve been talking mostly about a hypothetical situation where you go to stay in a French-speaking country to work on your French.

While this might not be possible for everybody, the good news is you can create your own ‘immersion environment’ at home without ever needing to travel anywhere.

What you need to realise is, even if you travel to a francophone country, you're not immersed in French 100% of the time.

After a few days or weeks of living in a French-speaking country and speaking French every day, you'll probably find yourself starting to think in French or even dream in French. But you won’t be practising French every minute of every day. You're only really immersed at certain times during the day.

In the same way, you can immerse yourself in French at home for shorter periods and still have the same benefits – as long as you find the right materials at the right levels. You need to find materials that offer you that perfect level of comprehensible input.

What Materials Should You Use For French Immersion? 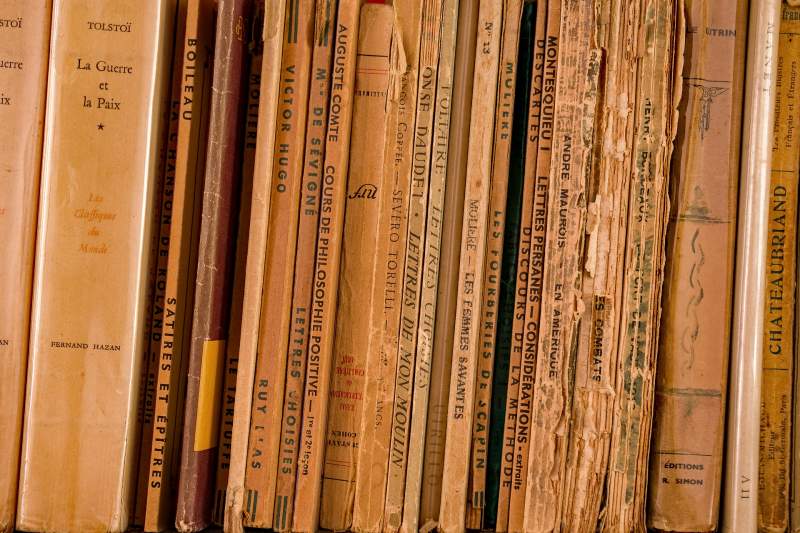 Hopefully, I’ve convinced you, and you’re ready to try. So what materials should you use for immersion study at home? And how do you know if the materials are right for you?

As I’ve already mentioned, you should be exposing yourself to French that is about your level but just a little bit higher. This means you should understand roughly 90% of what you hear or read (this is one of the key “rules” of StoryLearning®).

In terms of vocabulary, you should know nine words out of every ten you come across. This way, you will understand enough to know what is going on, but you will still be pushing yourself to learn more.

A great place to start is podcasts. There are a large number of high-quality podcasts out there, some for French learners and others for native speakers.

You can easily find something at the right level. And importantly, that you find interesting.

Just make sure you don’t tackle anything too advanced for your level. If you dive straight in with podcasts aimed at native speakers and find that you understand very little, you’re not doing it right.

Check out my article recommending the 8 best French podcasts.

Listening to the radio and watching TV is an excellent way to improve your French once you reach the level where you can understand enough of it.

If you understand 90% of a broadcast aimed at native speakers, you're doing very well. And your French will improve rapidly if you make a habit of watching or listening regularly.

Films, too, are an excellent resource. They can be challenging at first. But if you have the level, they can really help boost your French skill. Check out my recommendations for a few good ones to watch here.

Finally, there’s reading. Because of the many words that French and English share, it’s quite easy to start reading in French. Once you reach intermediate and above (and even earlier), developing a reading habit in French is one of the best things you can do.

Check out my article on how to do it and which French books to try. 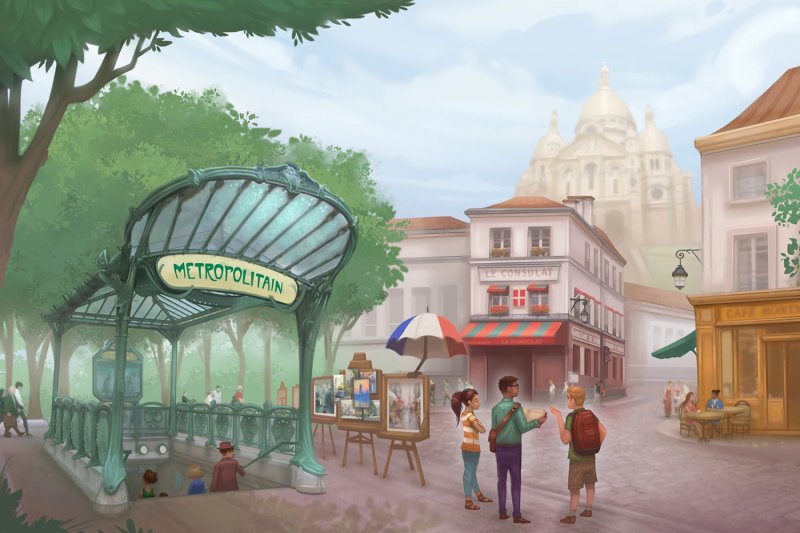 As you can see, immersion does work – there’s a reason why it has a reputation for being one of the best ways of learning a language. But you need to do it right.

If you understand why immersion works, you can make sure you receive the maximum benefit from your trips to francophone countries.

And if you don’t have the opportunity to travel, just by knowing how and why immersion is so effective, you can create the same conditions at home and still make similar speedy progress.

If you're interested in using comprehensible input, or controlled immersion to learn French, then you're going to love, French Uncovered.

In this course, I share the same techniques I used to learn Italian from scratch in 90 days, in London, with engaging and compelling content suitable for my level.

You can learn more and join the course for a week for free here.

What are your thoughts on French immersion? Have you tried moving abroad to learn French? Or do you prefer to create a French immersion environment from home? Let me know your experiences in the comments.