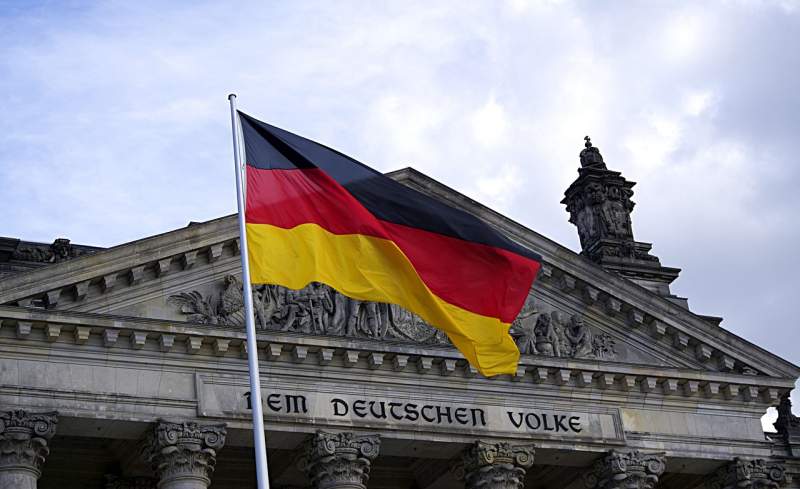 Complete Guide To German Pronunciation: Reduce Your Accent & Sound Like A Native

When you first start learning about German pronunciation, it can be intimidating.

The sounds are tricky. And words that have the same meaning and spelling as English can sound entirely different.

While German is definitely very different from English, it’s not that much harder. Once you learn the rules and patterns, pronouncing German words correctly is easier than you imagine.

Think about some of the words in English that can be hard to pronounce:

This guide will walk you through some of the most common (and hardest) sounds in German and provide you with some tips and tricks that will bring you one step closer to sounding like a native.

By the end of the post, you'll have a clear understanding of the fundamental sounds of German and pronouncing them will seem a lot less intimidating.

By the way, if you're determined to master German pronunciation, I recommend German Uncovered, my in-depth online German course for beginners that teaches you through the power of story.

German Pronunciation Is Easier Than It Seems 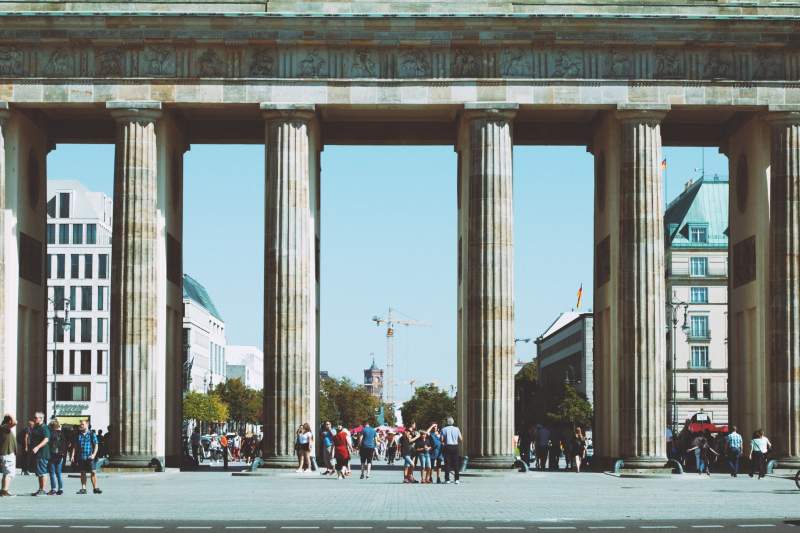 There are a lot of myths about the German language. People talk about how difficult and ugly it is, and how different it is from languages like English.

But many people don't realise that English is actually a Germanic language! That’s why so many words and sounds are similar – our languages evolved from the same ancestor language as theirs.

One of the most common myths, that scares people away from learning German is that it doesn’t make sense.

There's a perception that there are endless rules about how to pronounce things. But then countless exceptions to those rules. While that’s true, you could say the same thing about English or just about any other language.

In my opinion, German is actually one of the languages that makes the most sense.

Once you learn how certain letters and letter combinations sound, you can almost always rely on them sounding the same regardless of the word or context they’re used in. Sounding out a word phonetically in German actually works much more often than it does in English, where letters change their sounds constantly without any clear logic.

The Basics Of German Pronunciation

The easiest and best place to start mastering German pronunciation is with the German alphabet.

When you know how each letter is pronounced, things get a lot easier. Just remember that that pronunciation changes a bit when any of these letters are paired! Start by listening to each of the letters and following along with the table below:

When certain letters are paired in German, they always produce the same sound.

This means that learning to recognise and pronounce these combinations can go a long way to helping you sound more natural.

Here are some examples of those paired letters and how they are used in common German words. Again, listen to the examples and follow along using the table below:

Now that you've got a handle on the German alphabet and some of the common vowel combinations, let's look at some of the sounds which tend to cause the most difficulty for English-speaking learners.

Following an a, o, u or au the ch sound in German is pronounced like the ch in the phrase ‘Loch Ness monster'.

When ch doesn’t follow one of those letters in German, it creates a much softer sound, almost like an English ‘h' but with a little more friction.

When you pronounce ch in German, you should feel air roll over your tongue because the sound is coming from the back of your throat.

This one can be a bit tricky for English speakers since we don’t really have an equivalent sound. The p and f are both pronounced individually, but very quickly – it almost sounds like “puh-fuh”, but in the space of one letter.

A good trick is to pronounce the f sound like in ‘fate', ‘funny' or ‘fake', then, add a quick “puh” before it.

If you’re struggling to pronounce the pf sound, don’t let it stop you from speaking German. Until you master it, people will still understand you if you pronounce these words with just an f sound instead.

The funny thing about the qu sound in German is that it doesn’t sound like a q or u in English. The closest comparison in English would actually be something like ‘kv'.

The way the qu sound is pronounced is actually a lot like the pf sound in the sense that you’re fitting two letters into the space of one.

It should sound almost like “kuh-vuh” with all of the emphasis on the “vuh”. In a sense, the “kuh” is just an accent at the beginning of the word.

Practice this sound by saying “kuh-vuh” slowly then speeding up until the two sounds gradually become one. This kind of repetition or drilling is a great way to get your mouth and lips used to making the sounds of German.

This is one of those pronunciations that isn’t difficult for English speakers to master but still tends to cause a lot of confusion.

You simply need to remember that when you see an sp or st in German, it actually sounds like shp or sht. Basically, a hidden ‘h' is added between sp or st when they appear together.

When you pronounce sp or st, you say “shh” first, followed by the consonant sound of the p or t:

When pronouncing the sp or st sound in German, you should feel a build up of air in the front of your mouth—almost like you’re telling someone to “shhh” in a movie theater.

German has three letters that we don’t use in English – ä, ö, and ü.

Put simply, the umlaut (the two dots above the a, o, and u) indicates that a hidden e follows the vowel. So basically, you can read ä as ae, ö as oe, and so on.

Listen to native German speakers pronounce words with umlauts, and mimick them yourself over and over again.

An umlauted letter always sounds the same in German—no matter what context it appears in, so once you've get the hang out it there are no exceptions to worry about!

German is famous for having words that are ridiculously long. The longest word in the language is:

That's a mouthful even for native speakers.

But despite how scary those compound words can look, they’re not hard to pronounce!

Any long German word is more than likely several tiny German words strung together. It’s essentially the equivalent of saying “the bigblackdog” in place of “the big black dog”.

In fact, when pronouncing these long compounds words in German, you simply need to pronounce every smaller word as if it were separate.

When you first encounter a long word in German, draw lines through each of the syllables to divide it into smaller chunks then work on pronouncing each chunk alone. Eventually, you'll be able to combine the different syllables and pronounce the whole word together.

This may even help you figure out the word's meaning. For example, Schneeeule looks complicated because of its three e‘s, but it’s really just Schnee Eule (snowy owl) written together as a single word. 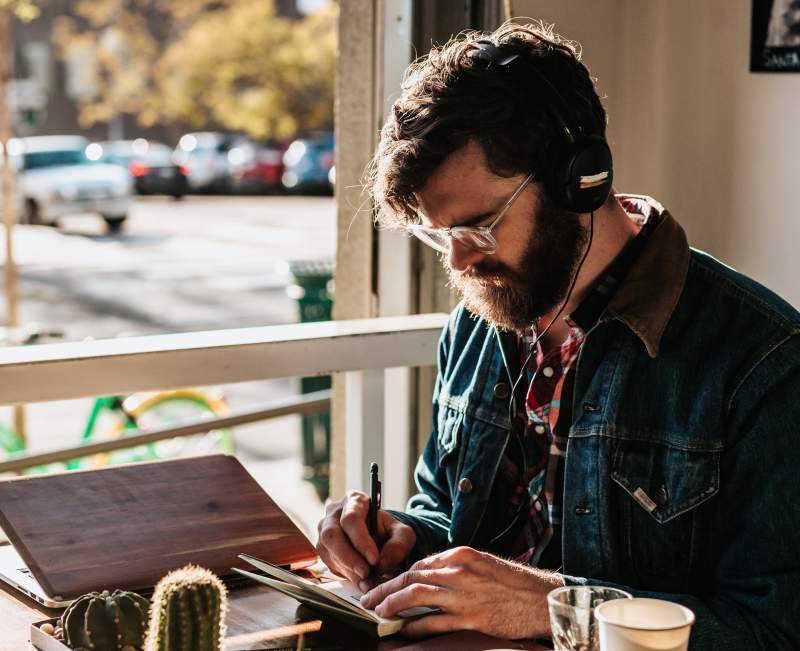 When it comes to mastering pronunciation in any language, the key is practice, practice, and more practice.

As you work on your German, you’ll find that your understanding increases in waves.

During the first month, you’ll learn a lot! But then things may plateau and you might not notice any more monumental changes until the six month or one-year mark.

The most important thing is to not give up and to constantly continue to try to improve your German pronunciation.

Before you try to learn what German words mean or how to use them, you need to understand the building blocks of the language – the sounds.

Refer back to those first few pages of your German textbook or to this article regularly and repeat the letters and common sounds to yourself over and over again.

As you gain confidence, hire a German tutor (ideally a native speaker) and start working on your speaking skills with them. You may think you’re pronouncing German words perfectly, but a native speaker can help make sure you’re fixing even the smallest mistakes.

You don’t want a simple error in the first few weeks of learning German to stick with you for months—it’s easier to learn things correctly from the beginning than to relearn them later.

Once you have the basics down, you need to get as much exposure to the sounds of German as possible. This is the time to sit down and watch or listen to :

While you're listening, read the subtitles or lyrics to make sure you’re pairing up the sounds with the right words and getting a feel for the flow of the language.

Eventually, you’ll develop the listening comprehension skills necessary to understand spoken German. Even if you don’t know what the words mean, you'll soon be able to identify which words have which sounds.

Your recognition of German sounds will come before you learn to produce them perfectly, so it’s important to spend a lot of time listening in order to familiarise yourself with the language.

The more comfortable you become recognising the sounds of German, the easier it will be come to produce them yourself and pronounce them correctly when speaking.

I know that German can seem intimidating at first, but hopefully, this post has helped you wrap your head around the fundamentals of German pronunciation and how you should approach them.

I promise that once you get the hang of the basics, German pronunciation is really not as hard as you think.

Just focus on listening as much as possible, pay close attention to each of the different sounds and try to mimic what you're hearing when you speak. Train yourself to hear the language and your pronunciation will follow on from there.

It's German Uncovered, my story-based German course to take you from complete beginner to intermediate level, without pouring over grammar books and text books.

Note: Huge thanks to Gabriel from the Sprachheld blog for contributing the audio recordings for this post!