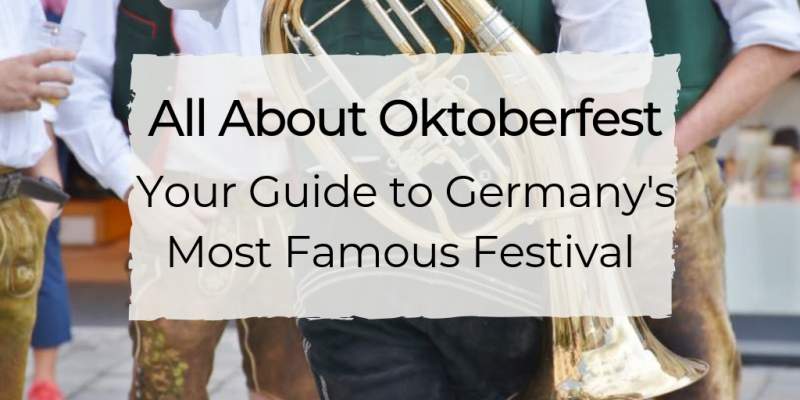 All About Oktoberfest: Your Guide To Gemany’s Most Famous Festival

The annual German festival where millions of people come together over two weeks or so to drink beer and eat sausages while wearing traditional Bavarian clothes.

Well, there's much more to this celebration than getting drunk in Lederhosen.

What you might not know is that there wasn't any alcohol at the first Oktoberfest!

Find out how this 200-year-old tradition began, evolved, and became the festival we know today.

And get some language tips to help you find your way round the beer tent and make some new friends over a Festbier or festival beer. 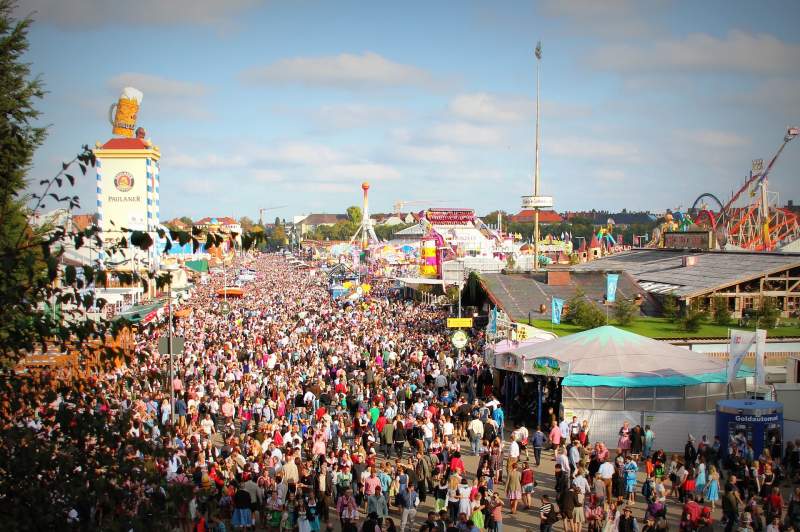 Oktoberfest is an annual beer festival in Munich, Germany that attracts millions of international visitors. But did you know that not all Germans celebrate Oktoberfest? It's actually a regional festival that originates from the south-eastern state of Germany called Bavaria.

You'll find beer and wine tents filled with rows of tables and benches where you can enjoy refreshments and upbeat music. Eighty carnival rides provide entertainment. And you can find dozens of stands with traditional German cuisine.

However, Oktoberfest wasn't always the beer festival we know today. The event has changed immensely over the past two centuries. And new layers of tradition have been added along the way. Today, both new and old customs culminate in this festival to honor Bavaria's rich cultural heritage.

The idea of Oktoberfest began in 1810 as a royal wedding celebration between King Ludwig I and Princess Therese of Saxony-Hildburghausen. The citizens of Munich gathered at the Theresienwiese (Therese's meadow), now known as the Wies'n, to attend the festivities and watch the horse races that highlighted the union.

Most royal weddings don't become annual festivals. But this one was different. In 1811, the agricultural society decided to sponsor another horse race event and include an agriculture show. Back in the 19th century, Bavaria had a predominantly agrarian economy, and most of the state's finances came from farm products.

For the following seven years, the agricultural society continued to hold annual celebrations that featured contests, exhibitions, livestock, and other farm products. By 1819, the event became so large that the city of Munich took over the organization and financial burden.

New amusements were added to include swings, slides, carnival booths, tree climbing competitions, sack races, and other contests. A particular celebration took place in honor of the royal couple's silver wedding anniversary in 1835. As a highlight, a historical pageant was held to display traditional Bavarian costumes.

Towards the mid-19th century, the horse races came to an end. The agricultural show continued. And the event was moved to September to allow for better weather conditions.

At the end of the 1800s, the local breweries began sponsoring the festival and setting up beer tents. In 1887, they initiated the first parade, which featured extravagantly-decorated horse wagons and traditional band music.

The Münchener Kindl (the Oktoberfest mascot) led the way with the first horse cart and the city mayor. Afterwards, the other brewery wagons and tent proprietors followed. 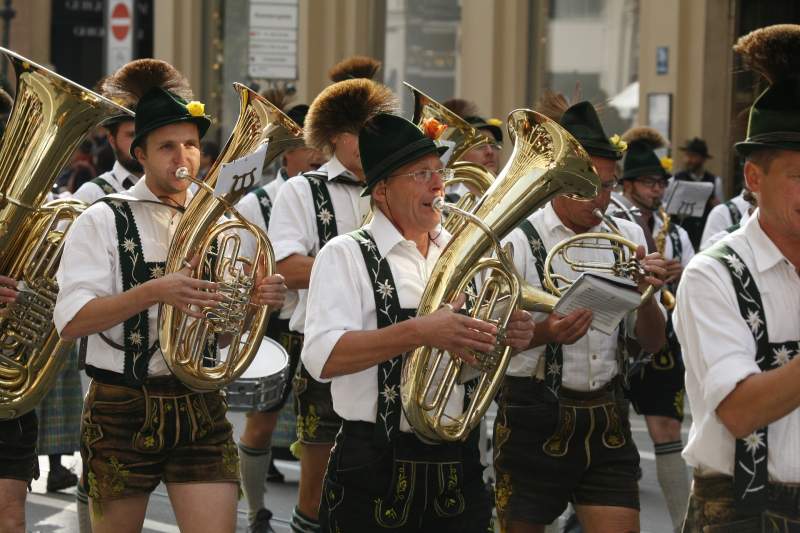 The official tapping of the keg began in 1950 in the Schottenhammel beer tent, which is the largest tent at Oktoberfest. At the end of the procession, the mayor opens the 1st keg and proclaims O’ Zapft is! (It's tapped!), marking the official start of the festival.

In the same year, the Trachten und Schützenzug (Costume and Riflemen's Procession) began. This parade takes place on the first Sunday of the celebration and features historical costumes that showcase regional diversity. You can expect to see riflemen, marching bands, traditional carriages, floats, thoroughbred horses, and livestock.

Every year, over six million visitors consume at least 1.5 million gallons of beer and 200,000 sausages at Oktoberfest. The festival begins in late September and lasts until the first Sunday in October. Although the modern-day festival barely resembles its humble beginnings, the traditions that started it all remain alive.

Today, Oktoberfest reflects Bavaria's traditions, diversity, and sense of community as they have evolved over the past two centuries. At the heart of the celebration lies a deeply-rooted passion for life and socializing with family and friends.

Fourteen beer tents range in size from small to large. And some can even hold up to 10,000 people at a time. Around 80 rides and attractions entertain. And there's also a church service on the first Thursday of the event.

Festival-goers can enjoy roller coasters, carnival rides, game booths, a Ferris wheel, live music, and other activities. For many Germans, Oktoberfest is a celebration that offers a welcomed break from their daily routines and the opportunity to enjoy a beer and sausage in a community setting.

Nowadays, you can even find Oktoberfest in other cities and countries. In Europe, Oktoberfest celebrations take place in Frankfurt, Stuttgart, Copenhagen, London, Paris, and Manchester. Outside of Europe, you can find hundreds of festivals that mimic the traditional Bavarian event, even in Brasil and Asia.

Moreso than in other regions of Germany, Bavarians take pride in their traditions, both past, and present. This is showcased in every aspect of the celebration from the cuisine to the lively entertainment.

You'll find a mix of local specialties that include:

Münchener Kindl is the Oktoberfest mascot and is Munich's symbol for their coat of arms since the 13th century. When translated, the term means Munich child. In German, München means Munich, but it also means “of monks,” who were earlier inhabitants of the city. During the opening ceremony, it's a tradition for a young woman to dress up as the Kindl.

The festival offers a traditional brass band concert on the second Sunday of the event. Bands from all the beer tents will come together at the Bavaria statue and perform a concert conducted by the mayor of Munich.

You'll hear popular and traditional songs and can often meet local celebrities at the gathering. Afterwards, hundreds of balloons are released into the sky.

On the final day of Oktoberfest, the traditional Böllerschießen (gun salute) takes place. At the stroke of noon, the members of the shooting club meet at the Bavaria Statue and mark the end of the celebration with gunshots from black-powder cannon pistols and rifles.

The modern-day festival keeps old traditions alive while welcoming new ones to the program. For example, the music played at Oktoberfest is an eclectic mix of old and new.

Along with traditional brass music, you'll hear German hits, American oldies, and disco-inspired tunes that will have you clinking your beer glasses throughout the night. 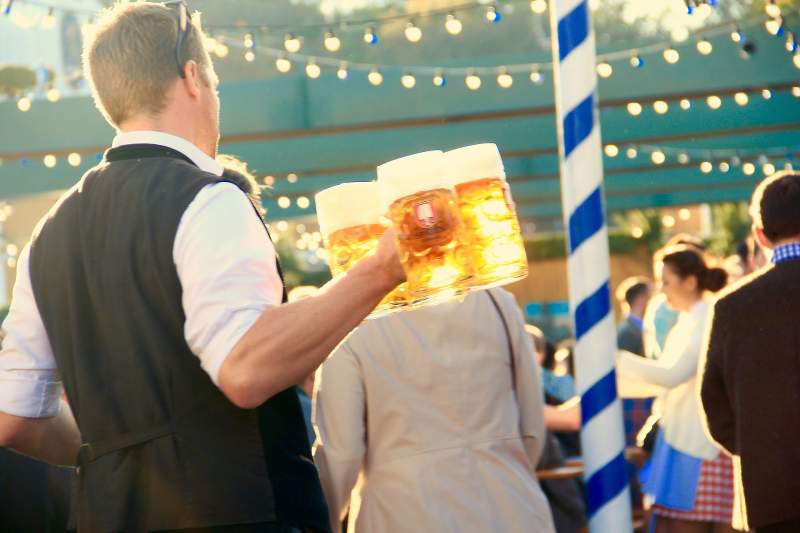 Märzen is the official Oktoberfest beer and is traditionally stronger and darker than regular beer. It's a bottom-fermented beer with an alcohol content of up to 6%.

Only six breweries in Munich are permitted to serve beer at Oktoberfest. And all beer has to be brewed under the Reinheitsgebot (German Beer Purity Law). The law, valid since 1516, only allows four ingredients in the beer: hops, barley, yeast, and malt.

At Oktoberfest, you'll only find beer from the following breweries.

Together, these six breweries make up the Club of Munich Brewers to produce what we know as Festbier (festival beer). What makes these breweries unique is that they brew a new selection of beers each year. So a beer from any single brewery can taste very different from one year to the next. 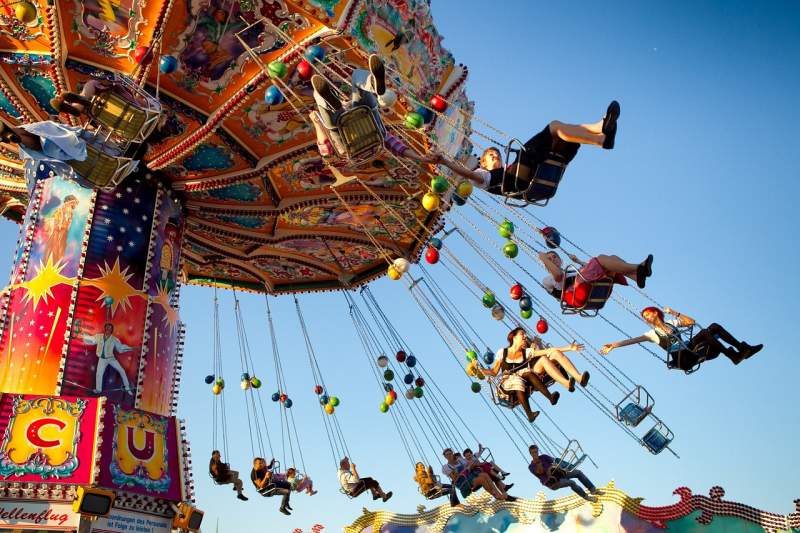 Before you head to Oktoberfest, make sure you know these handy words and phrases. 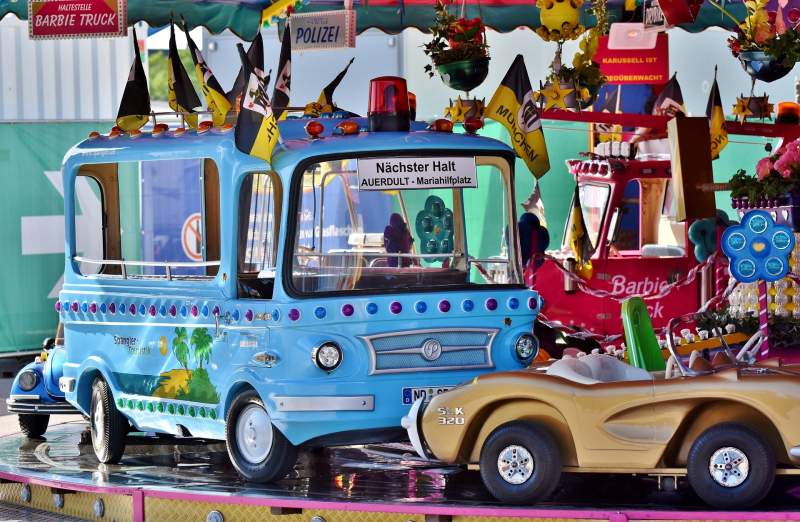 Oktoberfest is a one-of-a-kind celebration that not only preserves old traditions but aids in the development of new ones as well. From its beginning as a royal wedding party, Oktoberfest has evolved to become the world's largest folk festival.

The first celebration has inspired hundreds of similar events across the globe. Now, people come together from all different countries and cultural backgrounds to celebrate comradery, hearty food, and traditional beer.

Oktoberfest is more than a way to quench your thirst. This event symbolizes the significance of German beer garden culture in creating a sense of community. It's no wonder that millions of visitors attend every year to get a taste of German hospitality.

Over to you: have you ever been to Oktoberfest? Is it a festival that you'd love to attend? Share your experiences in a comment below.