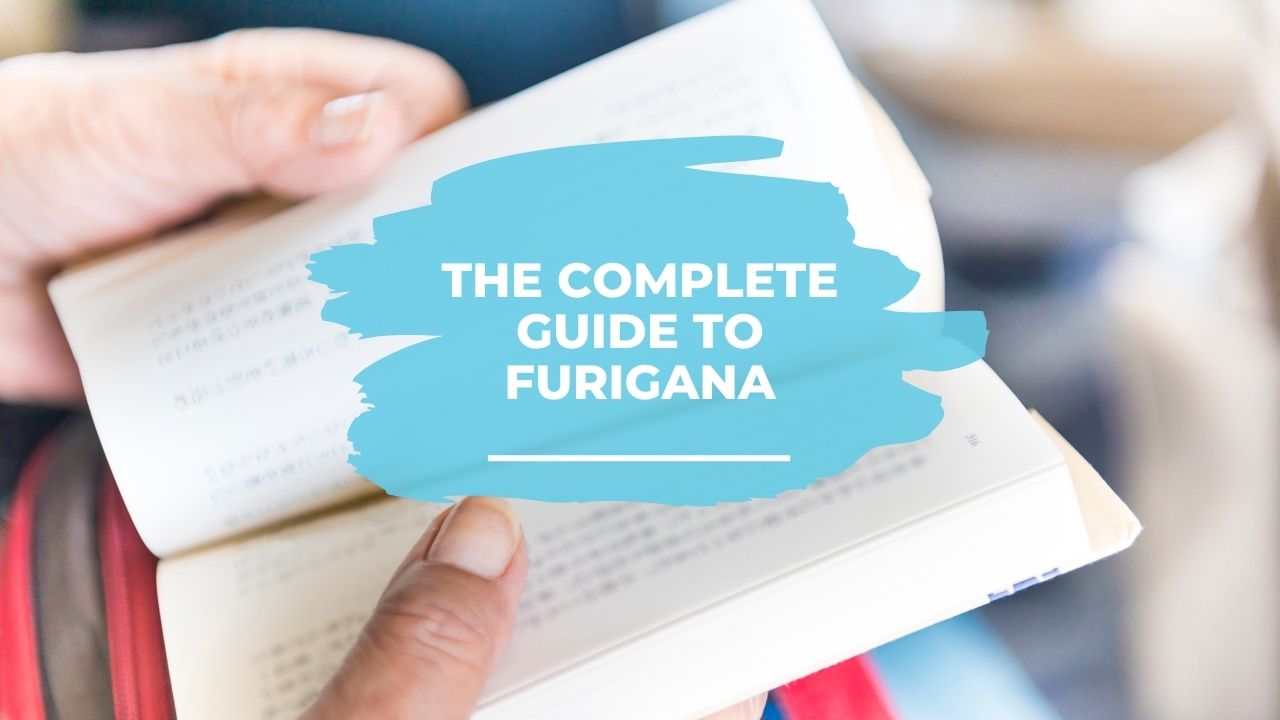 The Complete Guide To Furigana

As you learn Japanese, you probably won’t get too far before you encounter furigana, even if you don’t realize at the time what they are. They're ubiquitous in Japan and in Japanese media like books or manga.

Furigana exists only in written Japanese, not spoken. Some Japanese language learners rely on furigana to boost their vocabulary knowledge. And help them make sense of words that they don’t understand. But others avoid it at all costs, saying that it compromises their ability to actually learn Japanese.

In order to make the decision about whether or not to use furigana for yourself, you need to know:

You might see the word “furigana” and panic. It ends with -gana, just as “hiragana” and “katakana” do. Does that mean you have another phonetic writing system in Japanese to learn?

Furigana is a system used to help people read kanji (and sometimes foreign words) if they don’t know how.

Because kanji can be read in many ways depending upon what other kanji they are with, it’s no wonder that when you’re figuring out how to pronounce a kanji you’ve never seen before, you might not have anything even close to a guess. Furigana is meant to fix that.

Furigana are small letters (typically hiragana) that appear above a kanji word and describe how it is pronounced. This way, you don’t have to memorize the reading of every single kanji that exists!

You can see that we have benkyou (to study), written in kanji (勉強). Above it, written in hiragana, is benkyou again (べんきょう). The purpose here is so that if you came upon 勉強 and thought, “Wow, I’ve never seen that kanji before!” you will understand how to read it phonetically.

You’re most likely to see furigana in widely consumed media like manga, books, and games, because the producers of these items don’t know for sure who is going to be interacting with them and whether those people might need some help reading the words.

If kanji are written vertically (like they would be in a manga), the furigana appear to the right like so. And, like the rest of the text, they are read from top to bottom:

Why Do Japanese Native Speakers Use Furigana?

So…Japanese speakers can speak Japanese. Big surprise. Why on earth would they need a reminder of how to read words, then?

In order to take the guesswork out of it, Japanese publications will use furigana to ensure that the text is accessible to the greatest number of people possible.

As a reminder, the jouyou kanji, or the common use kanji that you learn as you go through school in Japan, amount to just over 2,000 characters. This in no way compares to the tens of thousands of other kanji that are not in daily use. Rare or uncommon kanji or words almost always have furigana with them unless the text is highly specific.

For example, just as a master’s degree-level linguistics textbook might no longer have definitions of “basic” (by that point) terms like semantics, a highly advanced Japanese book specializing in one topic may stop using furigana on the assumption that readers—by that point—understand how to read these unique or specific words.

Another reason that furigana are so common is because the media cannot control who consumes their content. As children grow and are still learning kanji, they continue to need assistance in practicing how to read them. Thus, most highly visible text (again, as in manga or advertisements) will come with furigana for words of medium difficulty or rarity to assist lower-level speakers.

How Does It Work?

Furigana is put together by centering it over the top (or to the right) of the text that it is guiding you on how to pronounce. The furigana are not separated into “chunks” and centered over the specific kanji they are sounding out—unless it’s a very long word, where the formatting will likely place the most relevant furigana over the kanji that it is pronouncing.

There are a few things to note here. First is that in daisuki, you can see that as soon as the kanji stop, so do the furigana. The “ki” is not included in the kanji, even though it’s included in the word “daisuki.”

Second, note how the furigana are centered over the kanji they represent. The “i” in “dai” is not formatted such that it stays exactly over the kanji “dai”. It’s allowed to creep over to the kanji read as “su.” You can't compare a single kanji with the furigana over it on a one-for-one basis.

When very long words are used, however, furigana will usually be broken apart so that they remain over top of the kanji they are sounding out, depending upon whether the font stretches out the kanji when written.

Occasionally, you will come across furigana over English words. For example, some Japanese people don’t know how to read the English word “microwave.” If they encounter that word as English text, it may have Japanese katakana (the “foreign word” syllabary) written over it to assist native Japanese speakers with pronouncing it.

Watashi ha microwave wo kaimashita. (I bought a microwave.)

Japanese people may encounter these English words amid Japanese writing in, for example, foreign advertisements or in the instruction manuals for foreign products. Remember, the purpose of furigana is to help you read by pronunciation.

Should I Use Furigana When Learning?

The great debate: should you rely on furigana to learn Japanese? Some people claim that reading text that is full of furigana gives you consistent exposure to complex kanji while still allowing you to read. Over time, this should boost your ability to recognize those kanji without the furigana since you’ve gotten used to seeing them.

On the other hand, some people claim that by having furigana, you always have a crutch while reading anything in Japanese. Because of this, you’ll never have to learn to recognize or write the kanji you see because you rely too much on furigana. So the decision of whether to learn Japanese with or without furigana can be a difficult one.

In the end, part of the decision comes down to you and knowing yourself. If you present yourself with furigana, are you the type of person to never push your learning past that? Will your eyes default to the simple furigana and not even bother with the kanji? If so, you may want to consider limiting your furigana usage.

Conversely, if you have access to furigana, are you going to attempt to read things at or above your level and challenge yourself? If that’s the case, they may be a great learning tool for you.

In the end, it’s important to remember that everybody’s learning journey is different. What works for you may not work for someone else—and vice versa. Take an honest and critical look at yourself to decide what role furigana should play in your studies.

But remember: even Japanese native speakers rely on it sometimes. If you need to use it too, there’s certainly no shame in that.

The best middle ground if you are unsure is just to immerse yourself in the language and consume the same media that Japanese native speakers would. This will provide you with an appropriate level of furigana akin to what a native speaker would encounter in their day to day life.

You can begin with elementary textbooks and manga, which may have more. And after work your way up to more advanced texts that have less.

As always, immersion is your best choice for developing a robust and lasting understanding of the Japanese language, especially immersion through stories which is the core of the StoryLearning® method.