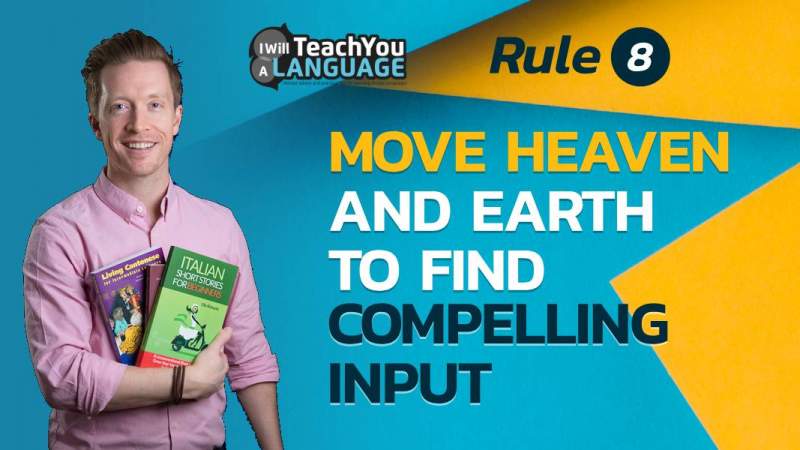 Let’s see how it goes…

There were four of them I think.

Or was it five.

Now apparently, back in the day there was a TV series called Friends, that, it turns out, was quite popular.

According to Google, Friends came out in 1994. And as I recall it, in 1994 my TV of choice was more like Star Trek – The Next Generation.

And, let's face it, Klingons and Vulcans are far more interesting a bunch of people lounging around drinking coffee in some oversized apartment in New York…or whatever those friends actually did.

By the way, it's not just me with a chip on my shoulder about Friends… here's an article from Leo Listening who goes into a bit more detail!

Anyway, being the contrarian that I am, while everyone around me was talking about nothing but this thing called Friends, I refused point blank to watch a single episode.

And let me tell you…

I was proud of being the only person in my school who refused to waste their time watching such rubbish.

And that was that!

Until that is, many years later, when I started my website: I Will Teach You A Language. 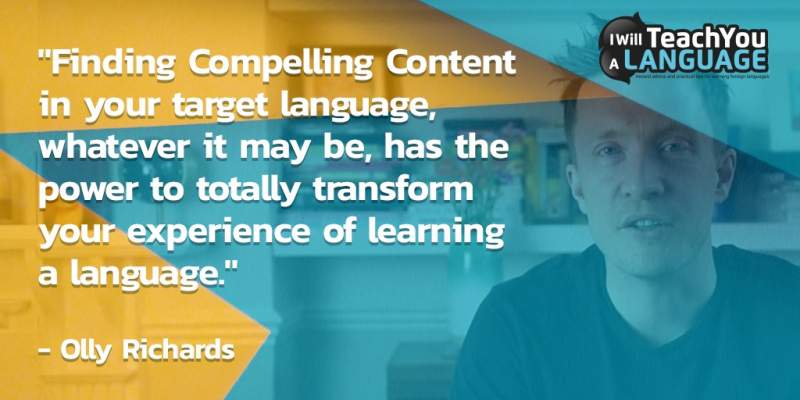 You see, when I started blogging, I began to hear from people around the world who were learning languages. And they would tell me their learning secrets:

But as I started hearing all these fantastic language learning stories from around the world, there was one group of people in particular who caught my attention.

One group of successful language learners, many of whom had used the exact same method to become highly fluent in a second language…

A “magic method”, it would appear!

A method that seems to have produced more proven, documented fluent speakers than any other!

And what is that method, I hear you ask?

You see, the group of people I'm talking about is English learners.

The good people from around the world who have learnt English as a second language, and more often than not, when they email me and tell me how they did it, they say:

“When I was a teenager, I just watched Friends every night for about 6 years. And I was fluent in English by the end!”

You can picture it…

Teenagers around the world, from Japan to Mexico, Brazil to Azerbaijan, are sitting in their rooms streaming Friends on their iPads…

For years on end…

And they're learning English to a very, very high level.

Why The “Friends” Fluency Method Works 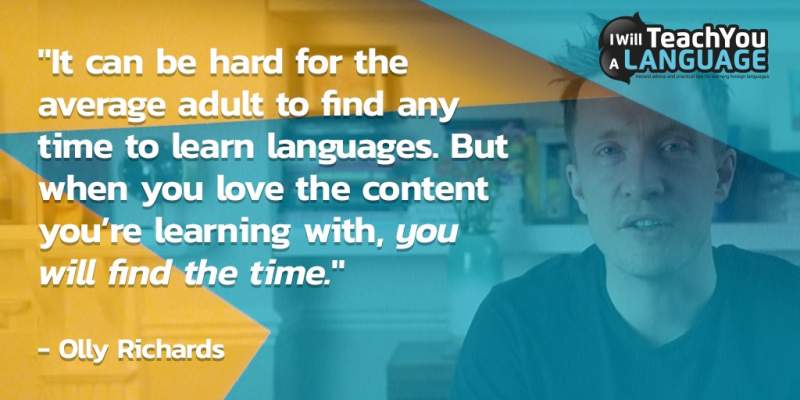 Now, forget 6 years – watching Friends for even 6 minutes sounds like a fate worse than death to me…

But there is a very important language learning lesson hiding in there.

Now I don't know for what ungodly reason people seem to like Friends, but I will admit it, they do.

For your average teenager – and maybe even the odd adult – they love Friends so much that they're willing to spend years of their lives watching it.

Anyway, for these Friends fanatics, Friends represents something we can call Compelling Input.

And Compelling Input, my friend…That is their “secret language learning weapon”.

You know, it can be hard for the average adult to find any time to learn languages.

Even managing half an hour of listening or reading practice in the evening after work is pretty hard for a lot of people.

But when you love something as much as people love Friends, you will find the time!

When you're that desperate to find out what happens next in the story you'll stop:

And this means that, for these people, with almost zero willpower needed, they get massive amounts of exposure to English.

When you're spending hours every day immersed in that language, for years on end, there really is very little need to actually study English in a more formal way, because the sheer volume of input you're getting is going to teach you everything you need to know.

Far more than learning word lists or slaving over a bunch grammar exercises.

And, let's face it, six years of TV is going to be a lot more fun!

But that's the point, ladies and gentlemen: If it's fun, you'll do more of it!

I've seriously been blown away by the number of people who have learnt English in this way. And there's no doubting the power of this kind of learning.

How To Harness The Power Of Compelling Input For Yourself 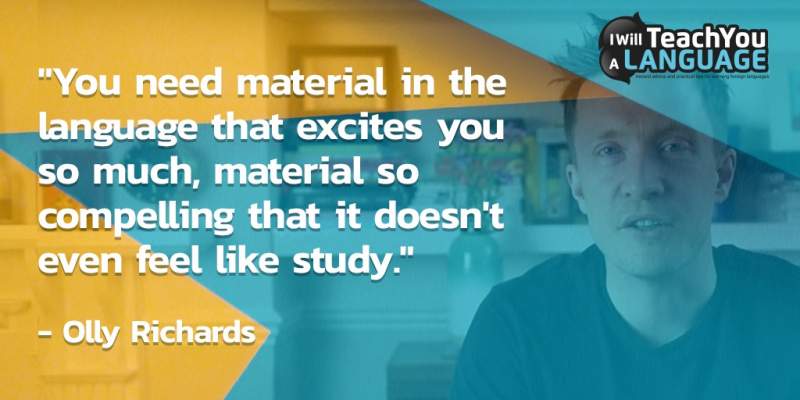 Now, you may be sitting there asking yourself: “How can I do this? Am I really just supposed to sit and watch Friends for 6 years?”

Well, no, my friend, I wouldn't wish that on my worst enemy.

And in fact, the fundamental problem with the “Friends Method” as a language learning strategy is that your average adult simply doesn't have 6 years to sit and watch hours of TV every night.

Not only that, but just because a lot of teenagers learn English this way, that's not to say that you can't learn a language faster, through other means.

Because you certainly can.

So, don’t try to copy the Friends method yourself — save yourself the 6 years! – but what we can do from this method is tease out the one hugely important lesson: The power of Compelling Input.

The more you love the immersion material you’re using, the easier it’ll be to find the time to do enough of it.

You need material in the language that excites you so much, material so compelling that it doesn't even feel like study.

Even if it's far above your level, your desire to understand will propel you forward, and you'll learn out of necessity.

So whatever your guilty pleasure is – books, magazines, TV, whatever…Go and find the equivalent of that in the language you're learning.

My God, I haven't been so glued to the TV for years.

I was sitting up until 03:00 in the morning watching this thing play out… and that is very unlike me, let me tell you.

Unfortunately, there were only two short series in this particular drama, so it was over before I knew it.

But I soaked up so much Spanish over the course of those two series that I forgot what it meant to speak English.

Finding Compelling Content in your target language, whatever it may be, has the powerful to totally transform your experience of learning the language.

Not only will you have a lot more fun, but you'll also be spending far more time in the company of the language, and it will never ever feel like a chore.

So, whatever it is that represents “Compelling Content” for you…

Figure out what it is…

And then move heaven and Earth to find it.

I’m actually curious whether you’re a Friends fan or not… do IWTYAL readers also watch friends? And what types of compelling content are you watching, reading or listening to in your target language? Let me know in a comment below.