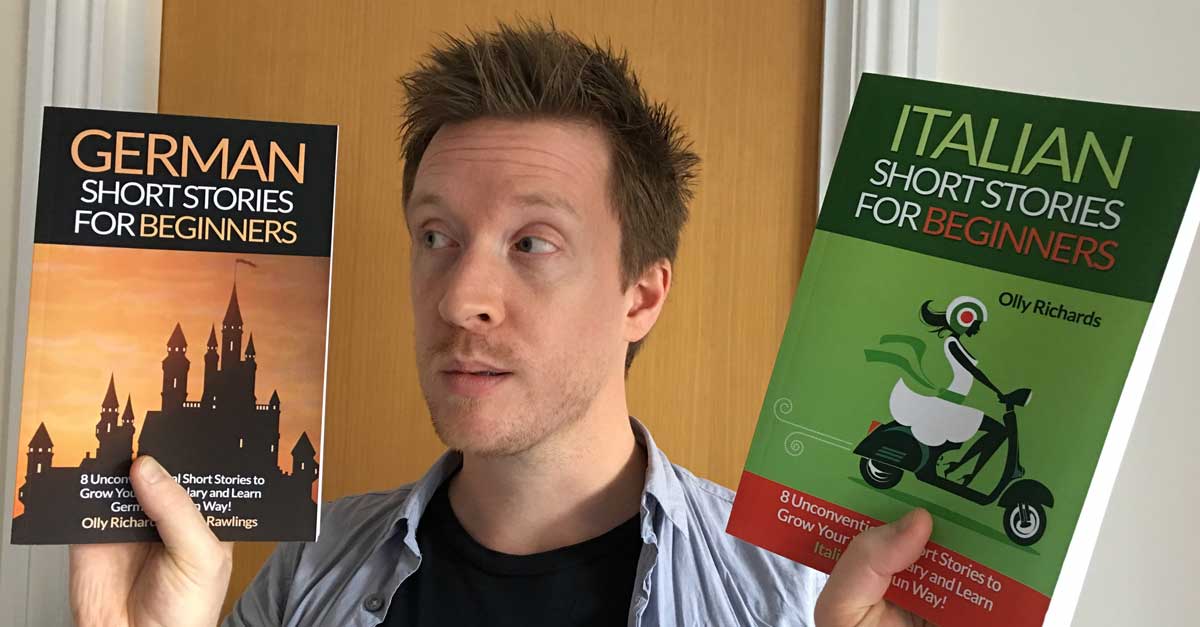 Can You Learn Two Languages At Once?

It's the language learning question I get asked most often.

It comes up again and again on the podcast.

And no matter how often we discuss it, it keeps coming back.

Can you learn two languages at once?

There's something about the romance of learning two languages at the same time that people seem unwilling to let go of.

So, in this article, I'm going to share my thoughts on the topic, and give you some advice on how to learn two languages at once in as effective a way as possible.

By the way, whether or not you want to learn one language at a time or you're studying two languages at once, using the right method is also key.

Is it Good to Learn Two Languages at Once?

You probably remember a time in your life when you thought learning a foreign language was too hard.

But one day, things changed.

You had a breakthrough in your language learning and saw how it was possible to learn not only one language but many more, should you wish.

We've all caught the language bug at some point, and quickly started to entertain fantasies of learning multiple languages.

If I work hard, I can learn as many languages as I want!

Learning lots of languages is a noble aspiration, and can enhance your life beyond anything you thought possible. (It certainly did for me.)

So, what's the secret?

Can You Learn Two Languages at Once?

One of the first things we have to do in order to untangle the question “can I learn two languages at once?” is to separate out the ideas of:

Success in language learning tends to be sequential. Of my many multilingual friends, in every case I can think of, they learnt their languages sequentially – one after the other.

Usually over many years.

They did not learn their languages at the same time.

This can be a sobering thought if you're just getting started and have the aspiration to learn many languages, but it's important to understand for your future success.

Those who have learnt many languages will typically have

It does not happen by accident.

So appearances may be deceptive, and speaking multiple languages does not necessarily mean learning more than one language at a time.

Indeed, when I ask successful language learners “can you learn multiple languages at once?”, the answer is almost always an emphatic: No.

Why do successful language learners tend to advise against learning two languages at once?

After all, it is clearly possible to study two (or three, or four) languages at once – you could go down to your local bookshop, buy some books, and dedicate 30 minutes each a day to four languages.

Well, the basis of the argument against learning multiple languages at once is that it will ultimately be quicker to learn them sequentially.

So the first thing we need to understand is: What are the key elements to learning one language efficiently?

There are many factors that help you learn a language quickly, but the areas most relevant to this discussion are:

The process of acquiring a new language is unpredictable.

You never know how steep the learning curve will be, or what difficulties you might run up against.

The best you can do is to create the right conditions for you to learn, and that involves creating a state of deep focus, over a period of many months.

With deep focus, and many hours of exposure, your brain begins to make sense of the language in an instinctive way, and it makes it more likely for epiphanies to happen.

Creating a regular study routine is perhaps the biggest challenge of all.

With consistency, you can overcome any language problem, and your brain gets used to your pattern of learning.

With a haphazard (or non-existent) routine, you're constantly battling the clock and elevating your stress levels, which are horrible conditions for learning. Just ask the inconsistency villain!

Life is never simple, and your motivation to study every day goes in ebbs and flows.

Everyone has bad days (even bad weeks), but when you have one single purpose, or object of study (e.g. to learn French), at least you know what you have to do to get back on the horse after an unproductive period.

You can't just study a language, you have to get used to it.

That takes time a lot of time.

Many hours spent with the language.

The more you can immerse yourself in the language in your downtime with TV, radio, books etc, the faster you will learn as your brain simply has more opportunities to form connections.

That's why I created the StoryLearning® method – so that you can immerse yourself in stories, which motivates you to keep coming back to the language.

Learning to speak a language well involves developing a persona in the language, which comes both from a lot of listening and interacting extensively with native speakers.

This can take a long time but ultimately manifests itself in a persona, body language, and an accent in the language that makes native speakers comfortable to be around you.

Learning how to control these factors is what leads to the ability to learn a new language efficiently.

But as you can see, it's not easy!

So, what happens when you introduce a second language into the mix?

Learning Two Languages At Once

When you decide to learn two languages at the same time, the most obvious effect is that you will have less time to study overall.

It's so obvious that it barely needs pointing out.

However, it's relevant here because it's actually not the main issue.

Is learning two languages at once bad? No, but the main effect of learning more than one language at once is that you immediately compromise all the factors we just talked about, that are essential parts of the language learning process.

This means that, although you may well be able to find the time to learn both languages, you will most likely lose all the key ingredients that would have allowed you to learn either of them effectively on their own:

If learning a foreign language were just a question of memorising words and putting them together with grammar rules, it might be straightforward enough to learn many languages at the same time.

Your success in learning a language over the long-term is accounted for just as much by your emotional intelligence, self-control, interpersonal skills, etc, as by your aptitude for language, or your ability to learn rules.

You can't have one without the other.

Now, it is certainly true that expert language learners develop strategies for coping with more than one language.

But it's only once they have such a strong command of the learning process that they can start to control it with a degree of dexterity, and also recognise the danger signs when they emerge and correct course without wasting months in the process.

You've fallen in love with two languages, and really can't bear the thought of abandoning either of them. Maybe you even want to learn three languages at once!

Or maybe life happened and you suddenly have the need to learn a new language, through choice or necessity.

In fact, it happened to me recently.

In August, despite my long-term project to learn Cantonese, I had a strong desire to travel and do something new.

(It can be very constructive to take a break from a language for the right reasons.)

I went to Thailand for two weeks and studied Thai intensively. I even documented the experience with daily videos.

Although I thought it would be a short diversion – a bit of fun – I ended up falling for the language more than I expected and wasn't willing to let it go when I returned to London.

So, as I speak, I'm actively learning two languages at the same time: Thai and Cantonese, and thinking deeply about making the process as efficient as possible.

Based on this experience, and many other years of experimentation, here is my advice for overcoming all the drawbacks of learning two languages at the same time, and making the most of the experience:

Make One Language Your Primary Focus

For all intents and purposes, this will be your primary language where you will spend most of your time, place your focus, and prioritise over the other.

Make the other language secondary

You'll be spending much less time on this language, in order to create focus and depth for your primary language.

Let me illustrate this with an example.

In my case, Cantonese is currently my primary language. It's what I study every morning in my core study time, it's what I listen to in my dead time, it's what I practise reading and writing, the language I watch on TV and practise speaking whenever I can.

However, I also keep up my Thai, but in a very controlled way:

I don't currently have many opportunities to speak Thai, but if I do, I might throw the odd language exchange into the mix.

I know that time does so much of the work in a language. And simply by keeping it up over many months, albeit a small number of hours weekly, I will end up making slow but steady progress, and most importantly, not lose it.

The hardest part of this combination is knowing that I'm not doing much Thai. But I try to remember lessons learnt in the past about the importance of time, and a low-stress environment. And I try as hard as I can to enjoy the experience of learning in a no-pressure way. (Makes a nice change!)

It's also no coincidence that the proportions of this language mix follow the 80-20 rule, which I've written about before.

Here are some more important ideas to bear in mind:

Can You Learn Two Languages At The Same Time?

Is it hard to learn two languages at once? It's certainly a challenge.

I believe that, for the most part, success in language learning comes from learning one language at a time. But when all is said and done, it's not about collecting languages.

It's about enjoying and enriching your life.

And if two languages are the path to enrichment for you, then go for it!

Follow the advice in this article and I believe you'll be putting yourself in the best position to move further and faster in your two languages.

Can you learn two languages at once? What are your thoughts on this? I'd love you to prove me wrong!