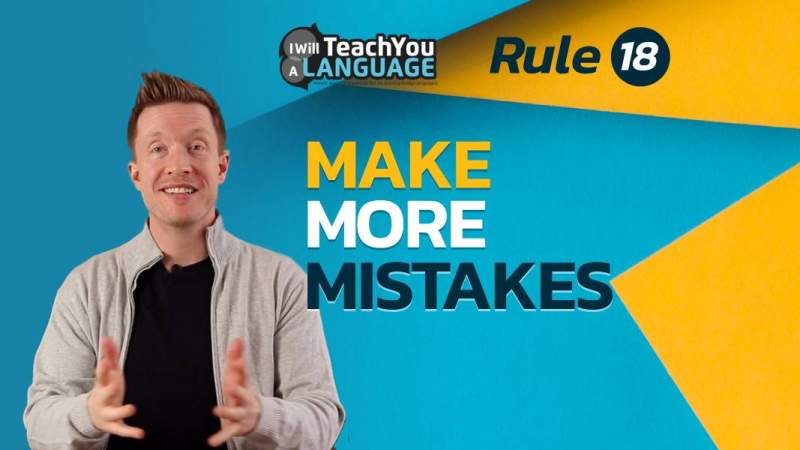 In this post, I’m going to tell you about the most embarrassing language mistake I think I’ve ever made.

The kind of mistake that makes you want to run away, bury your head under a cushion and just hide away from the world.

You would? Good — have a bit of a laugh at my expense why don’t you!

My Most Embarrassing Language Learning Mistake Ever

I had just moved to Paris.

I had got myself a job in a cool little youth hostel (Le Village) in the beautiful Montmartre district in the north of Paris, and I was working the graveyard shift behind reception. 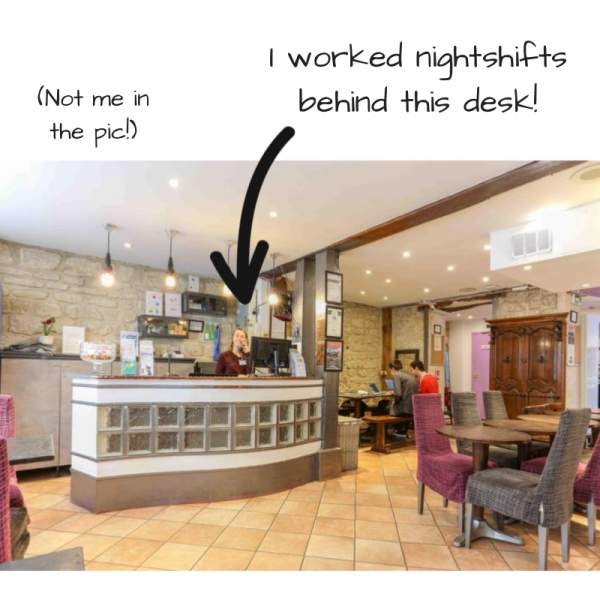 One night there were these two French guys staying at the hostel who came up to me at reception and asked for some blankets.

Unfortunately, when they asked me for the blankets, I was busy serving another customer who had just arrived. So I said “Sure, just give me a few minutes.”

The customer took a while, and a few minutes later the same guys came back and asked for blankets again.

So I kept serving the customer, as I should, and the two French guys started to look very annoyed.

After about 5 minutes or so, I finished up with the customer and went off to get the blankets from the storeroom.

I took the blankets over to where the French guys were sitting and said “Voila, vos couvertures” (Here are your blankets).

There was a silence.

They both turned and looked at me with a look of death on their faces.

We don’t want blankets, they said, we want cutlery!

Turns out they had finished cooking some pasta (which by now was stone cold) for their evening meal, when they couldn’t find the cutlery in the kitchen.

Just so happens that “cutlery” and “blankets” in French sound pretty similar.

I apologised as profusely as I possibly could, and quickly grabbed them their cutlery from the drawer that was, ironically, right next to them, as my face began to turn the brightest possible shade of scarlet.

I apologised some more, and then immediately ran back to my reception desk, where I just tried to hide and wish that the whole world would go away.

Not my finest hour.

The Power Of Mistakes In Language Learning

But the interesting thing is, that I still remember the French words for blankets and cutlery almost 20 years later, despite having never needed them since.

Such is the power of embarrassing situations.

Or more to the point, such is the power of mistakes.

Mistakes are how we learn.

Via negativa – we know what is wrong with more clarity than what is right. (Knowledge grows by subtraction.)

When we’re learning a foreign language, we spend so much of our time trying to avoid making mistakes.

Well, mistakes are bad… aren’t they?

Isn’t the word itself a negative? Something to be avoided?

…we see our mistakes as a source of embarrassment, annoyance, even despair!

A lot of people I meet even talk about giving up their language studies because they’re “still making mistakes”.

But let me ask you this…

How long would it have taken me to learn the difference between cutlery and blankets in French… couverts/couvertures… would I have ever learned it?

I say it’s time to recognise mistakes as what they are — Mistakes are the way we actually learn!

How else do you think we ever gain confidence in our languages if we don’t go out and mess it up from time to time.

In fact, you have to mess things up.

You have to get it wrong and screw up.

Mistakes and learning from mistakes are how you gain the confidence to know when you get it right.

It’s time to reframe how we think about mistakes, not as a big negative that we have to learn to live with…

Rather we should relish making mistakes, and actually look forward to making them… Even going out of our way to make mistakes.

Putting ourselves out there as much as possible so that mistakes can be made and lessons can be learned.

How To Embrace Making Mistakes

To start to look forward to making mistakes…

But really, all it comes down to is deciding to change the way you think about making mistakes.

Every time you get a conjugation wrong, mispronounce something, or even completely confuse the person that you’re talking to, don’t see it as a reflection of your value of you as a human being, but rather say to yourself:

Yes, this is an opportunity to learn and get better!

As soon as you start to see mistakes as the actual path through which you learn the language, they suddenly start to take on a very different character.

I know it sounds crazy, but really this is just a question of deciding not to react to the mental panic of making mistakes that’s been programmed into us by years of formal lessons and memories of school.

Draw power and courage from your mistakes. You’ll be happier for it!

Anyway, it really is that simple.

It’s just down to you.

And next time you find yourself beating yourself up about your language learning, or lack of progress…

Do yourself a favour, and remember… Make more mistakes.

So what do you think? Do you like the idea of being less beholden to your mistake in language learning?