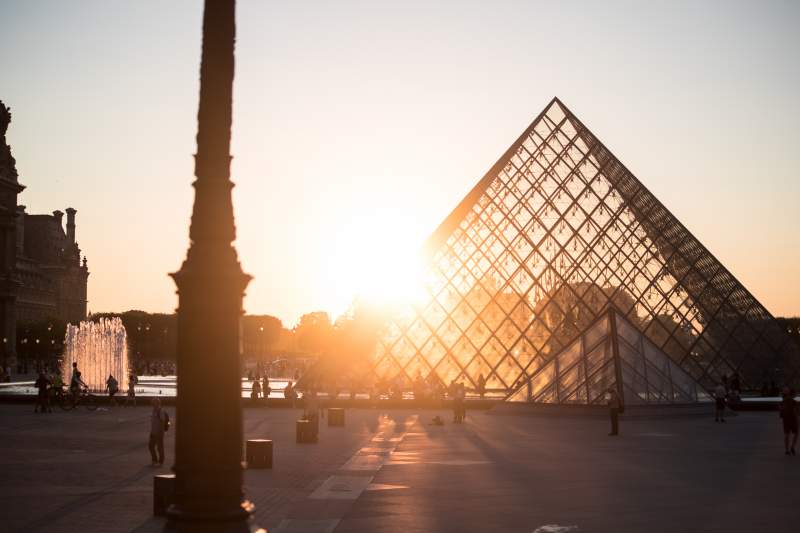 Are you learning French?

Would you love to chat to French speakers with ease, without stumbling over your words?

Getting to a decent level in any language takes time because there's lot of vocabulary you need to learn.

But, one big shortcut you can use at the beginning is to work out which words and expressions you are likely to need right from the start and focus on those.

And the good news is you don’t have to worry about it doing it for yourself – because I’ve done it for you!

Here’s my list of the 79 essential French phrases you need to start speaking right away.

Thanks to these common French phrases, you'll know exactly what to say in your first conversations with native speakers.

They'll serve you for your first interactions and well into the future.

Anyway, back to our common French phrases…. let's discover what they are!

Need-To-Knows About French To Use These Common French Phrases

Before we dive into the phrases themselves, there are a couple of need-to-knows about French that'll help you make the most of this list of common French phrases.

I’ve included an approximate guide for how to pronounce each of the phrases in this post based on phonetic English. Although this is no substitute for listening to recordings or native speakers pronouncing the words, it'll help you get started.

I've used ‘j’ to represent the French ‘j’ sound. But be aware that in French, it has a soft pronunciation, not like the English ‘j’ in ‘John’.

For a more detailed look at dive into pronunciation, you can check out my comprehensive French pronunciation guide.

A Note On Tu And Vous

French, like many other languages, has two ways to say “you” depending on your level of familiarity with the person you are speaking to.

The basic rule is:

In my list, I've given the form you are most likely to need for that each phrase. Where you might need either, I've included both.

Finally, in very informal spoken French, tu es and tu as can be abbreviated to t’es and t’as respectively.

While this might not be considered strictly ‘correct’, it is quite common.

So I've used this form in my list for a couple of the more informal expressions to show where you might come across it.

By the way, if you're interested in informal language, you can also check out this post on 23 colloquial French phrases for impressing the locals.

First, let's look at the basic greetings in French. These are fairly simple. And you no doubt already know at least some of them.

After greeting someone, you'll want to move the conversation on with some small talk. Here are a few of the standard questions and answers.

Must-Know French Phrases For Being Polite

Next, here are the basic expressions of courtesy that you need to know right from the start.

Another situation you might find yourself in is one where you have to deal with a problem. Here are some important questions and expressions to use when you are having difficulties or when everything is not going according to plan.

Learning the basic question words can get you a long way, even if you don’t know much else of the language. Here they are in French:

Check out this post on forming questions in French for more details on how to ask questions correctly.

Ok, so now you know the essential French question words. But what about using them to form real questions? Here are some of the most common French questions you're likely to ask or be asked.

Here are some indispensable expressions for giving information about yourself as well as answering some other basic questions in French.

If you're lucky and make some French friends, you may even be invited to some special occasions in France. Here are the phrases you'll need for those situations.

Finally, here are a few useful phrases for saying goodbye.

Never Get Lost For Words In French Again

So there you are! 79 common French phrases to help you take your first steps in your new language.

You'll be amazed by how far these greetings, questions and basic courtesy phrases will get you in your first conversation with a French speaker.

With this list, you'll be able to greet a French speaker politely, introduce yourself, get to know them better and deal with any problems that might come up.

So now, all that remains is for you to go find someone to talk to in French. Armed with this list, you'll never be lost for words again.

And maybe, it might just be the start you need to go on to learn to speak French fluently!

If you're at beginner or false beginner level in French and want to learn to speak the language confidently, then I recommend my French Uncovered course.

It's a complete beginner programme that teaches you through the power of story. So you not only will you improve your French quickly, you'll have fun doing it!

Unlike traditional methods where you learn through grammar rules, in French Uncovered, you immerse yourself in a story and learn as you read and listen.

It's the same method I used to learn Italian in 3-months from home. Find out more and try it out by clicking here.