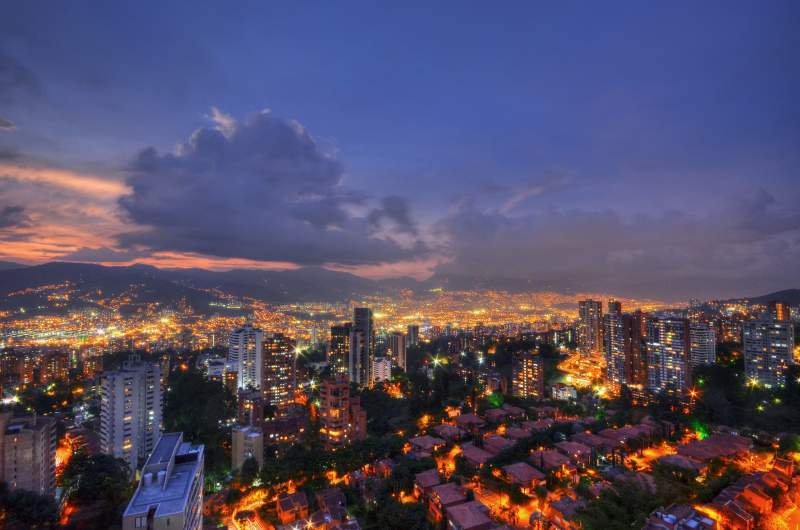 If you're learning Spanish and have been reading my blog posts for long, you know how important it is to practice authentic language every single day when you're learning or mastering another language.

But just what do I mean by authentic language?

I mean language that people actually use when they are speaking Spanish in the course of day-to-day life. Not only is that not always the same language you read in a textbook, it rarely is!

If you're listening to or reading Spanish, that means television shows, news reports, and casual conversations between friends. When you're speaking Spanish yourself, that means finding a native Spanish speaker to talk to, whether in person or online.

To speak Spanish like a native, focus more on being authentic than on being correct.

One of the best ways you can understand and speak like an authentic native speaker is to learn the local expressions, idioms, and slang. That's why I've put together this post so you can learn why slang matters and 30 specific slang terms from Colombia.

By the way, if you want to get off the intermediate plateau and sound authentic in Spanish, my recommendation is the Fluent Spanish Academy, a library of material with audio and transcripts for Spanish immersion.

Why Slang Matters When You Learn Spanish

Colloquial speech patterns, also known as slang, are an important part of all spoken language.

Here are just some of the advantages that you can gain by mastering the vernacular of a particular Spanish-speaking country or region:

Because slang can be so helpful for Spanish learners trying to sound more authentic, and so confusing without warning or context, I have an entire series of articles on the website about Spanish expressions and slang.

Earlier posts include slang from Mexico, and Argentinian expressions, grammar and more.

Today, however, I'm devoting the entire post to the slang of Colombia.

The Republic of Colombia sits on the northwestern tip of South America and is home to the second largest population of Spanish-speaking residents in the world. Only Mexico has more Spanish speakers than Colombia.

Colombia is a popular place to visit thanks to its rich history, vivacious nightlife, and world-famous coffee.

As an added bonus, many Spanish learners find Colombian Spanish easy to understand because the accent is fairly neutral.

But spend much time in Bogotá or around the countryside, and you'll discover plenty of words that just don't fit with what you've learned in your textbook.

All countries—and even some regions within countries—have local slang. And Colombia is no exception.

If you want to sound like a native and fit in on your travels to Colombia or in your conversations with a native speaker from Colombia, it's important to learn the authentic language actually used in the homes and on the streets of Colombia.

Below, you'll find 30 Colombian words and expressions that don't have the same meaning (or sometimes any meaning at all!) anywhere else in the world.

Get ready to impress your Colombian friends or family with this list of 30 essential slang words and expressions. Let's go.

You will hear this polite expression from waiters and staff when shopping or out to eat. A la orden can mean anything from

Bacano/a describes something terrific or outstanding. It can also be used as an interjection like “Cool!” or “Awesome!” in English.

To the rest of the Spanish-speaking world, billete means “ticket” or, in some countries “bill” (as in a dollar bill), but in Colombia, it's a word for money.

A person from the Bogotá, the capital city of Colombia. Another term for a bogotano is a rolo/a.

Un catorce is a colloquial term for a favour in Colombia. To hacer un catorce is to do a favor for someone.

Something that is chévere is really cool or great.

Another name for a boy or girl.

A cucho can be both an old man, a male teacher, or father. Likewise, una cucha is a mother or an old woman. Unlike some other slang terms for parents and older people, this one is not disrespectful. Instead, it has a friendly, affectionate connotation.

To tempt fate or be in position to be taken advantage of. If a Colombian is going to advise you to lock the door and not be so easy to rob, they might tell you, “¡No des papaya! Cierra la puerta con llave.”

If a friend asks if you want some guaro, he's probably referring to aguardiente—a popular Colombian alcohol found all over the country. Your friend might also be talking about liquor and spirits in general, however. Since aguardiente is so ubiquitous in Colombia, the nickname can also be used to talk about just about any strong alcohol.

Too much guaro will leave you with a guayabo, or hangover. You can also be hungover – estar enguayabado/a.

In Colombian slang, a llave is a friend.

Technically a keychain, llavero also signifies being friends and is part of an expression that means to “unfriend” someone: “lo saqué del llavero”.

Luca is another word for a Colombian peso.

If someone is jincho/a, they are drunk or have had too much to drink.

Man is another way of saying “man” (hombre) in Colombia. It may look exactly like the English word, but it's pronounced like a Spanish word with the “a” making a short “o” sound (like in “pot”). 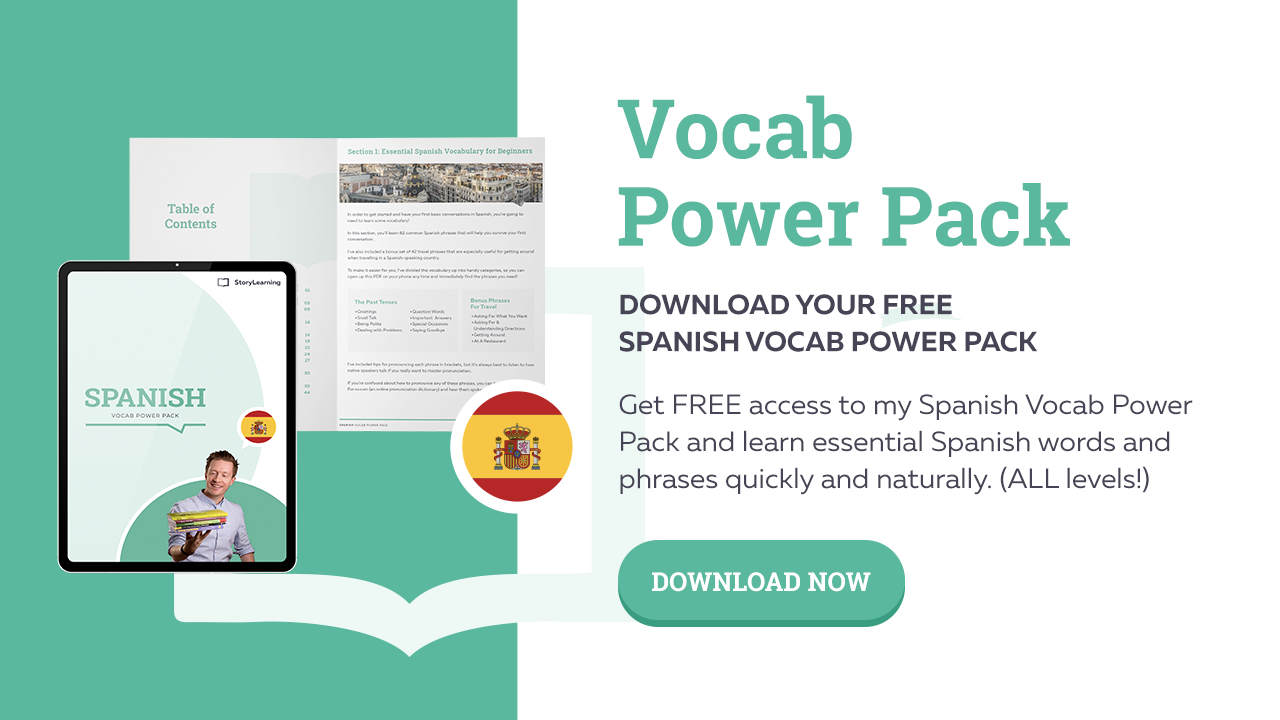 The literal translation is “What more?” or “What else?”, but in Colombia, it's a way of asking a friend, “What's new?”.

Actually a combination of the words qué and hubo, ¿Quiubo? is yet another way to ask a friend “What's up?”. You will commonly hear quiubo combined with another slang word on our list when someone asks you, “¿Quiubo parce?” (What's up, friend?).

Someone native to the Paisa part of Colombia (Medellin and the surrounding areas) is known as a Paisa. Outside Colombia, however, pretty much any Colombian is a paisa, which comes from the word paisano, which means “countrymen”.

Heading to Medellín? For more on Paisa Spanish language and culture, check out this guide.

A friend or companion. You may also hear a shortened version of parcero when someone refers to their friend as a parce.

What you call a group of friends or peers that you hang out with. This one word is the basis for two more slang terms: parchando, which means “hanging out” and desparchado/a, which is an adjective used to describe someone who doesn't have anything to do (or anyone to do it with).

Literally translated, plata means “silver”. In Colombia, it's a catch-all word for all money.

Beer or beers (polas). La Pola is a brand of Colombian beer that isn't produced anymore, but the name stuck.

This verb comes from the music and dance style rumbia, but it isn't used exclusively for dancing. If you spend the night rumbiando, it's a general term for saying you spent the night partying.

A sapo in the rest of the Spanish-speaking world is a toad or a crafty, conniving person. In Colombia and the surrounding region, it can also be a person that is a tattletale, snitch, or informant.

A specific type of coffee. When you ask for a tinto, you are ordering a small coffee without any milk or cream.

Los tombos is another, casual term for “the police”.

Vaina means “stuff” or “thing”, especially if you can't remember the name of whatever it is off top of your head. It is also commonly used to refer to a bother or something annoying.

Vieja is a name for an old woman, yes, but in Colombia, it is also used for any girl or woman from her late teens on.

Start Sounding Like A Native Thanks To Colombian Slang

Interspersing these 30 slang expressions into your conversations with native Colombians will help you sound more authentic and more like a native Spanish speaker yourself.

Plus, when your friends use any of these slang words in their conversations with you, you will have a better idea of what they're actually saying!

Is this all of the slang you need to speak like a native Colombian?

Colombia is a country with a vibrant culture and colorful language. There are many more colloquial expressions and slang terms than even the 30 I've listed here. But these are some of the most common terms you'll need to fit right in.

So get out there are start using them!