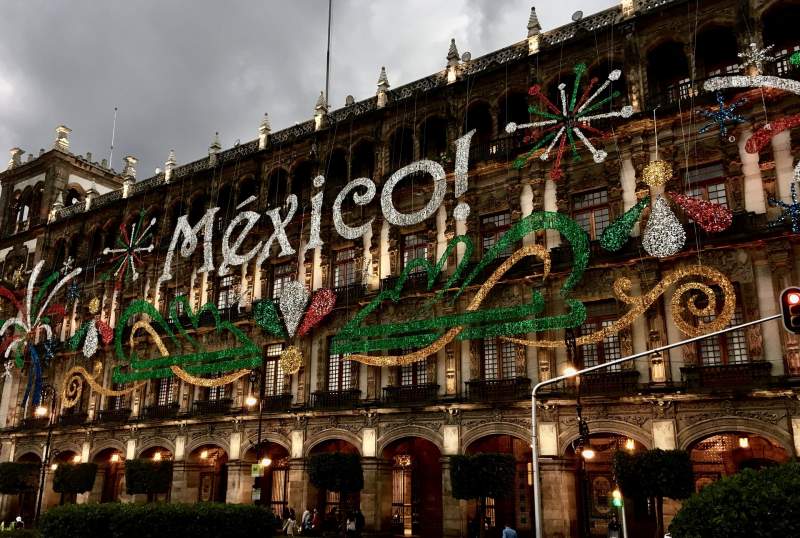 29 Mexican Slang Words & Phrases To Sound Like A Native In No Time!

Mexico. The most populous Spanish speaking country in the world and one of the most influential in terms of Spanish language film and literature.

If you're going to learn the common Spanish expressions of any country, Mexico is a great one to start with.

Secondly, Mexico has some unique expressions that were probably not included in your Spanish textbook or course.

You’ll encounter them frequently in movies, tv and pop culture, as well in your conversations with Mexicans you meet!

In this post, I’m going to help by sharing 29 of the most common Mexican Spanish slang words and expressions you’re likely to hear.

But first… let’s talk about why slang words, phrases and idioms are important to learn if you want to become a confident Spanish speaker.

By the way, if you want to learn to speak like a Mexican and participate effortlessly in local conversation, why not check out my popular Mexican Spanish book?

Real Mexicans don’t speak like your textbook… so it’s no wonder you struggle with the slang and expressions of spoken Mexican Spanish! This book fixes that. For the first time, you’ll learn to move beyond beginner level, and speak Spanish in the real world! With 101 authentic conversations in intermediate Mexican Spanish, and a brand-new story in this edition, you’ll become confident in the words, phrases and expressions you need to communicate like a local.

(Available in Paperback and on Kindle)

Get My Copy Now

If you prefer a comprehensive course that will teach you all aspects of Spanish in detail my top recommendation is Spanish Uncovered, which teaches you through StoryLearning®. Click here to find out more and try out the method for free.

Spanish idioms and slang are two of the things that complicate the process of transitioning from staged speaking and listening exercises to speaking Spanish comfortably with native speakers.

If you stop to think about it, you can probably come up with a whole list of words in your native language that mean something other than the literal translation or have different meanings around the world.

So it’s always a good idea to brush up on slang and common expressions when you are planning to travel to a new place.

Learning Mexican Spanish slang will help you understand what is being said and help you sound more like a native speaker yourself.

It will help you fit in so you sound less like a foreigner.

Imagine the surprise on your new friends’ faces when you use their common expressions with ease!

So as you can see – learning some Spanish slang is pretty useful!

Now because a lot of dictionaries, movie translations, and study guides come out of Spain, many Spanish learners pick up on Peninsular Spanish expressions before they learn Latin American slang.

That can lead to confusion when you travel to Latin America and keep you from learning the colloquial expressions and terms.

So instead of focusing on slang from Spain, in this post, we’ll look at essential slang from one of Latin America’s biggest and most influential countries: Mexico.

Before I get to the list of slang phases, there are two key things you should know about Spanish in Mexico as opposed to Spain or other Spanish-speaking countries:

Ok, we’re ready to get started!

Without further ado… here are 29 Mexican slang words and phrases that will have you sounding like a native in no time!

If you prefer to learn by watching videos, check out the video lesson from the StoryLearning® Spanish YouTube channel below. That way you can hear how these words are pronounced.

Or for the full list of 29 Mexican slang words and phrases, scroll down and keep reading!

Used to ask someone to repeat something if you didn’t hear or understand what was said the first time.

This is extremely helpful to know if you are travelling to Mexico as a Spanish learner, as you may often need people to repeat themselves.

It is considered more polite than ¿Qué? or ¿Cómo? in Mexico, but rarely used elsewhere.

Technically, pedo translates to “fart,” but it is used in quite a few phrases in Mexico, some of the most common of which are:

Pedo is considered quite crude in some parts of the Spanish-speaking world, so I suggest you pay attention to what the people you are speaking with are saying before trying these phrases yourself, especially if not all of your speaking companions are from Mexico.

This one is nice and simple! It’s another casual way to ask a close friend, “What’s up?” and you’ll hear Mexicans use it all the time.

Güey translates roughly to “dude” or “man” in Mexico.

Where in Spain you might ask a friend, ¿Qué pasa, tío?, you’d be much more likely to say, ¿Qué onda, güey? in Mexico.

Codo/a translates to “elbow,” but it’s is also used in Mexico to describe someone overly frugal or tightfisted with his or her money. 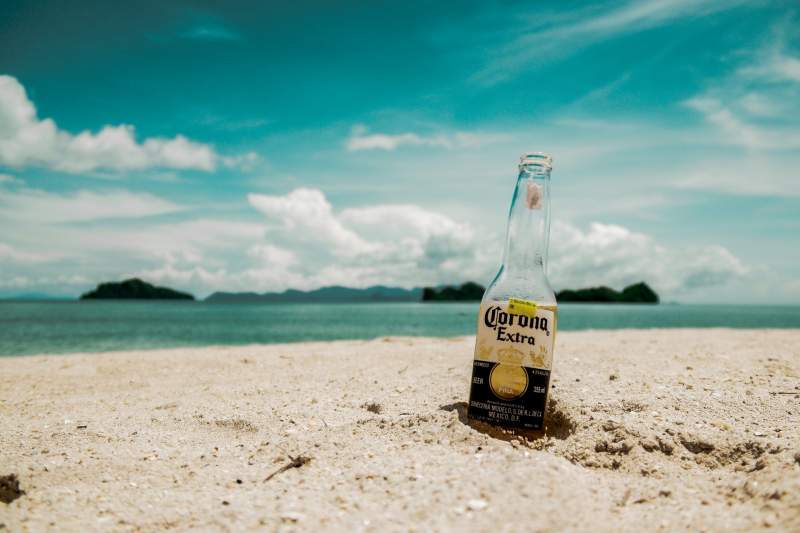 Put simply, estar crudo/a means to have a hangover.

Literally, it would be translated as “to be raw”, which is probably not a bad metaphor for feeling hungover!

I bet you’re surprised to see this phrase make the list.

After all, ¿Qué tal? is not specific to Mexico.

However, it does have a different meaning in Mexico than in Spain and some other Spanish-speaking countries.

In Mexico, ¿Qué tal? means “What’s happening?” or “What’s up?” as opposed to “How are you?” or “How are things going?” as you may have learned in your Spanish textbook or class.

So, it’s much more casual than the same phrase would be in other dialects of Spanish.

This one means “to have money”, as in:

In some parts of Mexico, feria can also refer to pocket change.

You will use this expression most often when listening to a story or anecdote as it’s used to express shock or surprise.

In English, it would translate roughly to “No way!” or “You’re kidding me!”

It can be used either as a way to agree with someone;

… or to express doubt in what they’re saying:

If you refer to a person as neto/a, you are describing someone who can be trusted or that you can always count on.

There is no literal translation of ni modo in English but it falls somewhere between “no big deal” and “it is what it is.”

You can use ni modo to say you have no preference or also to express disappointment at something you have no control over.

The story goes that this expression dates back to the days when the contents of chamber pots and other wastewater were tossed out the window and into the street each morning.

These days, ¡Aguas! isn’t related to water or waste at all. Instead, it’s an expression similar to “Heads up!” still used in Mexico and some parts of the United States.

To be difficult or hard, as in:

You can also use cañón to add intensity to an expression, such as:

This handy Mexican phrase means “definitely” or “without a doubt”.

Use eso que ni qué to express total agreement with what someone else is saying.

In Mexico, though, it’s also an adjective to describe someone as stuck up or snooty.

Vato means “guy” or “man”, and has a measure of respect or being impressed about it.

However, in some situations, it also has a gang connotation and is more closely translated to “gangster.”

There’s some debate about whether vato is a variant of bato (fool), chivato (informant or snitch), or other indigenous words from the region.

Wherever it comes from, it is used today in Northern Mexico between friends.

It’s also been included in a number of Spanglish expressions and songs, such as in the Texas Tornados song, “Hey Baby, ¿Qué Paso?”:

Chido/a is a Mexican adjective meaning “awesome” or “cool”.

It’s used the same the way you would use guay in Spain. For example:

Of course, padre generally means ‘father’ in Spanish, but in Mexico, it’s also another way to say, “Awesome!” or “Great!”, for example:

This term is an interesting one and you may well hear it used among latinos in the US as well as in Mexico.

It’s an adjective referring to people of Mexican origin living in the United States.

There’s no literal translation for órale in English.

Instead, it can mean one of a few different expressions, such as:

I know it sounds tricky but don’t worry! The context will always make it pretty clear what is being expressed.

To be gacho means to be “lame” or “uncool”, when directed at a person.

When directed at a situation, it is another way to say mala onda or “bad vibes.”

Carnal means “brother”, either literally or as an expression or term of endearment between close friends. 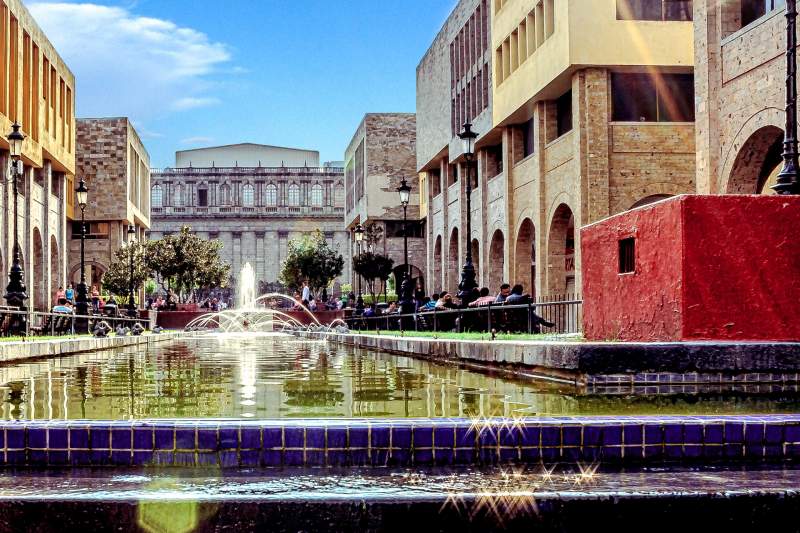 This one means “You think you are such a big deal” and is used in the same way it’s translation would be in English.

It may seem simple but it can go a long way to helping you sound more natural in your conversations!

A word used to informally refer to children, like “kids” in English.

Other words in Mexico with similar meanings include chamaco/a and morro/a.

So, to say something or someone is sin broncas, you are saying there’s no problem (e.g. they’re “without fight/disagreement”).

This phrase is used to express admiration or amazement at something daring or brave.

It's also sometimes used to express dismay or disgust. And when it is you’ll be able to tell easily from the context.

¡A huevo! is a similar expression that means “Absolutely!” or “Let’s do it!”

However, it’s a good idea to use the word huevos with care, as it’s also a common Spanish slang term for “testicles”!

As you might imagine, this means there are many vulgar innuendos and insults that include the word huevos; so much so that some foreigners fear even using the word when ordering eggs at a restaurant!

You don’t need to worry about saying a curse word when ordering huevos directly. But do be careful to avoid any unfortunate hand signs or overly specific descriptions that could lead to a round of laughter at your expense!

Huevón literally means a “large egg” but is used colloquially as an insult to talk about an extremely lazy person. For example: 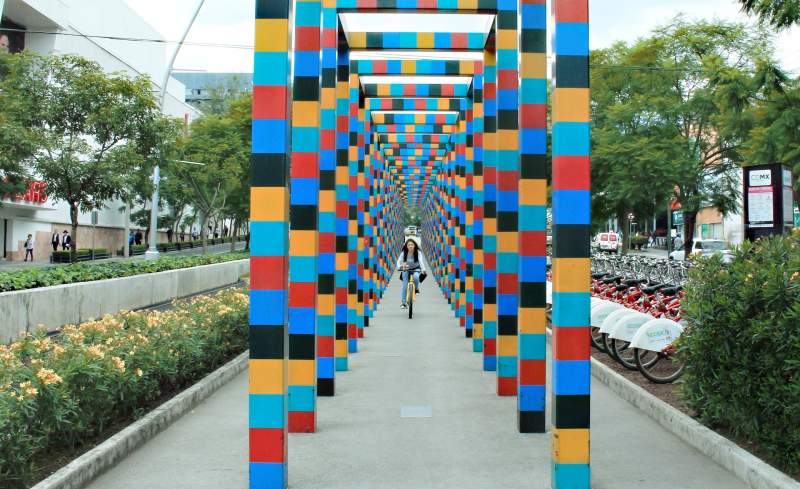 Just as Spaniards say vale to mean “Let’s go!” or “Okay, cool” and Argentineans use dale, Mexicans express the same thing with the word sale.

This classic Mexican slang phrase is used in place of “you’re welcome” and it’s actually a play on words made famous by a popular Mexican television show!

It is a variant on the common expression no hay de qué which means “no problem.”

There you have it!

29 Mexican slang words and expression to impress your friends while travelling in Central America and sound fluent in Spanish in no time!

By learning these essential Mexican phrases, you’ll not only learn to keep up in conversation with your Mexican friends but also be able to watch a range of fantastic Mexican movies and TV shows that use colloquial slang.

You’ll be able to speak Mexican Spanish with greater confidence without the fear of being laughed at for using “textbook phrases” or formal Spanish.

So what are you waiting for? Learn the phrases that are most relevant to you, then get out there and practice using them! ¡Suerte!

By the way, if you want to immerse yourself in the different Spanish dialects of Spain and Latin America, while pushing past the dreaded intermediate plateau, then check out the Fluent Spanish Academy.

It's an entire library of Spanish learning material with audio and transcripts and much more to get you fluent in the language fast.

Click here to find out more about Fluent Spanish Academy and how it can help you.