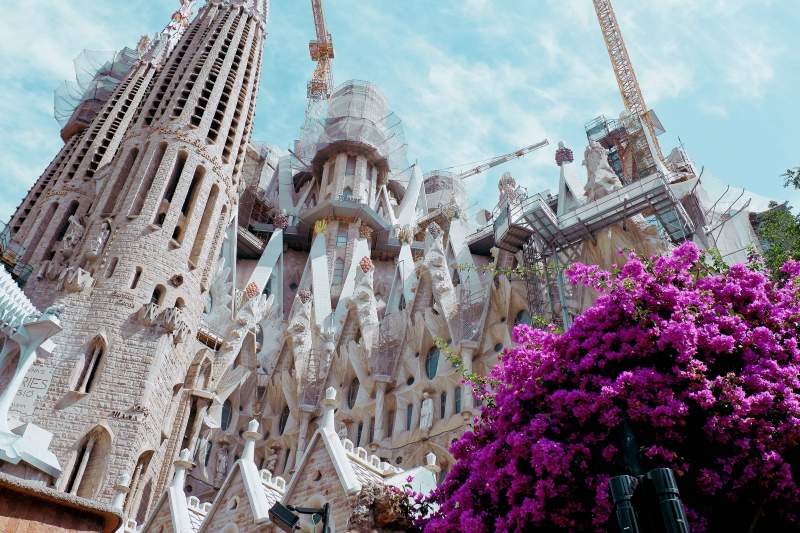 How To Master Spanish Verb Conjugation In 5 Easy Steps

When you're learning Spanish, Spanish verb conjugation rarely inspires enthusiasm, even in the most dedicated language learner.

If you think learning how to conjugate Spanish verbs is all word lists and conjugation tables, think again!

Verb conjugation is vital to speaking and understanding Spanish.

But it doesn't have to be difficult. Or boring.

In this article, you'll learn:

So let's go conjugate some Spanish verbs! I've been you've never been more excited to work on your Spanish grammar.

What Is Spanish Verb Conjugation Anyway?

Verb conjugation is the process of modifying a verb to indicate who is doing what when.

In most Romance languages, including Spanish, the conjugation of a verb tells you an incredible amount of information in a single word.

This can sometimes be confusing for English-speaking Spanish learners because English has so few distinct conjugations. For example, the verb “to eat” in the past tense takes the same form for each person:

In Spanish, however, each verb is formed differently based on who is doing the running, eating, speaking, etc.

Why Should You Bother With Spanish Verb Conjugation?

Simply put, without proper verb conjugation, you won't be able to communicate in Spanish.

So much of what you are told and tell others in Spanish has a completely different meaning depending on the verb conjugation:

Even the most basic communication will depend on verb conjugation if you want to be understood.

If that sounds terrible and ineffective to you, you're right! Verb conjugation is so often overwhelming for Spanish learners because you assume you need to memorise every verb before you can really speak Spanish.

You know, I used to buy grammar practice books when I was first starting out, trying to wrap my head around it.

It was just as boring as it sounds.

Over time, my process has changed. There's still a place for memorising tenses. But I don't think it's the only (or best) way to master verb conjugation.

Before I describe my process for learning to conjugate verbs, let's look at the very basics of Spanish verb conjugation.

Why these three verbs?

In Spanish verb conjugation, there are three general distinctions based on the ending of the verb.

To conjugate a verb, remove the infinitive ending (either –ar, –er, or –ir) and add the appropriate ending.

Here's a quick example of how the regular verbs are conjugated in the simple present tense:

So for the 3 verbs I mentioned earlier, here's what happens when you remove the ending (-ar, -er or -ir) and add the endings in the table above:

the conjugation patterns are all the same.

What you'll probably find, though, is that you really don't need to know all of the verbs or tenses in Spanish. In everyday communication, you'll use some more than others.

That's one reason why my process for learning verb conjugation relies so much on regular communication in Spanish.

My method for mastering Spanish verb conjugation is based on these 5 keys:

Let's take a look at each step in turn, starting with the most important one.

If you're just starting out, I recommend listening to as much authentic Spanish as you can for a full week before you even crack open a conjugation workbook. (Spanish Conversations is designed to help you with this).

How much is enough?

That will depend on how dedicated you are to become fluent in Spanish.

You know when, in your native language, you can just hear when something sounds wrong? Well, that comes from hundreds of thousands of hours of natural exposure to the language from birth.

The more exposure you get to the natural flow and rhythm of Spanish, the more verb conjugation will intuitively “sound right” to you as well.

2. Start Drilling With The Most Common Tenses

After a week of intense exposure to Spanish, it's time to start your targeted verb study.

Don't panic, though. Even this step shouldn't be rote memorisation of lists of words.

In most cases, the verb forms you really need are the:

After learning I, you, and he/she first, you'll be able to get through most conversations just fine because those conjugations are much more common than others. The rest will come as you continue to improve.

Because of the week you spent listening to as much Spanish as you could, conjugation should start “clicking” for you.

If you've spent any amount of time on this site, you had to know this was coming, right?

I'm a huge proponent of speaking Spanish from very early on in your language learning.

After all, the ability to speak with people all around the world is what got me into learning languages in the first place. For me, speaking is what it's all about.

And I don't think you should wait to feel ready before you start speaking. (Fear holding you back? This article should help.)

When it comes to verb conjugation in particular, speaking Spanish regularly will help you sort all this out in your mind. Everything will come together when you combine targeted study with daily conversation.

The revision helps you learn more or less how the verbs work. But it's by actually speaking and communicating and using the verbs as you talk to people that the small number of verbs and tenses you need get cemented in your brain.

Even if you don't feel ready to hold a conversation in Spanish, do it anyway!

Do whatever you need to speak Spanish every single day, whether that means:

Very little will have a more significant impact on how fast you learn and how well you remember than having real-time conversations in Spanish every single day.

Spanish conjugation is full of patterns. As you learn to recognise these patterns, it will be easier to correctly conjugate verbs even without looking up the conjugation chart for that specific verb.

That said, many of the most common verbs have irregular forms in at least one tense (often all).

What you'll want to do is focus on memorising the most common irregulars so you don't try and conjugate them like any other verb.

are part of almost every conversation.

So which verbs should you start with? You can find any number of frequency word lists online, but here is a list of the 33 Spanish verbs, many of which have irregular forms, that I suggest you start with to get communicating right away.

This is another area where high levels of Spanish input and speaking practice will help.

Because these irregulars show up so often, it's even more important to be familiar with how they sound in everyday conversation. That way, when you sit down to memorise forms, the conjugations will fit with what you already know Spanish sounds like.

There's no way around it: regular practice and repetition are necessary for you to master Spanish verb conjugation.

I recommend at least three different types of practice: reading, writing, and speaking.

Earlier on, I suggested you spend as much time listening to Spanish as possible.

You'll still learn new words from time to time when listening to Spanish music or to the news in Spanish. But reading is an even better way to pick up new verbs and conjugations.

It's because reading is more active than listening. (This is part of the reason why it's the foundation of the StoryLearning® method).

The problem with just listening is that it's easy to zone out. Reading is what helps me focus on details because I'm paying attention to every single word.

Read a lot (and regularly) so you can see the verb conjugations in action on the page.

Need some book recommendations to get you started? Here are the 6 Spanish books I recommend to beginners to grow your vocabulary and boost your fluency.

I see most conjugation practice as a holistic process. But some written exercises can help you memorise verb forms.

The best verb drills are the ones that help you produce common verbs quickly. So you don't have to stop and think mid-sentence.

This could be through

Or, when you get more advanced, through writing in your journal in Spanish or taking a writing course in Spanish.

The more you do, the more natural verb conjugation will be.

If you need some help to get started speaking in Spanish on the regular, take a look at this list of 71 common Spanish phrases I put together to help you survive your first conversation with a native speaker.

Spanish Verb Conjugation: You Got This!

Remember: there is no quick fix.

Don't get discouraged if it's taking longer than you'd like to master Spanish verb conjugation. Verb conjugation is an ongoing process, but you can do it!

If you do need some more help though, I've got a brand new course out which will turn you into a Spanish grammar hero.

If you're interested in the immersion method I mentioned in this post, rather than rule-based learning, then I think you're going to love Grammar Hero.

If you want to stop translating in your head and finally master Spanish grammar, you can check out the programme here.