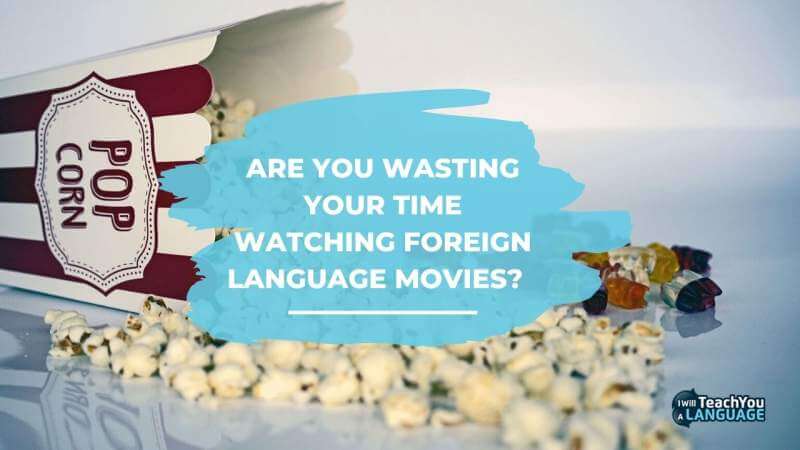 Are You Wasting Your Time Watching Foreign Language Movies?

I’ve watched hundreds of movies over the years to help me to learn one language or another.

I bet you have too. Who doesn’t like a good movie? And even better if it’s in your target language!

The thing is, I don’t do it much any more.

At a certain point, I grew a bit suspicious of that stock language-learning advice that every man in the street will give you: “Oh, you want to learn [language in question]? Well, you should watch movies! You’ll get to hear how people really speak!”

I think I’ve got a fairly good perspective on this topic, having watched a lot of movies in numerous languages, and, importantly, at different stages of proficiency in those languages.

Whether you can learn a language from watching foreign films is a question that Anne Billson posed recently in an article for The Telegraph, and actually suggested a few good ideas, but ended the article without drawing any clear conclusions.

While learning Cantonese, I had the opportunity to take a fresh look at the role movies actually play in my learning, from the zero beginner level onwards.

This little project changed my perspective about the role of movies in language learning for beginners.

By the end of this post, you will have a much clearer idea of the true benefits of watching movies in a foreign language. (Warning – it's probably not what you’re expecting!)

You’ll be able to make a more informed decision about how much of your time you spend in front of the TV screen, and what I think you should be doing instead.

I’ll also give you 10 ways to really make the most out of the movies you do watch, and make sure you’re not wasting your time!

By the way, as you can imagine, if you want to be a successful language learner, using the right method is key.

Rob has been learning French for the last year. Although he’s still a beginner, he’s passionate about the language and wants to become fluent. Like many other people, he loves French cinema, and often watches movies to help him learn the language.

People always say that you should watch movies to help you learn a foreign language. I think it’s useful because you get to hear lots of slang and cool expressions – it’s how people really talk. I love cinema as well, and French cinema, in particular, is awesome.

Watching all these movies is definitely going to improve my French and will make it much easier next time I go to France!

I’m going to confront Rob head-on about his movie-watching habits. I’m going to show him exactly what’s going on inside his head whilst he’s watching all those movies, and why he’ll be disappointed if he thinks he’ll become fluent in French any time soon.

So, you’re going to tell me I shouldn’t be watching movies? Are you nuts?

Let’s start by taking a step back and getting clear on what we’re talking about.

Is it relaxing to kick back in front of a movie after a day at the office? Yes. Is French cinema cool? Sure. Can your girlfriend enjoy the movie with you? Absolutely.

But that’s not the issue here.

You want to learn French, right? This is a question of language learning.

Having enough time is the most commonly cited reason for not learning a language. So if you’re serious about becoming fluent in French, what we’ve got to do here is to be brutal about separating how you use your free time and your study time.

If you enjoy watching movies, that fine. Who doesn’t?

But let’s not convince ourselves that watching movies is any more of a sensible study strategy than playing with Lego, until we’ve thought about exactly how it’s helping us.

What Actually Happens When You're Watching A Movie?

I’m going to need some convincing.

How Movies Can Help

There are some good reasons for watching movies in French as a beginner in the language. Here are some of them:

Exactly! I told you it was a good thing to do!

Take another look at the list. Notice that all of these things, as useful and supportive as they are, are peripheral to actually learning the language.

Now let’s look at the other side of the coin and see if a different picture starts to emerge.

It’s All About The Balance

But nothing’s perfect, right? I still think if I spend hours listening to French I’m going to improve!

But don’t you want to have a smarter approach than that?

This is the point where you have to think about what a good language learning strategy for beginners looks like, and see where watching movies fits into that.

At any stage in learning a language it’s important spend time working on a good balance of the four skills.

But when you’re still low-level, you have specific concerns. You have to focus first and foremost on building your vocabulary. In order to do that, you need to spend time on activities that give you lots of high-frequency (i.e. the most commonly used) words and phrases.

And for this, you need materials that are not only at a level you can understand, but that give you the chance to explore the language in intimate detail. This means using fairly short texts that you can go over multiple times, and ideally with the option of both reading and listening.

You then need to start producing the language, which means speaking with native speakers and ideally doing some writing too.

And then keep repeating all of the above for some time as you vocabulary grows and your knowledge of how to use it improves. This is what will lead you towards becoming fluent. 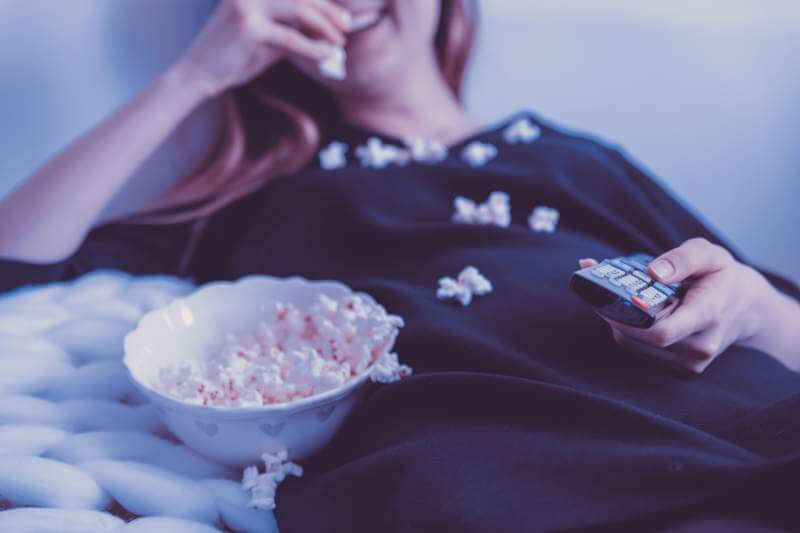 Put Yourself In Control Of Your Study Time

So what you’re saying is…

Watching movies is great fun, and will help you in some ways to learn French too. But smart language learning means making conscious choices about how you use your time.

What makes some language learners more successful than others?

Ultimately, the one thing in this world that everyone has equal amounts of is time.

Ultimately, how you use your time is what will lead you to fluency or not.

If you’ve been using movie-watching as your default activity for learning French, and that’s been the lion’s share of your “study time”…

I get it. So I need to be honest with myself about how I’m using my time. I probably watch six hours of movies a week, but maybe only an hour or two of actual study, and hardly any speaking.

I need to remember that that time spent watching movies isn’t really getting me anywhere quickly, and I just need to rebalance.

But I’ll still keep watching French movies, especially during my free time, because I love it after all!

So, how can you make the most of the time you do spend in front of the TV?

But I’ve left the biggest hack of all till last.

10. Watch TV series rather than movies.

Episodes of TV series are shorter, and the language used can be simpler than in a lot of movies. Best of all, you can harness the power of repetition.

From episode to episode (which can add up to 20+ hours over the course of the series), there’s a lot of repetition in the language that’s being used.

This is because the topic/theme of the drama will usually stay constant, and each character tends to have a well-defined personality, talking in a specific way and using the same words and expressions over and over.

This repetition is incredibly valuable for you as a learner and will help you notice things much more easily than one stand-alone 2-hour movie.

How To Use Foreign Language Movies As A Beginner

In this post I’ve talked to Rob about his love of French cinema and his movie-watching habits. I’ve asked him to think objectively about the role that they play in his mission to learn French. I’ve talked about some benefits of watching movies for language learning, and then some drawbacks.

Finally, I’ve suggested to Rob that what he’s really been doing is using movies to learn French more out of habit that of choice, without really considering how his valuable study time might be rebalanced to achieve a better mix of skills and approaches to learning.

Rob shouldn’t stop watching movies, but with becoming fluent in French as his dream, he should understand what role they really play in his learning, and make an informed choice about how to use his time.

When he reaches an intermediate level in his French, we might be having a different conversation. I might be suggesting that watching movies can help him a lot more than before, since he’ll be able to understand a lot more of what’s gong on, allowing him to notice a lot more, and benefit accordingly.

Rob, of course, is fictional.