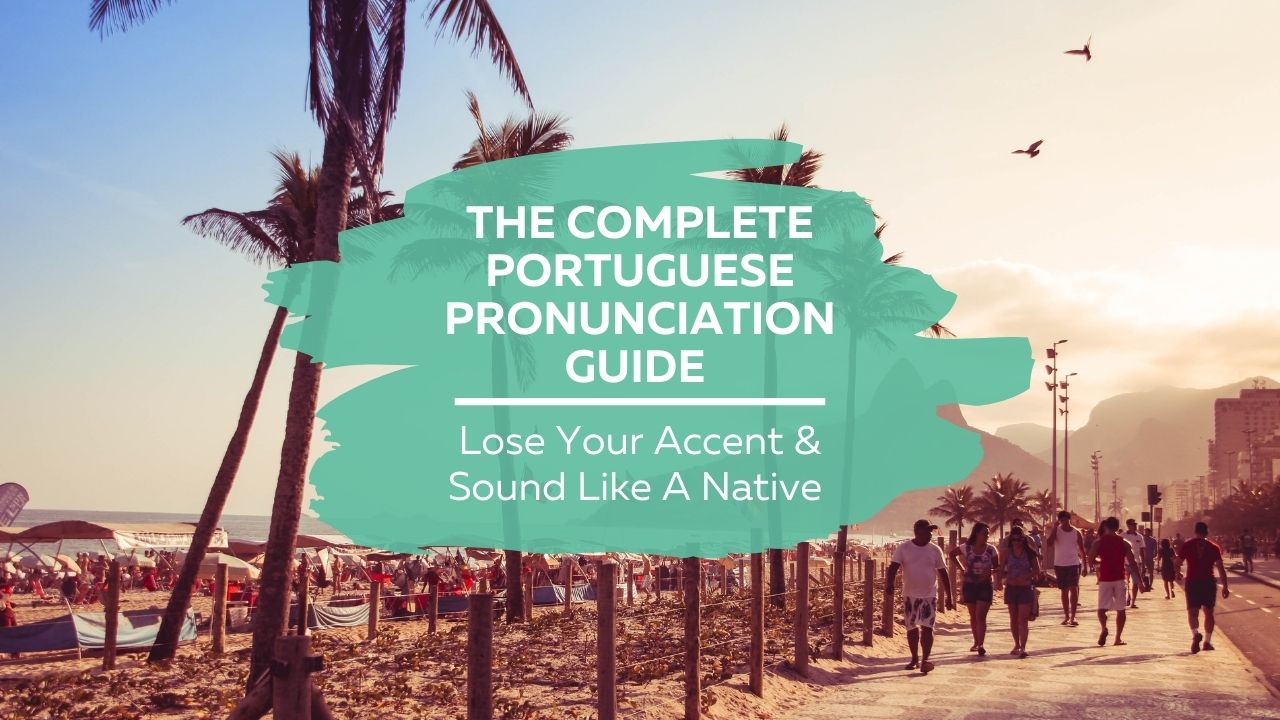 When you start learning Portuguese, Brazilian Portuguese pronunciation can be the most challenging part. You get tongue-tied and feel like you’ll never learn how to make the correct sounds.

Portuguese pronunciation can seem difficult to master, but with some patience, persistence and practice, anyone can learn to speak Brazilian Portuguese like an almost-native☺

The good news is that you picked the absolute best language to learn as a non-native speaker. That’s because Brazilians are so friendly and welcoming that even if you’re not able to pronounce things perfectly, they will be so appreciative that you tried!

Whether you’re planning a vacation on some of Brazil’s famous beaches, looking to learn some business Portuguese for a meeting in Sao Paulo or just love the language and want to enjoy it from the comfort of home, pronunciation is an important, and often a bit tricky part of any language learning process.

When learning pronunciation in a new language, it’s always a good idea to start with the alphabet. Even though it may seem basic, the letters of the alphabet are the building blocks on which a language is based. When you learn how to pronounce a language’s alphabet, you gain a glimpse into the different sounds of that language.

So, without further ado, let’s take a first look at how you pronounce the letters of the alphabet in Brazilian Portuguese.

Did you notice the differences between how you pronounce the letters in the Brazilian Portuguese alphabet vs. the English alphabet?

Practice reading aloud the alphabet in Brazilian Portuguese and make a voice recording of your pronunciation so you can listen to yourself and make corrections as needed.

While English also has many consonant combinations where the two consonants together create a different sound (knife, phone, laugh, this), Brazilian Portuguese is blessedly much more straightforward, and you stand a good chance of getting the pronunciation right by making an educated guess.

Though not as many as in English, there are some Brazilian Portuguese consonant combinations that produce unique sounds.

While for the most part, what you see is what you get in terms of Brazilian Portuguese pronunciation, there are also cases where the consonant pronunciation changes depending on the vowel that follows it. For example:

In words like dente (tooth), frente (in front of), quente (hot), the te makes the sound of the English “tch”: dentch, frentch, quentch.

One of the great things about Brazilian Portuguese is that, like all Romance languages (Portuguese, Spanish, French and Italian), it has accents.

While it may seem annoying at first to have to learn a whole other written skill set such as adding the correct accents on the correct letters, once you understand the sounds they make, you’ll see accents as useful guides for your pronunciation.

Believe me, foreigners learning English as a second language often wish English had accents so they could have an easier time with the pronunciation.

To give you a clearer picture, imagine you were exaggerating the vowel sounds on the following English words:

Now, let’s look at those accents with Portuguese words so you can apply what you learned in Brazilian Portuguese:

The grave accent actually has the same sound as the acute accent. But you use it in specific instances:

à – is pronounced aah and is used in very few words. Most commonly, you’ll see it used in the word à/às which means “to”, “on”, “at”, depending on the context.

The important thing to remember is to pronounce it with an open sound and to place emphasis on the syllable with the à. 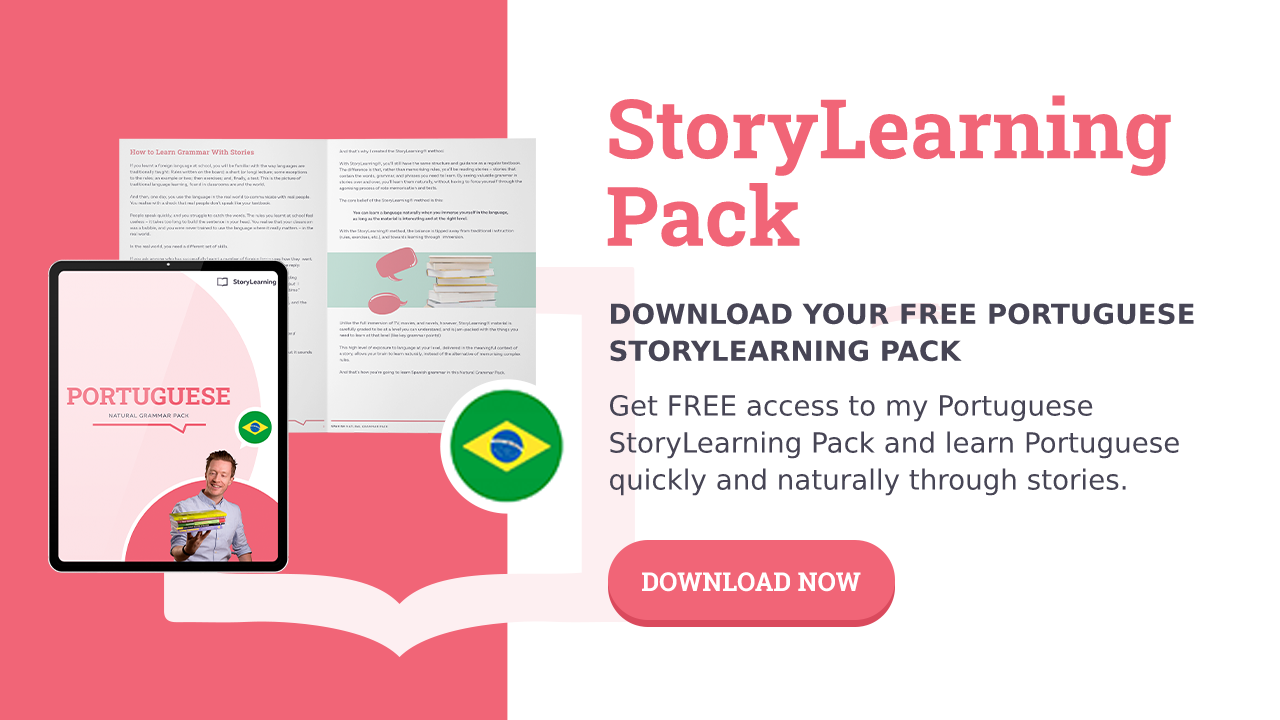 The acento circunflexo (circumflex accent) looks like a little pointy hat that sits on top of an â, ê, or ô in Brazilian Portuguese. It has the effect of shortening the sound of the vowel, making the sound quite sharp and abrupt and also placing the emphasis on that vowel.

Some examples of the acento circunflexo:

The til (tilde) will be familiar to Spanish speakers. It’s the wavy line that sits over the ñ in Spanish, making the famous nya sound. However, in Brazilian Portuguese, you won’t see the tilde over the n. Instead, it plays an important role with the ã and õ vowels.

The tilde is the accent that produces the biggest change in the sound of the vowel, even changing the pronunciation completely. It produces a very nasal sound, kind of like when you have a head cold.

Here are some examples of the tilde in Brazilian Portuguese:

For those familiar with the French language, the cedilha (cedilla) is no stranger. It’s the little hook you'll find under the letter ç to make the sound of “s”.

You'll come across it a lot in Brazilian Portuguese, so it’s important to recognize it when you see it.

Here are some examples of the use of the cedilha in Brazilian Portuguese:

Tips To Improve Your Portuguese Pronunciation

Taking The Next Steps: Portuguese Pronunciation

Learning the correct pronunciation in Brazilian Portuguese can be challenging, but it can also be fun! If you feel tongue-tied and frustrated, just breath and relax and try again.

Remember that practice really does make perfect and the more you train your Brazilian Portuguese pronunciation, the closer you’ll be to fluency.