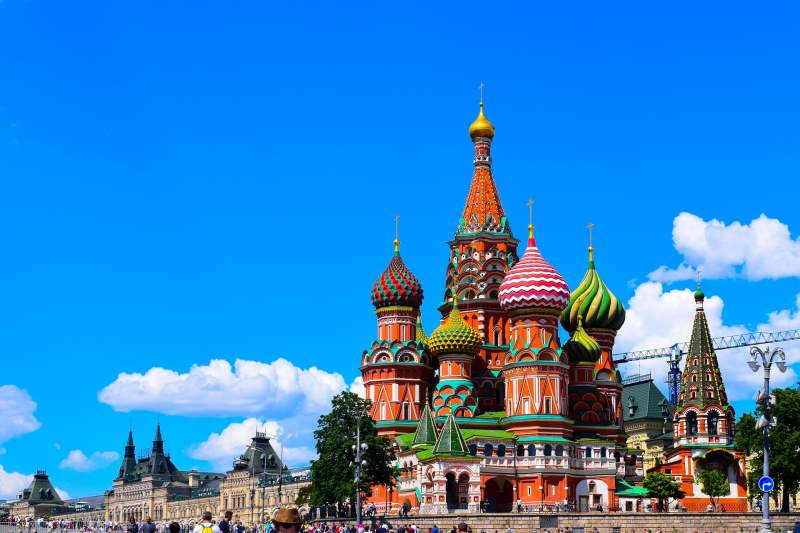 The Complete Russian Pronunciation Guide: Lose Your Accent & Sound Like A Native

However, there is a lot to say. And that's probably why you're learning Russian! In addition to what you say, it's of course important how you say it. Rather than being silent, you'll have to talk a lot to practice!

When learning a new language, pronunciation is often one of the hardest aspects to master.

Oftentimes, there are sounds in some languages that aren’t found in others. It can sometimes be tricky to teach your mouth to move in new ways!

Luckily, Russian pronunciation and spelling are very consistent and logical. Once you learn the sounds and rules, there are no traps you can fall into.

You don't need to focus too much on how Russian is transcribed into the Latin alphabet. Although transcriptions can give you a good idea of how a word sounds, reading them as they are won’t necessarily sound “right”.

The key thing is to take it step by step. And try to listen and talk to native Russian speakers as much as possible.

In this guide I’ll cover everything you need to know about Russian pronunciation, including:

So let's get started with the alphabet and letters.

The first step to learning Russian pronunciation is understanding the Cyrillic alphabet and how each letter sounds. It may look alien to you now, but it won’t for long!

The Cyrillic alphabet only has 33 characters. And many of these are very similar to Latin letters in how they look, sound, or both.

That only leaves some Cyrillic letters which have no equivalent in English, including the hard and soft signs, which modify consonants.

Let’s look at each letter on its own. I'll show you what each letter is called in Russian, how each one is commonly transcribed into English, and how they sound with examples from words in English.

In the list above, you may have noticed the funny-looking b’s called the hard sign and the soft sign. These symbols are a key feature of Russian pronunciation.

Here’s a reminder of how they look and their names:

(Note: Be careful not to confuse the soft sign with the letter Ы ы!)

Although both of these characters are silent, they affect the sound of the letter they follow. I’m sure you’re wondering what exactly they do.

When you begin to say Russian words, you'll notice that the so-called “soft” Russian vowels change the sound of preceding consonants, by making them softer.

Let’s consider an example in English to help you understand a bit better.

(The same soft sound is also found in other languages, like the ‘n’ sound in the word gnocchi in Italian, for example.)

Technically speaking, a soft consonant is @, or pronounced with the middle of the tongue raised towards the roof of the mouth.

The hard sign (or a hard vowel), on the other hand, prevents palatalisation. So you pronounce a hard consonant with the tip of the tongue touching the front of the mouth (or the lips).

If there's a hard sign after a consonant, you should read it as a hard sound. In transcriptions, the consonants hardened by the hard sign are separated from the softening vowels that follow with a dash.

Some examples of words that use the hard sign are:

The soft sign, on the other hand, is used to make the preceding consonant sound softer. This usually occurs at the end of a word or between two consonants. In transcriptions, the soft sign is marked with an apostrophe.

Those are the basics of the cyrillic alphabet and how to pronounce each letter, bearing in mind the effect of the hard and soft sign.

Let’s move on to a couple of important exceptions. Specifically, we’ll talk about when vowel sounds can change based on stress.

Stress indicates which syllable is emphasised in a word. In Russian, stress plays an important role. It determines how letters in a word are pronounced, as well as meaning and grammatical value.

Unfortunately, stress is not fixed in Russian. It can fall on any syllable in the word, and it is not indicated in writing.

Stress can also change its place in the word depending on the form of the word, which can be a challenge for beginners. But don’t worry about that too much for now.

You need to pay attention to where the stress falls when learning new words in Russian. In textbooks and other learning resources, the stress will usually be marked with an accent.

Eventually, you will have to memorise these. But stay positive, because I can assure you that with some practice, it will come naturally before you know it.

Now, let’s see how stress determines the pronunciation of stressed and unstressed vowels, based on a simple set of rules.

Stress, or accents, affect how you pronounce vowels in a word. The reduction of vowels happens when they are not part of the stressed syllable in the word. This means they are pronounced less distinctly than the others, and how they sound changes.

The difference in pronunciation depending on stress in Russian is comparable to “short vowels” and “long vowels” in English. The first ‘a’ in “cascade”, for example, sounds different from the second.

Luckily, there are only four main vowel reduction rules to memorise, and as you start pronouncing more Russian words they will begin to come naturally.

Anywhere after the stress, and more than one syllable before the stress, the letters ‘о’ and ‘a’ sound like [ə] (or the ‘a’ in “orca”).

In the syllable before the stress, the letters е, я are pronounced like и [ee] (like the ‘ee’ in “cheese”).

Anywhere after the stress and more than one syllable before the stress, е and я are pronounced like ‘ə [yuh] (or ‘ye’ in “yes”).

It might seem like a lot to take in at first. Maybe it will help to see it from another perspective.

If you think about it, vowels are sounds you make with nothing but your voice and the shape of your open mouth. (Try saying “yeow!”, and you will say all the vowels in a row as you change the shape of your mouth.)

When a vowel is stressed within a word, it becomes the emphasised sound. As you say it, your vocal energy goes into that vowel. And often your mouth moves to make the sound in full. Most stressed vowels require you to change the shape of your mouth as you say them.

Unaccented vowels, however, are diminished versions of their accented counterparts. When the stress falls elsewhere, you use less distinct, almost “mumbled” versions of these vowels, which require less effort to say. You also move your mouth less. This is how an ‘o’ sound can become an ‘uh’, or a ‘ya’ can become a ‘yuh’.

In some languages, this difference happens naturally. In Russian, there are rules for it, because the significance of stress makes the sounds more distinct.

But that’s enough about Russian vowels, for now. Let’s move on to the consonant sounds.

Like vowels, consonants can sound different depending on where in the word they are. Some are pronounced more distinctly, while others are said softly. These are called voiced and voiceless consonants, respectively.

These pairs can interchange in how they are pronounced depending on their position in the word. A ‘t’ can sound like a ‘d’, for example (similar to US English as in the word “ditto”).

1. Devoicing When The Consonant Is At The End Of A Word

When a voiced consonant is at the end of a word, it becomes devoiced, or pronounced as its voiceless counterpart. (If the final consonant is accompanied by a soft sign, you still include it.)

If a voiced consonant is followed by a voiceless consonant, both become voiceless.

If a voiceless consonant is followed by a voiced consonant, both become voiced.

Now, it might seem like there are many rules you need to remember. But the truth is, nobody expects you to get it right from the start.

When you begin to hear and speak more Russian, these rules will start coming naturally to you. It will take some time and practice, but before you know it your Russian will sound great.

That’s it – you’ve now know how all the Russian letters sound. And the cases in which their pronunciation changes.

Now it’s up to you to spend some time listening to these sounds and practicing them yourself! Once you get a good grasp on the above, your Russian pronunciation will sound authentic, and you'll have less of an accent.

The key to developing a good understanding of Russian pronunciation is listening to native speakers. Likewise, the best way to learn how to say words is by repeating the way Russians say them.

So time to go out there and immerse yourself in Russian. You can watch Russian movies on Netflix.

Or you can apply a fun and effective method like StoryLearning® and immerse yourself in audiobook versions of short stories in Russian. As you read and listen and even try reading aloud, you'll start to develop your Russian pronunciation skills naturally.