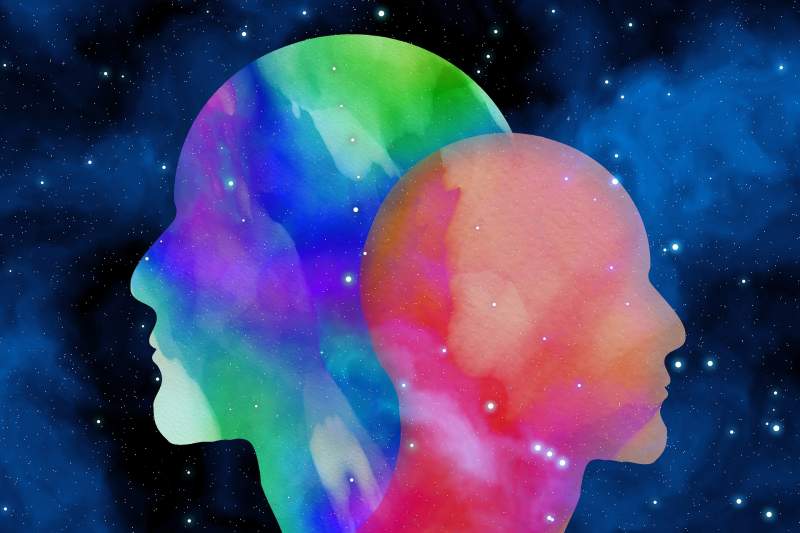 The Psychology of Speaking Another Language

I'm going to make a confession – I've always been really shy about speaking to strangers in another language. This is a reflective post about the psychology of why I think that happens, and might be learnt from that.

By the way, if you want to speak your target language thanks to a fun and effective method that teaches you through stories, not rules, check out my StoryLearning® courses and claim your free 7-day trial.

Confidence – Food For The Wise Man Or Liquor For The Fool?

There's a certain psychological process that I go through with each new language, having now struggled through it so many times.

At the beginning of the language learning process, after learning a few words and basic greetings, I get a bit cocky. I quite like walking round and rattling off the local equivalent of “Hey, how's it going!” or “Enjoy your food!”

People always appreciate the effort, smile, say something back, and there's an all-round good vibe! From my side, I get a bit of a kick, and as yet I have no expectations of being able to say much more that this.

Next comes the confidence nose-dive stage. As I progress, I quite quickly reach a stage where I like to think I've moved beyond the stage of ‘that guy who can say a few words in [+language]'.

The best possible thing would be for people to stop using English with me and speak only in their language; I know that if they do I'll benefit massively.

Gradually, as I set my sights on the next big prize (conversational fluency) the greetings and catchphrases I was throwing around begin to sound trite and I feel like I'm being labelled as a one-trick-pony.

Those little daily interactions, which gave me such a thrill at the beginning, are now tiresome and trivial. “I have to speak the language properly now,” I tell myself. The problem, of course, is that I can't yet hold down a conversation.

Not being able to handle a conversation only comes from one place – home study at the expense of getting out there and interacting with people (i.e. active listening).

At this stage my listening comprehension is always far behind my level of speaking. In conversational terms, I can speak but I can't understand what the other person says. As long as that happens, the conversation immediately reverts to English.

This leaves me in the all-too-familiar no man's land of starting to take myself seriously, yet not being able to come up with the goods.

There are no limits. There are only plateaus, and you must not stay there, you must go beyond them.

Going from this stage to where I actually want to be (holding down a decent conversation) is a mammoth task.

To a certain extent, surroundings play an important role here. If you live in a country where people speak your target language it is certainly an advantage.

But it's a marginal advantage, and certainly not a precondition; living in the country or not, it's still down to you to hunt out the right sort of opportunities.

In some places it's easier than others. If you're in Brazil, chances are it's not such a big deal because people will just talk to you wherever you go! But then by the same token, Brazilians are like that everywhere – you just have to find them.

The “Brazilian effect” certainly doesn't happen everywhere. In Japan, for example, people would often run a mile rather than start up a conversation with a blonde haired, blue-eyed Westerner!

Interestingly, I eventually realised that that is usually because they are worried that their English isn't good enough to talk with a foreigner! The fear villain messes with us all.

So, how to move on? The easiest thing to do is to give up. The next easiest thing: hit the books (a fairly easy option because it just requires you to sit down and read). I've done both.

But I've discovered that what you really have to do at this stage in order to make the progress you really want, is to start speaking and not stop. More than ever. Hit it hard.

There's plateau after plateau to break through and no amount of self-study (let alone costly language school tuition) is going to do it.

The psychological danger of not doing this: the longer you wait to start speaking, the harder it will get to start. Then you're really in trouble because the effort that's required to surmount that particular obstacle is huge and becomes a psychosocial issue more than a linguistic one.

I've been there – finding myself really wanting to talk in a certain situation but not having the linguistic confidence to do it. And the cause is clear: paralysis by analysis.

Learning it, but not using it. Having too many words and grammar rules flying around in my head, but not having built up that rapid-fire ability to pull out appropriate language on demand.

I'm not a particularly shy person, but speaking to strangers in the early stages of learning a language is usually a step too far for me. If you're naturally a shy person, it must be terrifying!

Someone To Talk To

What worked for me in every single case was finding a language exchange partner – someone who I could sit down with for an hour or more at a time.

Finding willing partners is easy – you either offer your reciprocal services as a native speaker, or you pay them. Either will do the trick.

How to really get the most out of a conversation exchange is a story for another day, but the important point to make is that your partner should not act as a teacher. They are essentially a sounding board for you to practice with.

Your role is to push yourself to hold a genuine conversation without reverting to your mother tongue. You need your partner to:

This may sound simple. It is. Look closely and the roles described above. What do you notice?

It's the exact same relationship as mother and child. We are biologically conditioned to learn this way and is what makes this approach so powerful.

It is, in fact, one of the core principles of second language acquisition and is well-documented in research literature if you're interested in reading more about it.

If you deny yourself the opportunity to speak, think of all the mistakes you'll never make!

By seeking and blundering we learn.