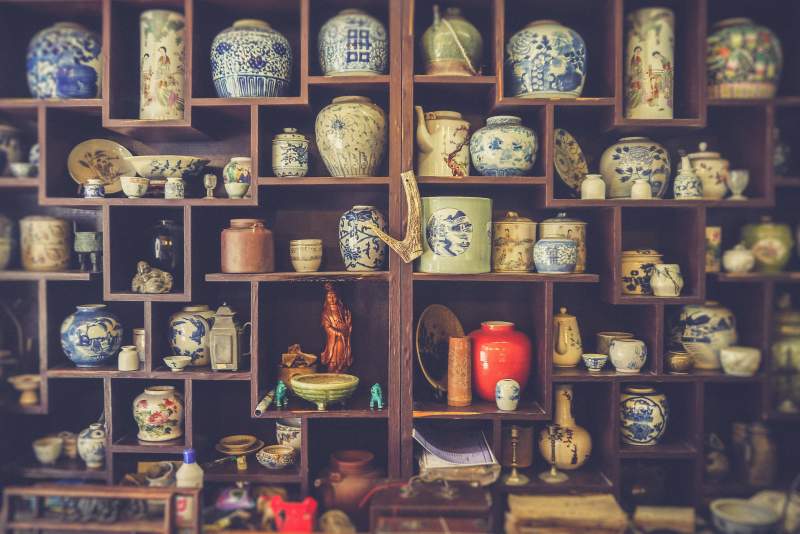 Chinese “Dialects”: A Smart Learner’s Guide To What The 7 Chinese Varieties Mean For You

Are you learning Chinese?

You're probably asking yourself these kinds of questions:

So if you're looking for answers, you’ve come to the right place!

In this post, I’ll take a look at the difference between a “language” and a “dialect”. And attempt to answer this question in the context of Chinese. It’s a complex question – but also a fascinating one.

Last but not least, I’ll talk about what all of this also means for you and your Chinese learning journey.

Let’s start by taking a quick look at what all these varieties have in common.

The course also includes bonus culture lessons so you can learn all about the differences in culture, traditions and language in different parts of China. Pretty cool, eh?

Hit play to watch the video version of this post or keep scrolling to read!

All the varieties of Chinese spoken today fall into the same wider language family: Sino-Tibetan. This means that they share common origins and a certain amount of linguistic similarity.

While there are many spoken varieties of Chinese, they all share the same basic writing system: Chinese characters (which come in both Simplified or Traditional form.) They also share a lot of basic grammar and vocabulary.

However, the biggest point of difference is pronunciation.

Some varieties of Chinese sound very similar and amount to minor differences in accent, while some are not mutually intelligible at all!

So…how do we classify all these varieties?

Are Chinese Varieties Languages Or Dialects?

You’ve likely heard of some of the spoken varieties of Chinese that we mentioned earlier. Mandarin and Cantonese are the most widely spoken. But there are a whole host of others.

The answer largely depends on how you define the terms “language” and “dialect.” Unfortunately, this is not a straightforward classification.

What Is A Dialect?

To start with a basic definition, a dialect is a distinct variant of a language spoken by a subgroup of that language’s speakers. So dialects of a language are generally closely related linguistically and are largely (or completely) mutually intelligible.

In English, you tend to think of this in terms of regional “accents.” For example, a Scottish English speaker and an American English speaker may use different slang and have quite different pronunciation. But they can (at least mostly!) understand each other.

The many varieties of Chinese are often referred to as “Chinese dialects.” So does this mean they are all mutually intelligible? No such luck!

So if a Mandarin speaker from Beijing and Cantonese speaker from Hong Kong tried to have a conversation, they would struggle more than those Scottish and American English speakers!

There can certainly be social and political aspects to the “dialect” versus “language” question, too. Classifying a variety as a “dialect” of one language is encouraged to promote a sense of political or national unity. And is certainly relevant in the case of Chinese.

Some people have compared the difference between Cantonese and Mandarin to that between Spanish and Portuguese. These two are considered languages in their own right – while Mandarin and Cantonese are often referred to as dialects.

Suffice to say there is a very significant amount of variation between different varieties of Chinese. Let’s leave this question aside for a minute and zoom in on the individual sub-groups of Chinese.

Varieties Of Chinese – An Overview

So, how many varieties of Chinese are there?

If we’re talking a broader classification, most linguists divide Chinese into 7-10 dialect groups.

And if you break those groups down further into regional variants, you find more than 200.

In a nutshell, China is very big and very old. When speakers of a language live across a wide area, regional variation naturally occurs over time.

Factors like geographical region and shared linguistic features (grammar, sounds, vocabulary and so on) enable linguists to classify the subgroups.

Much of the distinction lies in the sounds that each variety uses. However, it’s difficult to have a meaningful discussion of these phonetic differences without audio clips or a bunch of linguistic terminology (voiced fricatives, anyone?).

So for our purposes here, I’ll stick to an overview of where each group is spoken and some other relevant basics.

Mandarin is the most widely-spoken group of Chinese varieties. It originates in the north of China and is spoken across northern and southwestern China. It includes Standard Mandarin, a variety based on the Chinese spoken in Beijing.

As the official language of the People’s Republic of China, use of Standard Mandarin is widely promoted by the Chinese government. It’s used for education, government and business even in many regions where people speak a unique local variant natively.

Mandarin is also the official language of Taiwan and one of the 6 official languages of the United Nations. Second language speakers usually learn this variety. And you'll hear it in global business and in international Chinese communities.

Check out this post for a more detailed introduction to Mandarin.

This linguistic group mainly has speakers in Shanghai, Zhejiang province and Jiangsu province, as well as neighbouring areas.

Some of the well-known variants include those spoken in Suzhou and Shanghai (often referred to in English as Shanghainese).

There’s quite a lot of variation within this group, and many Wu Chinese varieties are not mutually intelligible.

You'll hear this group in Jiangxi province and the neighbouring areas, including Hubei, Hunan, Anhui and Fujian provinces.

Phonetically, it has the most in common with the Hakka group of dialects.

The Xiang Chinese group is spoken largely in Hunan province, as well as parts of the surrounding provinces of Hubei, Guizhou and Guangxi. It’s also transliterated as “Hsiang” and sometimes called Hunanese.

Mandarin has quite strongly influenced Xiang varieties. You can hear Mandarin in much of the area bordering the Xiang-speaking region.

Min varieties come from Fujian province. They're also spoken by the descendants of people from Fujian who migrated to Guangdong, Hainan, Taiwan and some other southern regions.

This group is the most linguistically diverse. In parts of Fujian, people in two villages right next to each other might speak completely mutually unintelligible varieties of Min Chinese!

You can also hear Min Chinese in many overseas Chinese communities in South-East Asia. There, these varieties are collectively referred to as Hokkien (based on a pronunciation of “Fujian”).

Taiwanese or Taiwanese Hokkien are the collective names for the Min Chinese varieties in Taiwan.

Cantonese is the “standard” variety of Yue Chinese. Cantonese is the lingua franca in the southern Chinese provinces of Guangdong and Guangzhou. It’s the official language of Hong Kong and Macau. And you'll hear it in overseas Chinese communities as well as international business.

“Cantonese” in English originally meant the variety spoken in Guangzhou, the capital of Guangdong (Guangzhou used to be called “Canton” in English). But these days, it often refers to Yue Chinese varieties in general.

Another variety of Yue Chinese is Taishanese, which you will hear among people in overseas Chinese communities. Not all varieties of Yue Chinese are mutually intelligible.

You can find a more detailed intro to Cantonese here.

The Hakka people speak this group of variants across parts of Guangdong, Fujian, and elsewhere in southern China, Taiwan and South-East Asia.

Since Hakka speakers are scattered across geographically diverse regions, there is quite a lot of variation between Hakka varieties. Some are mutually unintelligible. Hakka shares the most similarity with the Gan subgroup.

So, What Do The Chinese Varieties Mean For Me?

The above overview gives you some context on the Chinese language group. But do you really need to worry about all this when deciding to learn Chinese?

Few second language learners start out by learning a variety other than Mandarin or Cantonese. These are by far the most widely spoken and useful varieties. You don’t need to learn them all!

Practically speaking, there’s little likelihood you’ll need to learn any of the many other local variants if your goal is to communicate effectively with most Chinese speakers.

The majority of native speakers speak one of these two “standard” varieties alongside their local variant.

So, never fear – you won't have to learn 200+ varieties to communicate with Chinese speakers! It’s simply helpful to be aware of this rich variation when you start learning, so that you know what to expect.

Chances are that even if your Mandarin is perfect, one day you will run into someone from Sichuan or Shanghai and realise you can’t understand a word they’re saying. Don’t panic! That’s normal, for native speakers of Chinese too.

Of course, if you want to learn another variety, perhaps to better connect with family who speak it or the locals where you live – then more power to you!

The Big Question: Mandarin Or Cantonese?

That said, if you’re going for maximum utility the main question you’ll want to focus on when starting out is whether to learn Cantonese or Mandarin.

Mandarin is considered somewhat easier to learn since it has fewer tones, and is also the most widely spoken. But both have their benefits and are widely-spoken global languages.

Did you see that? I called them languages! For the purposes of language learning, it makes sense to consider Mandarin and Cantonese to be separate languages.

While knowing one will definitely give you a head start in learning the other, it’s not a complete “freebie”.

It’s true that they share a writing system, so you won’t have to re-learn Chinese characters – great! Already being familiar with the general sounds, vocab and the concept of tones certainly helps, too.

But there are significant enough differences in pronunciation, vocab and word order that they essentially are two languages that both need to be learned in their own right.

So Which Chinese Dialect Should I Start With?

Wondering which of them you’d rather start with? Check out this post for a more detailed discussion of the differences between Cantonese and Mandarin, and how to choose which one to study.

As we’ve seen, the varieties of Chinese out there are fantastically diverse. But there’s no reason to let this intimidate you when you’re starting out!

A good grounding in either Mandarin or Cantonese (or both!) will allow you to communicate with a huge number of Chinese speakers. They’ll also provide a great foundation for exploring the wider world of Chinese varieties later if that’s what floats your boat.

So, what are you waiting for?! Time to set sail!