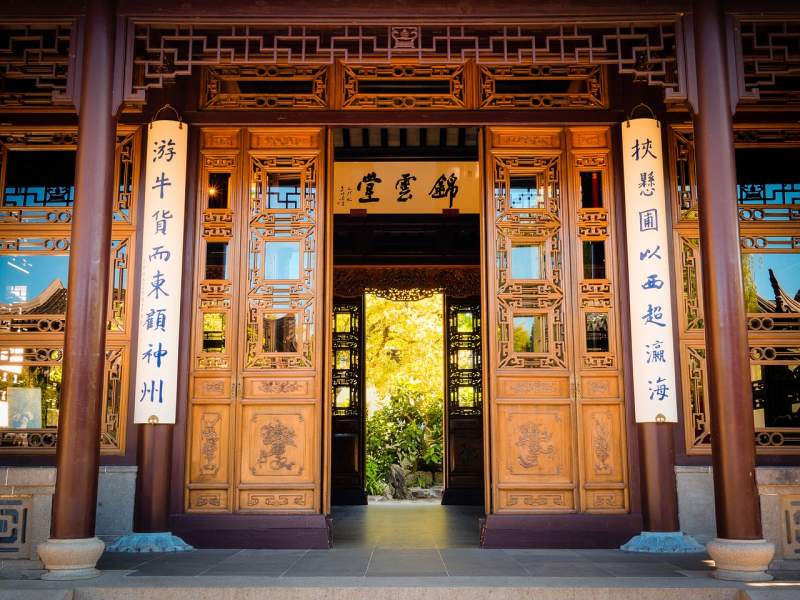 Wondering what the best way to learn Chinese characters is? No wonder. Learning Chinese is complex enough and a lot of that is down to the characters.

Yet, the complexity of Chinese characters is also what makes them so beautiful and fascinating.

And likewise, though the overall effect can be mind-boggling, once you break them down into their individual features, they start to seem less mysterious!

So let’s discover the 7 steps that'll make it easy for you to learn, understand and even read and write Chinese characters. After reading this article, you won't find learning Chinese characters quite so intimidating anymore.

How To Learn Chinese Characters: How Many Do I Need? And Which Ones?

The Chinese writing system (which contains anywhere up to 80,000+ characters, depending on which dictionary you refer to) can seem daunting at first.

Luckily, you only need to learn 2500–3000 characters for basic literacy—much more manageable.

One question to answer early on is whether to start out learning Simplified or Traditional characters.

Otherwise, the majority of second language learners tend to start with Simplified characters, which have been standard in mainland China since the 1950s.

In this article, you'll learn about Simplified characters and standard Mandarin pronunciation.

In modern Chinese, each character represents one mono-syllabic word or morpheme (unit of meaning).

They can also combine: the majority of words in modern Chinese are composed of two or more characters.

Some of the simpler characters are pictograms, or simplified representations of real-world things.

Some oft-quoted examples are:

Pictograms only get us so far, though. I mean, have you ever tried drawing a simple visual symbol for “philosophy” or “uncle who is the younger brother of one’s mother”? Me neither.

So, most characters are built from several characters put together. For example:

These individual building blocks are called radicals, and around 200 of them make up ALL Chinese characters.

Good news for us: once we learn all the radicals, we have a solid foundation for breaking down any character we come across. HanziCraft is a great tool to explore this.

Most characters have both semantic (meaning) and sound (phonetic) components. In the above examples, the “wood” radical was the semantic component.

How To Pronounce The Characters

The phonetic component gives clues to the sound of the character. For example, all of the following characters contain 林 (lín) plus one other radical, and they share identical pronunciation:

In other examples, the phonetic link is more tenuous—the phonetic component indicates a sound in common, but not the whole syllable.

So, to reliably indicate pronunciation, we use the romanisation system used above, called Pinyin. More on that in a second.

Hanyu Pinyin is a romanisation system developed for Mandarin in the 1950s, that represents the sound of each character.

Basically, it's a way of writing Chinese using the latin characters common to most Western European languages, so that you can read and pronounce words in Chinese before you've learned to understand Chinese characters.

Pinyin is phonetic, so once you’ve learned the system, it takes the guesswork out of pronunciation. Chinese children and second language learners both learn Pinyin as a stepping stone to learn Chinese characters.

Since Chinese is a tonal language (the pattern that the pitch of your voice makes on each syllable forms part of the meaning), Pinyin also includes tone markings in addition to the standard letters.

Pinyin will help you learn to pronounce the characters correctly!

Step #3: Tell Yourself Stories In Chinese

The wonderful thing about Chinese characters is that each one has a story to tell.

Since each radical carries its own meaning, using stories, or mnemonics, can help you form connections and remember tricky characters.

Some of these are quite self-evident.

One of my favourite examples is the word for “desert”:

The first character, 沙, which we met earlier, means “sand” and is composed of two radicals:

Little water? Sounds desert-y to me.

The second character, 漠 (which means “desert” but isn’t typically used on its own), is composed of four parts:

A sandy place where there is no water or grass because the sun is too “big” = a desert!

For other less obvious characters, you can make up your own mnemonics—the sillier or more personal, the better. Doing this will help make the characters you learn unforgettable and make your learning more fun at the same time!

Repetition is an unavoidable part of making characters stick.

But you don’t have years to spend rote-learning characters as kids in Chinese elementary schools do: writing, reading, writing some more…

Learning to write Chinese characters is certainly important. When you're starting out, writing forces you to consciously break down each character into its components. This enables you to actively produce and recognise them.

As you progress, you may find that the ability to type in Chinese is sufficient for your purposes and decide to focus less on Chinese handwriting. But that’s a debate for another day!

Why You Should Give Flashcards A Try To Learn Chinese Characters

Whether you decide to write or type, flashcards are helpful way to get the repetition you need to master Chinese characters, particularly in their modern incarnation: SRS or “spaced repetition software.”

With these programs you can choose your flashcard content and let the software track which cards you need to review at the most appropriate intervals.

“Spacing” the repetitions, according to the psychological principle, is much more efficient for learning than simply repeating the same thing ad nauseum.

Some good SRS flashcard apps are:

Step #5: Read Things You Care About In Chinese

Of course, you can only go so far by learning each character in isolation.

Characters are the building blocks of language, and the more you use and encounter them in a meaningful context, the more they will stick. Learning in context is one of the best ways to learn Chinese characters.

This is no great revelation, but the key is motivating yourself to read in Mandarin even when it’s a challenge. So, find something you care about!

Likewise, once your listening is up to it, watching Chinese movies or shows with Chinese subtitles is another way to solidify the connection between written and spoken language.

Singing Chinese songs at KTV (karaoke television) fulfils this purpose, too! Speaking of which…

Social connections are vital for improving your listening comprehension and spoken fluency.

But, nowadays a massive part of our social interaction happens in the digital sphere – which is useful for developing your reading and writing (well, typing) skills too.

Get Yourself Set Up On Chinese Social Media

Messaging your Chinese-speaking friends, family, language partner, or teacher means you are using characters with purpose. It also allows you to expose yourself to characters you wouldn’t often see in print.

In a chat conversation, you may come across a bunch of characters that represent verbal interjections.

Did you know there are at least 4 ways to laugh in written Chinese?

Take your pick from:

For more advanced learners, blogs and social media posts also let you get familiar with internet-speak, which is often different from what you’ll read in print media or hear spoken aloud.

While there is no magic key to learn Chinese characters quickly, it certainly helps to be patient with yourself.

We all have moments of frustration. So it pays to focus on the progress you’ve made, rather than how much you still don’t know.

Language learning is a never-ending process, even for native speakers.

I have a friend who, while attending a university program in Beijing, took great delight in casually asking his native Chinese-speaking classmates how to write the character 嚏 (tì) from the phrase 打喷嚏 (dǎ pēntì)—“to sneeze”.

Most of them had forgotten and needed to look it up!

While I wouldn’t necessarily suggest trolling your friends as encouragement, it’s a good reminder to be ok with where you’re at in your journey.

Learning characters is a challenge for anyone, but it’s well worth the effort.

Why Learning Chinese Characters Is Worth It

With the largest number of native speakers of any language in the world, knowing Chinese certainly opens a lot of doors.

Not only will learning Chinese characters take you on a fascinating journey through Chinese culture and history, it may even change the course of your life’s journey itself.

The only way to discover what’s on the other side is to open the door!

Using the tools and advice in this post, you can learn Chinese characters in a way that works for you. And you can do it without spending hours copying them out or trying to memorise them all.

As you've learned, you can break down the characters to help you understand and remember them. Plus, you can use technology like spaced repetition flashcards, social media or even subtitles to help commit the Chinese characters to memory.

So time to get started!