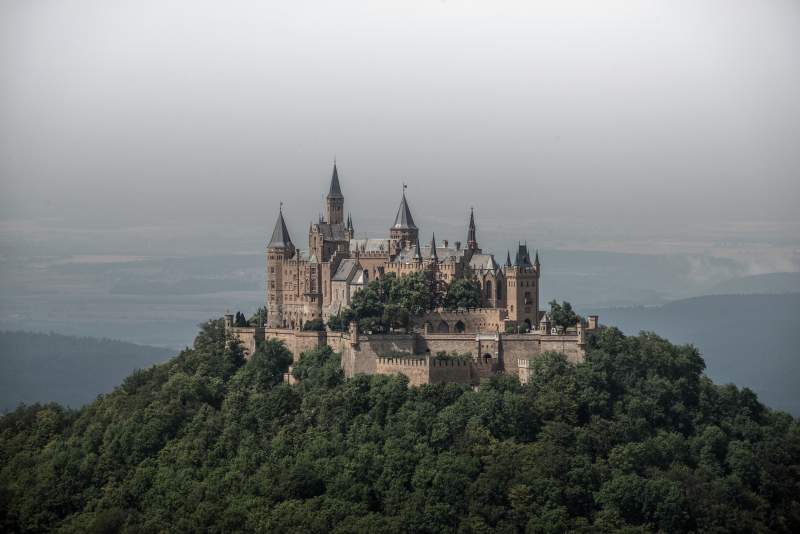 The German Cases Explained: A 5-Part Guide To Finally Understand The Cases In German

As you learn German, have you ever noticed how the German language doesn't have a one-word equivalent for “a,” or “the?”

Maybe you've noticed a variety of possibilities to translate “a” such as ein, eine, einer, einen, or einem. It gets even more complicated when translating “the.” When do you use der, die, das, den, or dem?

The German cases may seem intimidating at first. But there are a few rules that can help you along the way.

In this article you'll learn what the different cases are and when to use them. By the end of this post, you'll have a clear understanding of the German case system.

With German Uncovered you’ll use my unique StoryLearning® method to learn German cases and other tricky grammar naturally through stories. It’s as fun as it is effective.

In the meantime, back to the subject at hand…

So let's dive into everything you'll ever need to know to understand the cases in German.

Check out the infographic below for a quick overview of what we'll cover.

The first thing to know about German nouns is that they have genders. For native English speakers, this is an entirely new concept.

As you can see, German nouns can have one of three genders:

Tip – when you learn new German vocabulary, try to learn the gender as well. Knowing the gender of a word will help you choose the correct case and endings.

In addition to having a gender, a noun's article changes depending on if it's a subject, object, direct object, or indirect object. The four German cases are nominative, accusative, dative, and genitive.

Let's look at each case in more detail.

The nominative case answers the question, “wer?” or “who?”

In both German and English, the nominative case describes the subject of a sentence. Masculine, feminine, and neuter articles appear as follows:

You can see the nominative in context in these examples:

The accusative case, known as the objective case in English, answers the question “wen?” or “whom?” and describes the direct object of a sentence.

Let's see how the masculine, feminine, and neuter nouns change in the accusative case.

As you probably noticed, only the masculine articles change in the accusative case. Let's look at a few simple examples:

There are also a few prepositions that always take the accusative case:

A Quick Note On Word Order

In English, we use word order to clarify which nouns are subjects, objects, and indirect objects. But German allows for more freedom of word placement, as long as we use the correct case.

Following are a few examples of the accusative case:

As you can see, the meaning of the sentence is derived from the case, rather than the word order. This concept is somewhat different in English, so it can take some practice to get used to.

The dative case describes the indirect object of a sentence in German and English and answers the question, “wem?” (whom), or “was?” (what).

The dative case is slightly more complicated than the accusative. Take a look at the dative article forms to see if you can spot the differences:

Typically, we use the dative case for indirect objects, which usually receive an action from the direct object (in the accusative case). As with the other cases, word order is flexible, as long as you use the correct case. For example:

And some German verbs always take the dative case. These verbs are:

Below are the definite and indefinite article changes for the genitive case.

The masculine and neuter forms require either an -s or -es ending. Single syllable words take an -es ending, while words with multiple syllables take an -s ending. Here are a few examples.

But in spoken German, Germans sometimes use the dative case with these genitive prepositions.

Overview Of The German Cases

It's easier to choose the correct case when you're familiar with the changes of the definite (der, die, das) and indefinite articles (ein, eine, ein). I've created these charts to remind you of the different changes you've seen so far.

Just as the definite and indefinite articles change, so do personal pronouns. However, this is also the same in English, as “I” changes to “me” or “my”. For example:

The following chart makes it simple to decline German pronouns in all four cases.

Once you become familiar with the articles and noun endings of different cases, you'll be able to clearly identify the subject, object, and direct object of a sentence.

The flexibility of the German language allows you to change the word order in sentences without changing the meaning.

A few final tips will make it easy to remember all the German case rules. Ask yourself the following questions to figure out which case to use:

You don't need to memorise all the different article forms for each case or each specific preposition in the beginning.

Begin with the basics and gradually build up your understanding through practice and exposure. And make sure you're listening to or reading lots of German to expose yourself to the different cases in context.

Every German language learner has difficulty with the cases at first.

But, with practice, you'll find it becomes second nature in no time at all.

If you like the idea of reading lots of German material to master the grammar, then German Grammar Hero is for you.

In this programme, instead of pouring over verb tables and memorising grammar rules, you read and immerse yourself in a compelling story.

Over to you – has this post helped you to better understand how to learn and use the German cases? Which other aspects of German grammar do you find tricky? Let's continue the conversation below in the comments.