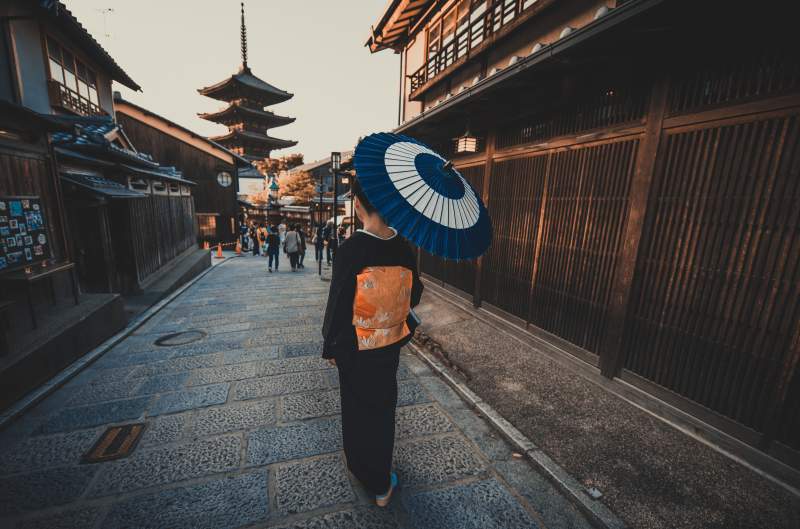 How Long Does It Take To Learn Japanese? A No-Nonsense Guide For Beginners

Whether you're just getting started or you've been learning for some time now, it's natural to ask yourself: how long does it take to learn Japanese to a fluent level?

You’re not alone in thinking about this.

After all, almost nobody learns a language just to say they know it!

There are many reasons you might have chosen to learn Japanese:

But if you're just starting out in Japanese, how long will it take you to be able to do these things?

The truth is, the answer will be different for everyone. But there are a number of key factors which influence how long it will take for you.

Anyway, back to the question at hand… how long does it take to learn Japanese?

In order to figure out roughly how much time you'll have to dedicate to learning Japanese, you’ll first need to answer a few questions. Let’s examine each of those questions in turn:

1. What Are Your Japanese Learning Goals? 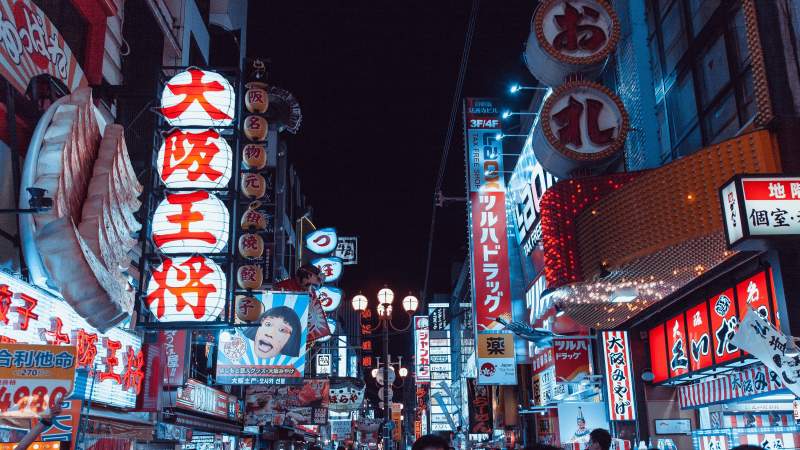 First of all, what do you mean by “learn Japanese”?

What are your Japanese learning goals and how would you define them?

This is important because depending on what your objectives are, it may take more or less time to achieve them.

For example, if you want to learn to write kanji it will take you longer than it would to just learn to speak Japanese conversationally.

Kanji are the most most complex of the characters used in the Japanese writing system. And they're one of the hardest parts of learning Japanese, because they require a lot of memorisation and practice.

And because, well,… there’s a lot of them to learn!

If you want to learn to write them, learning Japanese will be a more time consuming experience. But you’ll ultimately develeop a more rounded fluency when you’re done too.

In language learning as in life, you get out of it what you put in!

So in order to estimate how long it will take you to learn Japanese, you’ll need to think about all the pieces that make up the language.

The four main skills are listening, speaking, reading, and writing.

2. How Much Time Do Spend You Studying Japanese?

How much time do you have to dedicate to practising your Japanese each day or week?

It’s an obvious statement, but… the more you practice, the faster you’ll learn.

That’s not to say that you have to study Japanese eight hours a day in order to make any worthwhile progress!

But just like when building a jigsaw, you’ll do it faster if you just sit down and build it than you would if you just walk by every now and then to put a piece in place.

Students of Japanese who actively study for a few hours per day are typically ready to attempt the advanced-level Japanese tests (like the JLPT N2—that’s Japanese Language Proficiency Test Level 2) after about two and a half or three years.

But, it’s worth noting that the N2 exam is largely composed of kanji and more obscure grammar.

Can you learn to effectively communicate in Japanese before then?

It all depends on what your goals are, as you saw from my first “key question”.

3. What Is Your Native Language?

Another important thing that will effect how long it takes you to learn Japanese is how similar or different it is to your native language.

If you’re a native speaker of a European language, Japanese very different to what you’re used to.

It uses a different writing system, the grammar and sentence structures are different from your native language, and you’ll have to learn most of the vocabulary completely from scratch.

Naturally, all of these things increase the amount of time it will take you to learn Japanese.

There are certain elements of the writing system, such as Hiragana, the entry-level Japanese letters, that are actually not particularly difficult.

But nonetheless, they take time to to learn and get used to! And that’s without getting into the more compicated kanji characters.

So, unless you've studied an Eastern Asian language before, be aware that there will be a steep learning curve and it's simply going to take you some time to adapt to this.

4. Polite Or Informal? Getting To Grips With Japanese Keigo

Something else to think about when learning Japanese is whether or not you need to learn keigo?

“Well, I’m just starting in Japanese, so… what on earth is keigo?” I hear you say.

Keigo is the ultra-formal register of Japanese; it’s what makes Japanese legendary as such a polite language.

For example, you could ask your teacher for help in the following standard way:

But if you wanted to be really polite (and sound more like a native), you’d use keigo and say:

Keigo is very important if you’re going to be working with Japanese people in a business environment or if you anticipate talking to lots of people who “rank” higher than you, such as government officials.

In a nutshell, Keigo takes words you already know and completely changes them. Here’s an example:

As you can see, these two variations are completely different!

And it doesn’t stop there…

Both of these are used at the same time, and you definitely have to make sure that you don’t switch them so that you speak highly of yourself and humbly of someone higher than you!

So if you need to learn to use keigo, it’s going to take you a lot longer to learn Japanese as you’ll simply have many more new words to learn.

Quick Estimator: How Long Will It Take You To Learn Japanese? 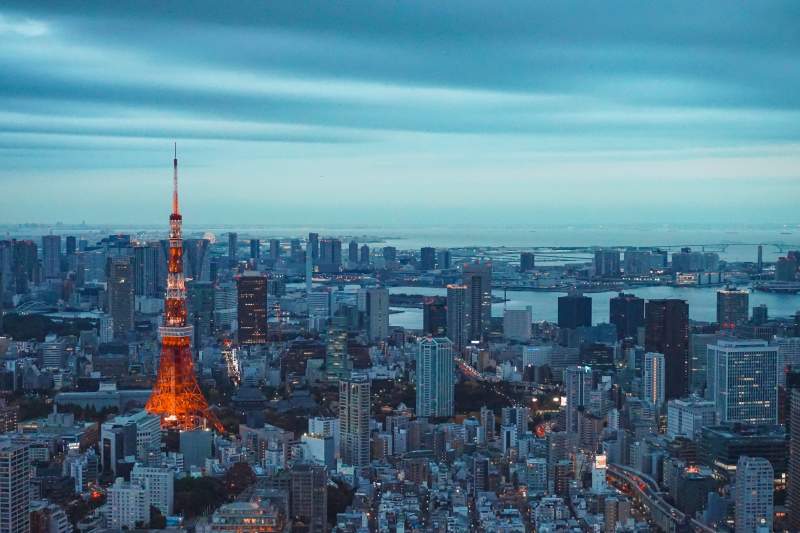 As you can see, there are quite a few things to think about when figuring out how long it’s going to take you to learn Japanese.

The point here is to give you an idea of how long it will take, not to make you feel overwhelmed!

The truth is that achieving a high level in Japanese (or any language for that matter) takes time.

You can’t expect instant results or fluency in a matter of weeks.

But it’s also important to remember that learning a new language is a process.

You get the results incrementally as you progress, not all at once!

So don’t think you’ll have to study Japanese for years before you can actually use it. You’ll be able to do a lot of things in Japanese very early on!

But in truth, trying to put number estimates on things like this is not really that useful…

Because every person's situation is different.

This is why understanding how long it will take you to learn Japanese depends primarily on your goals and how you are going to study to achieve them.

How To Speed Up The Learning Process

The average Japanese learner spends around 10 hours a week studying the language.

Now you might be thinking “10 hours?! I simply don’t have that much time!”

The answer is to find ways to make Japanese part of your daily life, so that even when you’re not sitting down to study, you can still spend time with the language.

Thankfully, there’s a lot of things you can do to immerse yourself in Japanese without taking any time out of your schedule!

So How Long Does It Take To Learn Japanese?

If you’ve read this far, it will be clear to you that there simply isn’t a single definitive answer to this question.

Learning Japanese isn’t easy and it will take time. It’s probably fair to say that you can expect a commitment of at least three years in order to achieve something resembling fluency.

The average learner gets to the advanced level in three or four years.

But as I’ve highlighted throughout this entire acticle, how long it’s going to take you depends on, well,… you.

No matter how long it takes you, the most important thing is that you enjoy the journey.

Because the truth is there’s no “magic moment” when you’ve “learned” a language and the job is done.

You learn every day along the way.

From Japanese Beginner To Fluent Through Story

If you'd like to speed up your Japanese learning journey, without spending all your time pouring over grammar books, then I've got something for you.

It's Japanese Uncovered, my story-based course, that will help you go from Japanese beginner or false beginner to intermediate while immersing yourself in a compelling story.

Instead of learning grammar rules and ending up translating in your head when you speak, your learning takes place as you read and listen to the story.

It's the same process I used to learn Italian in 3 months from home, by just listening to and reading compelling content. I've distilled that method into a comprehensive course where I help you discover Japanese through story.