Chinese Numbers: How To Count & Talk About Numbers In Chinese

Learning Chinese sounds like a daunting task. So when they start, a lot of people are surprised to discover that many aspects of the language, including Chinese numbers are incredibly easy.

In fact, learning to count in Chinese could hardly be simpler.

Chinese numbers are extremely straightforward and follow very logical rules, meaning there are almost no traps to catch you out.

To help you get started – and to highlight one or two points you need to be aware of – in this post I’m going to tell you everything you need to know about counting in Chinese.

By the end of this post, you'll be able to count in Chinese from 1 to 9,999 and beyond, give your telephone number and deal with some trickier aspects of Chinese numbers like measure words.

It’s as fun as it is effective. And it makes mastering Chinese numbers a breeze.

Before we start looking at Chinese numbers, it’s worth mentioning how numbers are written in China.

Chinese has its own set of characters for writing numbers. But nowadays, the same ‘international’ numbers that are familiar all over the world are also used in China.

In this post, I’ve given numbers in characters along with the pronunciation in pinyin since this makes it easier for you to see how they are pronounced.

However, bear in mind that in China, you are just as likely to see them written in regular numbers as in Chinese characters.

Counting From One To Ten In Chinese

Let’s start with the numbers from one to ten in Chinese. When counting from 10 to 99, you will start to see how simple the Chinese system is.

And some more examples:

One major difference between Chinese and European languages is the use of ‘measure words’, also known as ‘classifiers’. This is a big topic that merits a whole post of its own. But we also need to touch on it briefly here.

Here, ‘blade’ is the ‘measure word’ for grass. However, in English, we don’t always need measure words – we can just say ‘one book’ or ‘three tickets’.

In Chinese, on the other hand, this is not possible. In Chinese, if you use any noun with a number, you must also use the relevant measure word.

For example, the Chinese word for ‘book’ is 书 shū and the measure word for books is 本 bĕn. This means if you want to say ‘one book’, you have to say 一本书 yī bĕn shū. If you just say *一书 yī shū, it is incorrect.

Similarly, ‘ticket’ in Chinese is 票 piào and the measure word for tickets (and many other rectangular objects) is 张 zhāng – so to say ‘three tickets’, you need to say 三张票 sān zhāng piào. If you just say *三票 sān piào, it would be incorrect – and it would also sound very strange. 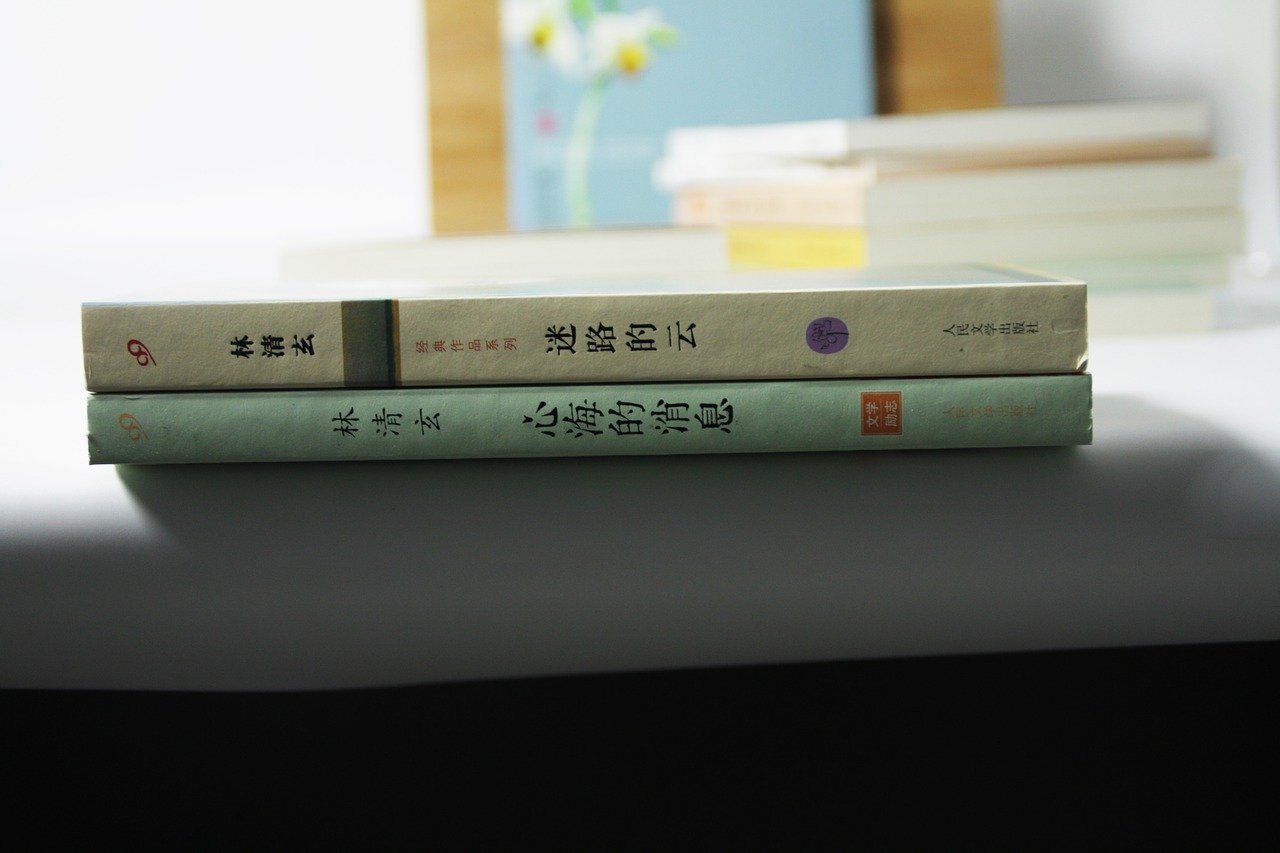 Furthermore, when asking for a number of something, if it is obvious what you want, you don’t need to use the noun. You can just use the measure word alone.

For example, when buying three tickets, you could just say 三张 sān zhāng because the person in the ticket office would know you were talking about tickets. This is the equivalent of just saying ‘three please’ in English; that you are talking about ‘tickets’ is implicitly understood.

However, in Chinese, if you just say a number without a measure word in this context, it would be meaningless; you can’t just go into a shop, point at something and say ‘one’ without using a measure word.

Fortunately, there is a general-purpose measure word, 个 gè, that you can use if you don’t know the correct one. This means if you want something but don’t know which measure word to use, you can just point and say 一个 yī gè, ‘one’, and the person you are speaking to will understand.

How To Say ‘Two’ In Chinese

In Chinese, there are two ways to say the number ‘two’.

The word for ‘two’ is 二 èr, as we have already seen. However, to say ‘two (of something)’, you need to use 两 liăng. To put this another way, whenever you use a measure word, you use 两 liăng and not 二 èr.

If you said, for example, *二个人 èr gè rén, it would be incorrect.

To express thousands, hundreds, tens and units, you just follow exactly the same rules, saying the numbers in order.

Here are some other examples: In English, we count up to 1,000 and then repeat the pattern up to a million using tens of thousands and hundreds of thousands.

However, when it comes to bigger numbers, Chinese works differently. In Chinese, 10,000 is 一万 yīwàn, and this unit is then repeated up to ten million, 一亿 yīyì – like this:

For many people, this is perhaps the most difficult aspect of counting in Chinese. It might help to remember that in Chinese, if you write in numbers rather than characters, the separating comma divides tens of thousands rather than thousands.

To form them, you just add 第 dì to the start of the cardinal number, like this:

These numbers also require you to use the relevant measure words, so for example: 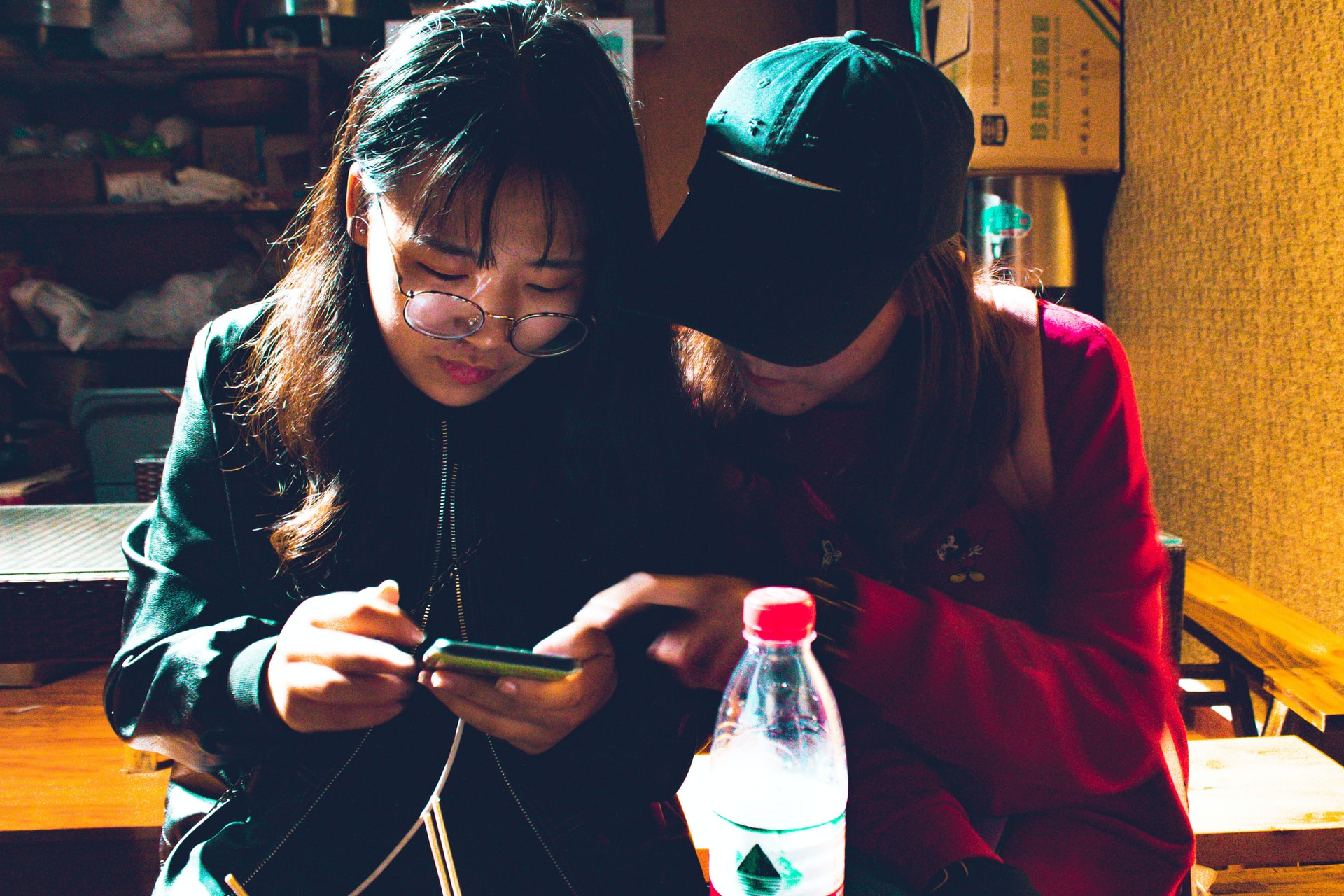 In Chinese, when you give a telephone number, you say the numbers individually.

The only difference is that instead of saying 一 yī for ‘one’, you normally say 幺 yāo to avoid confusion.

Interestingly, the telephone number for McDonald’s Delivery in China is 4008-517-517. In Chinese, 517 is pronounced 五幺七 wŭyāoqī, and this sounds a lot like 我要吃 wŏ yào chī – which is Chinese for ‘I want to eat’!

While everyone understands the universal hand gestures for one to five – just holding up the relevant numbers of fingers – in China, the numbers from six to ten also have special hand gestures.

Many Chinese who haven’t had much contact with foreigners might not realise that these gestures are not widely understood outside of China and will expect you to know them, even if you don’t speak Chinese.

If you visit China, it will be useful to learn these gestures – and you can check out this video to see them in action.

As I hope you've seen, counting in Chinese is extremely easy – at least up to 9,999, in any case.

Since Chinese pronunciation is very different from English and you also need to use the correct tone when saying each number, I strongly recommend that you practise repeating these numbers out loud.

Practise counting from one to ten, then move on to practising the numbers from 10 to 100. And in a very short amount of time, you will see that you can quickly master Chinese numbers.

Especially if you immerse yourself in the language by listening to Chinese or chatting to native Chinese speakers.

So, over to you – what have you learned about Chinese numbers from this post that you didn't know before? Do you feel ready to count in Chinese? Let me know in a comment below.