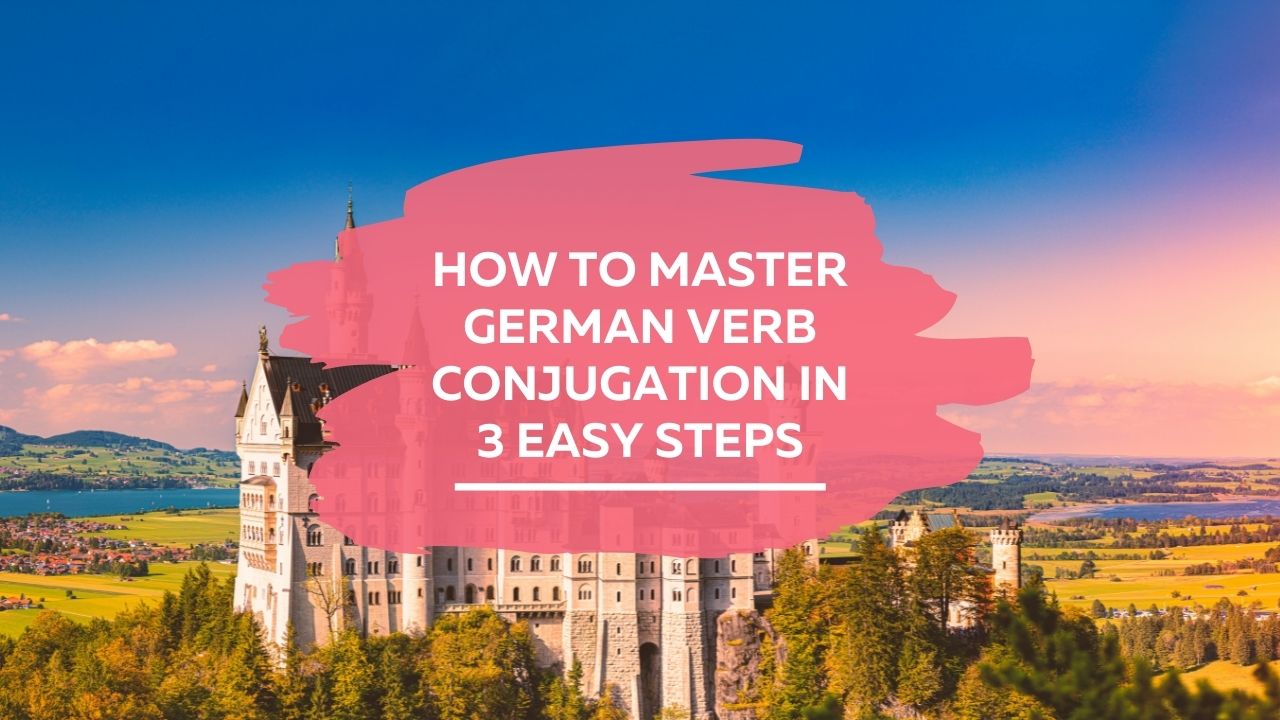 How To Master German Verb Conjugation In 3 Easy Steps

When it comes to your favourite things to do, German verb conjugation probably isn’t at the top of the list.

In fact, it may seem intimidating and complicated at first glance – one of the harder aspects of learning German.

This can leave you wondering how to approach this important topic in the most effective way.

However, once you break down the rules, German verb conjugation is actually quite simple and it follows patterns similar to English.

If you want to improve your German quickly and having fun doing it I recommend German Uncovered, my comprehensive beginner programme that teaches you through the power of story.

The course covers everything you need to know as a beginner in German (including verb conjugation). If you're ready to get started, click here for a free 7-day trial.

Or if you're already at the intermediate level, why not enrol in Grammar Hero, my intermediate programme that helps you master the trickiest aspects of German grammar while reading enjoyable short stories in German.

What Exactly Is Verb Conjugation? 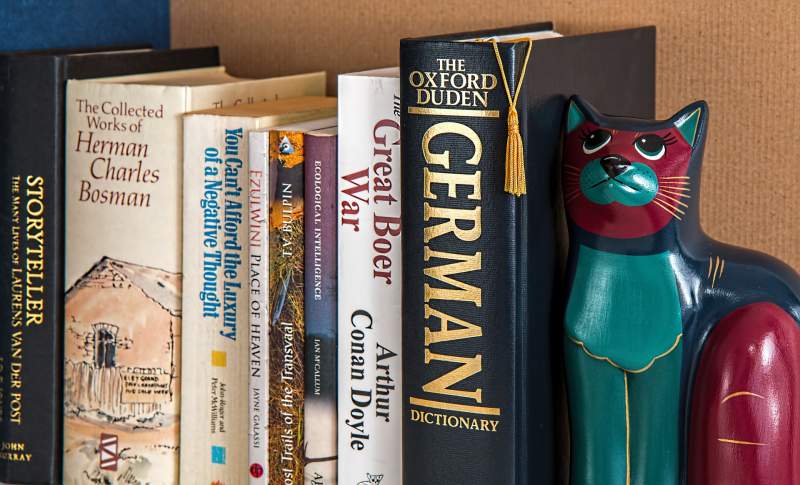 Verb conjugation is the process of changing a verb to indicate the person, gender, tense, number, or aspect of a sentence.

In English, we can use verb conjugation to specify who is performing an action. For example:

These verbs are all forms of the verb ‘to be’.

These are conjugated forms of the German verb sein (to be).

Both English and German have regular as well as irregular verbs.

(Note: The stem of a verb is the core part of the verb that normally stays the same even when conjugated. You’ll see this in the examples below. For example, the stem of the German verb “lernen” is “lern-“. In all conjugations of this verb, this stem stays the same while the ending changes.)

We can also use verb conujugation to indicate when an action took place using different verb tenses.

In English, we have two present tenses.

The first situation describes a regular scenario that happens over and over again, whereas the second describes a one-time event that is happening right now.

In German, there is only one present tense, which already simplifies the process of conjugating verbs!

In this article, we'll follow a simple 3 step pattern to master German verb conjugation. It will require plenty of practice but if you follow this process you'll pick up the basics more quickly and avoid confusion along the way.

We’re going to focus on conjugating German verbs in the present tense first, before moving on to the other tenses later.

1. Start With Regular Verbs In The Present Tense

The best way to start learning German verb conjugation is to begin with regular verbs in the present tense.

Fortunately for English speakers, German verb conjugation is not as complicated as it appears at first glance and 90% of German verbs are regular and can be conjugated using one of four possible endings.

Unlike many other foreign languages, German requires very little memorization when it comes to conjugating regular verbs.

Once you’ve mastered the regular verbs in the present tense, you can begin learning irregular verbs and moving on to the past and future tenses.

There are three basic types of regular, or weak, verbs in German:

We’ll explore the patterns and rules for each type of regular verb with simple examples below for easy reference.

All regular verbs with an -en ending follow the same conjugation patterns. Below, you can see the patterns that can be applied to all verbs of this type.

(Note: These are the conjugation rules for the present tense. We’ll get to the other tenses later on.)

As we can see, the basic rules of conjugation are not very complicated and can be memorized in no time at all. There are only six different possibilities and two of them are the same!

Verbs Ending With -el or -er

These verbs are treated almost exactly the same as first type, however, they use an -n ending instead of an -en ending for the ‘we’ and ‘they’ forms.

The same rules apply to regular verbs ending in -ten but with an additional ‘e’ added in to help ease pronunciation for some of the forms.

Using these rules, you can now conjugate any regular verb in the present tense – it's that easy!

The rules and patterns are all very similar, which means there’s actually very little memorization necessary. It’s simply a matter of recognizing patterns and applying the rules you’ve learned.

So by now, you’ve already learned to conjugate hundreds of regular German verbs in the present tense. But what about the irregular verbs? 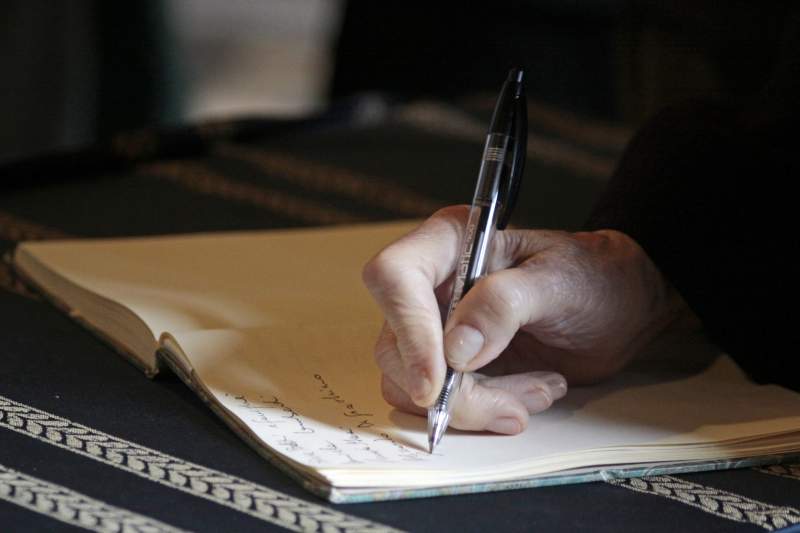 The second step to mastering German verb conjugation is to learn the most common and most important irregular verbs.

German has more than 200 irregular verbs, though you’ll only need a small percentage of them in every day conversation. That said, the small number of irregular verbs you will need are essential, everyday verbs so it’s important to learn them and learn them well from the beginning.

As a beginner, it's helpful to have a general overview of irregular verbs. This will allow you to become familiar with their conjugational patterns as you continue to progress.

Irregular verbs often change their the vowels in their stem when conjugated. These usually change in the following ways:

We’re going to take a look at the most common irregular verbs, sein (to be), haben (to have), and werden (to become, shall, will). The present tense conjugations of these verbs are listed below.

Sein (to be) [Present Tense]

Let’s take a look at the present tense conjugation of another very common German verb – haben (to have). Pay close attention to the pattern in the verb endings and notice how the stem changes.

Haben (to have) [Present Tense]

Another important irregular German verb is werden (to become, shall, will). This is perhaps one of the most common words in German and can mean ‘to become’, as in, Ich werde krank (I’m becoming ill),or ‘will’ or ‘shall’ as in wir werden sehen (We will see).

Werden (to become, shall, will) [Present Tense]

Even though these verbs are irregular, we can see similarities in how they are conjugated.

Recognizing these patterns and becoming familiar with them will help you significantly when learning them.

All of a sudden, irregular verbs don't seem so scary or strange at all, do they?

3. Once You've Learned The Present, Move On To Other Tenses 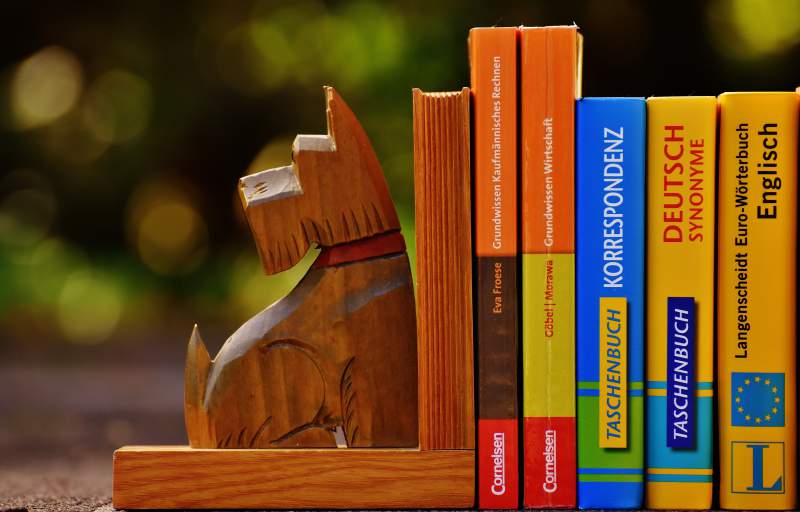 After you’ve become confident with conjugating verbs in the present tense, and have become familiar with irregular verbs, you may start wondering about the other tenses. After all, your German conversations won’t last very long if you can only speak in the present tense!

Apply the same approach you used to learn the present tense to the other tenses. The rules and endings may look slightly different in the past and future tenses, however the same patterns still apply.

Sein (to be) [Past Simple Tense]

Sein (to be) [Past Perfect Tense]

As we can see, the word changes, but the similar patterns remain. We still see the use of ‘-st' ending conjugations for the du form and in the past simple tense Wir and Sie/sie still take a ‘-en' even though the stem has changed significantly..

So as you can see, once you’ve learned the basic rules, you’ll be able to easily grasp these concepts in other tenses using the same techniques. It simply becomes a matter of practice to get to a point where you're comfortable with each of the different conjugations so you can use them in your German conversations.

German Verb Conjugation Isn’t As Hard As It May Seem

Although German verb conjugation may appear difficult at first, looks can be deceiving.

Most German verbs follow regular rules with simple endings that can be learned quickly. Daily practice and repetition will help you learn these concepts faster.

You should start by learning regular verbs in the present tense. These rules are simplest to learn and doesn’t require hours of memorization. Gradually build up your knowledge by expanding your study to include irregular verbs.

Once you have a strong grasp of the grammatical concepts and patterns in the present tense, you can apply them to other tenses.

Although the past and future tenses are slightly more difficult, you’ll find that the same rules and learning techniques are applicable.

In addition to noticing patterns between verbs, it’s important to practice conjugating verbs on a regular basis.

Get a notebook for your German notes if you don't already have one and spend some time writing out the basic conjugation patterns.

Study the similarities, patterns, and rules until you can recite them without hesitation.

Although the patterns help significantly, some memorization will be necessary.

Practice using the correct endings through daily writing and speaking exercises. Once you’ve got a hold of the basics, it’s just a matter of repetition. And make sure you read and listen to German stories – the core of the StoryLearning® method that's the backbone of my courses.

Now it’s over to you to get started! Viel Glück!

Want to learn German grammar the natural way, without pouring over verb tables or memorising rules?

Then German Grammar Hero is for you. In this programme, you read and immerse yourself in a compelling story.