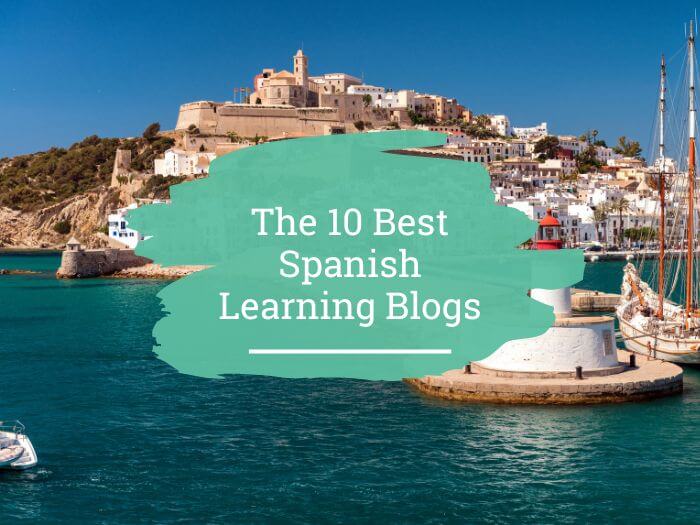 When learning Spanish, or any language, practice is key.

You can study real hard, go to your classes and do your homework, but nothing beats day-to-day practice. And it's easy to incorporate Spanish into your daily routine thanks to Spanish learning blogs.

As you can imagine, the internet has a lot to offer; maybe too much. That’s why I decided to make a curated list of the 10 best Spanish learning blogs. Want to discover the best Spanish Learning websites? Just keep reading!

First of all, I have to give you a warning: this list contains very different kinds of Spanish learning blogs and websites.

The main goal is to find something that really interests you; that way, it’ll be easier to make it a habit, and soon you’ll find yourself reading posts in Spanish like it’s nothing.

This is the core of the StoryLearning method by the way, which I discovered in Argentina, – reading interesting content so that you learn naturally, without rules.

If you’re an intermediate to advanced student, you can start by thinking about what kind of media you consume daily in English. Do you read about lifestyle, fashion, sports, politics?

I can assure you: if you’re interested in a subject, you’ll find a Spanish-speaking website dedicated to it.

That said, let's get into this list of Spanish learning blogs. Are you ready?

That means that they not only have languages, but you’ll also find subjects like literature, computer science, and geography. It’s the whole curriculum!

Even though they’re not particularly focused on Spanish, their section —written in English— is very good and has a nice balance between grammar, vocabulary, fun facts, and culture.

Kevin is a native Spanish teacher and one of the most famous Spanish bloggers in the community.

He was born and raised in Buenos Aires, Argentina, which means he speaks a very particular Spanish dialect.

This is fascinating, because most Spanish courses focus on Peninsular Spanish or Mexican Spanish, and leave aside all the different variations you can find, for example, in South America.

But Kevin’s articles, written mostly in English, are not only about the difference between, let’s say, Argentinian Spanish and Mexican Spanish; he talks about any number of subjects, although he does it in his own special way.

Let’s Speak Spanish is probably one of the oldest Spanish learning blogs around.

What’s interesting about it is that it’s written mostly in Spanish, which means that you can learn and practice at the same time.

Its main subject, of course, is Spanish itself; here you’ll find a lot of tips, resources, and recommendations, from the best Spanish-speaking movies on Netflix to the tricks and perks of learning how to count in Spanish.

When talking about language programs, Transparent is as straight-to-the-point as it gets: they specialize in getting results fast.

And maybe that’s why they’re frequently employed by multinational corporations and government offices.

This might scare you at first, but don’t worry, their blog is actually pretty entertaining: they use a lot of pop references and Spanish culture to make their posts more interesting.

Here you’ll find a little bit of everything, from articles about Frida Kahlo’s life to translations and grammar tips.

What’s interesting about Speaking Latino is that they focus on Latin and Hispanic culture in the US.

They give special prominence to the Dominican and Puerto Rican communities. And they frequently talk about Latin heritage in American culture.

Leaving aside the Spanish learning blogs, you can also practice daily by reading the news.

The BBC has an excellent Spanish subsidiary, with a nice mix of English articles translated into Spanish and original Spanish pieces written by their correspondents around the world.

They focus mainly on international politics, but you can find a little bit of everything, including lifestyle tips and crime stories.

Another advantage is that their articles are rather short, so this is ideal if you’re an intermediate Spanish student with an interest in world affairs.

Like the BBC, the New York Times has its own Spanish edition.

Their articles are mostly translations into Spanish, which means that you can read them alongside the original English version.

This will come in handy every time you find a strange word or a complicated sentence.

This is, in a way, very close to reading bilingual versions of books, only it updates daily and covers interesting new topics.

El País is probably the biggest Spanish newspaper out there. You’ll find there are two versions: one focused on Spain, and one focused on Latin America.

The second one is oriented to an international audience, so it may suit you better: it has a very good mix of world affairs coverage and investigation pieces.

El País is Spanish media, created for Spanish speakers, so you won’t have the help of an English version —but don’t worry. Articles are short, professional, and not that challenging if you’re an intermediate to advanced Spanish learner.

In recent years, Spanish-speaking journalism has experienced a boom, not unlike the explosion of Latin American literature of the sixties and seventies.

This new trend materialised in mediums like El Malpensante (literally, “the bad thinker”), a Colombian-based magazine that specialises in investigative journalism and non-fiction writing.

Here you’ll find long and stylish articles written by journalists from all around the Spanish-speaking world, from Argentina to Mexico, and from Spain to Ecuador.

If you’re thinking that this looks challenging for a non-native, well… I’m not gonna lie, it's not suitable for beginner students.

But you also must take into account that this is not as hard as reading, let’s say, Gabriel García Márquez. It's journalism, not literature, and that means that these writers tend to be clear, uncomplicated, and straight to the point.

Gatopardo is something like the Mexican equivalent to El Malpensante, a magazine dedicated to investigative journalism, non-fiction, and essays.

In a way, you could say it’s a similar experience to reading The New Yorker, The Atlantic, or The Paris Review.

Gatopardo is professional, stylish, and has pieces written by authors of all nationalities. If you’re an advanced student, here you’ll find an entertaining way of exercising your Spanish on a daily basis.

You’ll probably find that the online version of Gatopardo is more accessible than El Malpensante, since it has a friendlier design and more articles on display; they also have audio versions of their pieces, so you can hear as well as read them. It’s your choice!

Well, you’ve probably already noticed it: this list has a little bit of everything.

It doesn’t matter if you’re an advanced student or if you’re only starting to get curious about Spanish —I guarantee there is something for you.

Of course, reading Spanish learning blogs and websites may not be enough for you; you may want to polish your Spanish skills another way. Don’t worry, you won’t have to go very far! You can take one of my Spanish courses where you'll learn through story.