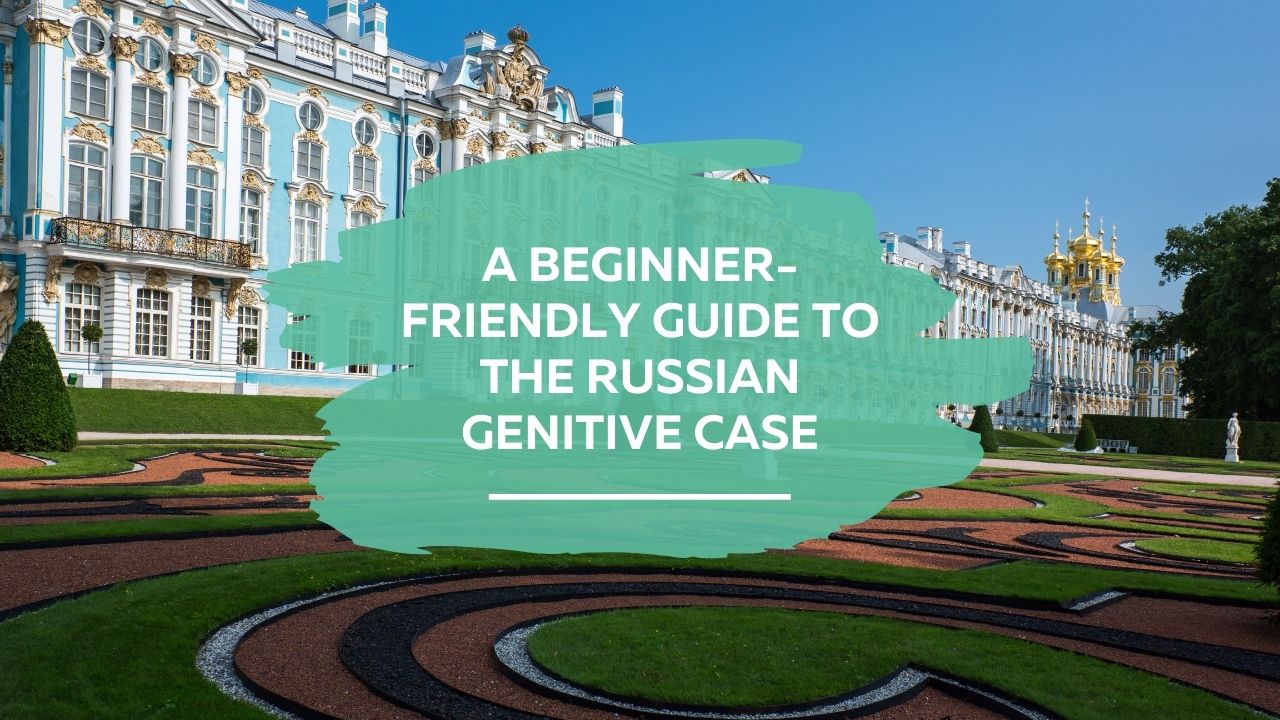 A Beginner-Friendly Guide To The Russian Genitive Case

As you learn Russian you've probably come across its six cases, including Russian genitive case. And you're probably freaking out a bit about them!

The cases can sound intimidating. But they're not as scary as they seem.

To keep things simple, you can consider the Russian cases as grammatical categories or situations which affect noun endings (nouns are names of things like objects, countries or places).

Cases can be a challenge for beginners. But trust me, you’ll get the hang of them before you know it, especially if you read and listen to plenty of Russian, in addition to checking out the grammar rules.

In this post, I'll focus on the Russian genitive case, including what it is, how it changes noun endings, and when to use it.

By the end of the article, you'll feel more confident about this case. My main tip is not to expect perfect mastery straight away, but to take things step by step, with plenty of immersion in Russian and practice.

By the way, if you want to learn Russian fast and have fun, my top recommendation is Russian Uncovered which teaches you through StoryLearning®. If you’re ready to get started, click here for a 7-day FREE trial.

What Are Russian Cases?

A case is a special grammatical category of a word which reflects the function it performs.

In Russian, there are six cases. These are the nominative, genitive, dative, accusative, instrumental, and prepositional cases.

The nominative case is the “original”, so to speak. It doesn’t change the word form. So you really only have five to worry about. Good news!

Basically, depending on what question is answered by the word in question, you can figure out which case applies. Then, you need to modify its ending accordingly.

For example, consider the following phrases:

-> Because the noun (trains) answers the question “a lot of what?”, the genitive case applies, and the ending -ов is added to the word поезд.

-> In this case, the noun answers the question “go how?” or “using what?”, the instrumental case applies, and the ending -ом is added.

So how does the Russian genitive case affect nouns?

How To Identify And Apply The Russian Genitive Case

So, what happens to a noun when it is in the genitive case? In short, the ending of the word changes.

How so? The changes are pretty simple. Essentially, you have to add one of the following endings:

If the word ends in a vowel, you'll need to replace it. If it ends in a consonant, you just add the appropriate ending.

Have a look at this table to see what happens to various singular noun endings in the genitive case:

As you can see, there is a pattern.

Note that there are three important exceptions to this pattern:

As for plural nouns, have a look at this table:

The rules for changing plural nouns into the genitive form are as follows:

So, now that you know how to change the form of a noun into its genitive form, let’s look at the situations in which you need to do this.

When Do You Use The Russian Genitive Case?

In English, we communicate these things using the word “from” or “of”, or an apostrophe followed by “s”. It answers the questions “whose?”, “of what?”, and “from where?”

Some basic examples include the following:

-> The word “Russia” answers the question “of what?”, and so it uses the genitive case. In the word Россия, this means the -я is replaced with an -и.

-> The word “father” answers the question “whose?”, so it requires the genitive case. The word отец takes on the genitive form отца.

There are a few more situations to remember. Don’t worry if you don’t get them all right away, these will take some time and practice.

For now, I’ll go over them and provide you with some basic Russian genitive case examples.

Prepositions You Use With The Russian Genitive Case

You generally use the genitive case with the following prepositions.

Keep in mind that there are exceptions depending on the structure and function of the phrase. But you don’t need to worry about those for now.

-> After без, we use the genitive form of сахар, so we add the ending -а.

The genitive is also used after the following verbs with nouns designating abstract and indefinite objects.

-> Death is an abstract noun, so when it follows боится (is afraid) it is in the genitive form. Смерть (which answers “of what?”) becomes смерти.

The genitive also indicates possession. Likewise, you'll see it after the following negating phrases, which indicate lack of possession:

У … [ooh] – (this word is must be used before a noun or pronoun to indicate who or what has or doesn’t have something. The (pro)noun is then followed by:)

-> The sentence describes something that is not possessed by the subject. The object машина takes on the genitive form, and the ending -а becomes -ы.

-> Similarly, the dog is something Lena didn’t have, so the genitive form of собака is used, where -а becomes -и.

In addition, you also use the genitive to talk about indefinite quantities, namely after the following:

-> Rubles answers the question “of what?” and рубль (plural рубли) takes the genitive ending -ей.

-> Porridge answers “of what?” – каша changes its ending and becomes каши. 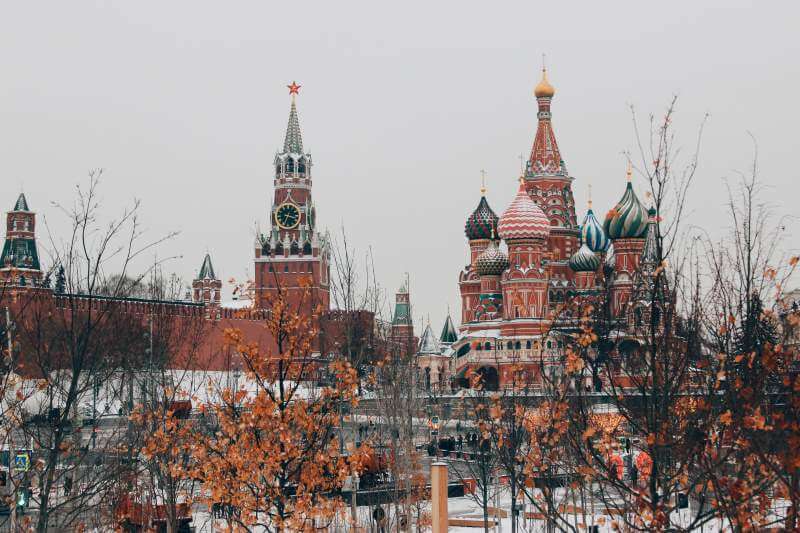 -> Following the number 2, the noun is genitive, so the ending -а is added to кот. Compare this to один кот [ahdeen kot] (one cat) or пять котов [pyat’ kahtov] (five cats).

These are all the situations in which you will need to use the genitive case, and its corresponding noun endings.

But don’t worry, you don't have to master all of them right away! Just take your time and approach it step-by-step.

So, now you know all the essentials about the Russian genitive case!

Again, there’s quite a lot to remember. But please don’t feel overwhelmed! Even relatively advanced students of the Russian language frequently have to consult their notes when it comes to cases.

The best thing you can do is get Russian genitive case practice. How? Use the StoryLearning® method. Make daily contact with the Russian language by reading books in Russian or by listening to Russian. As you listen and read, the genitive case will start to become second nature to you.

When you speak Russian – don’t be afraid to get it wrong. After all, you won’t learn anything if you never make mistakes!

Trust me, native Russian speakers understand how difficult their language is. They will be pleased that you’re making an effort, and most will be happy to correct you.

(Psst! Don’t tell anyone, but even they get it wrong sometimes…)

One thing that will really help you as you begin to learn cases and all the word forms in Russian is to familiarise yourself with the rules of Russian spelling. A lot of exceptions stem from these, and they’re generally useful to know.

That’s all for now! Good luck, and всего хорошего!