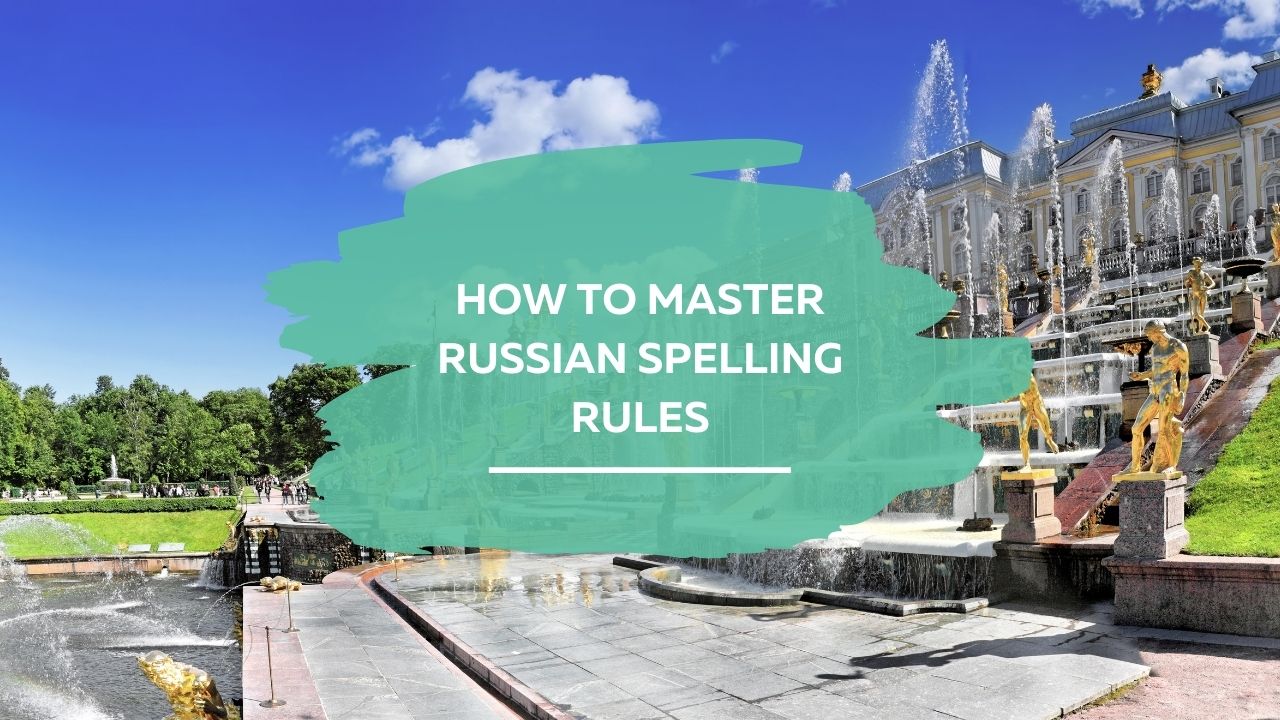 How To Master Russian Spelling Rules

When you learn Russian, the alphabet may seem a bit daunting at first, but you can master it quickly, unlike Russian spelling rules. When you learn how to spell, that’s where things can get a little tricky.

Every language has its own unique set of spelling rules. Think ‘I’ before ‘E’ except after ‘C’ for English or the soft and hard ‘C’ of Spanish. Naturally Russian is no different.

With that in mind, you'll learn about:

Overall, the Russian language has three hard rules on spelling that Russian speakers learn at a relatively young age. And while you’ll find loads of exceptions in English spelling, Russian spelling rules are held quite tightly.

In fact, breaking them was once used to shock or confuse readers in the avant-garde literary movement known as Заум (Zaum).

Most of these have to with which vowels can and can’t come after the шипящие/ sibilant consonants (ж, ч, ш and щ), the велярные/velar consonants (г, к and х), and hard consonant ц. In fact, each of three rules is named after how many of these letters it affects.

It’s useful to remember that Russian vowels come in pairs with hard and soft versions. If you need a refresher, check out this guide to Russian pronunciation.

The hard vowel ы can never follow the velar letters г к х or the silabents ж ч ш щ. Instead, you’ll use the vowel и.

This rule also comes up often when forming the genitive and plural form of some nouns.

The 8 Letter Spelling Rule – The Vowels ю and я

Instead, you’ll need to use у and а.

This rule is particularly important when you’re conjugating verbs in Russian, especially in the first person singular and the third person plural.

This is part of the reason why you’ll see говорю (I speak) and читаю (I read), but never вижю (I see) or спрошю (I ask).

After the silabents ж, ш, щ, ч, and the letter ц, the vowel о becomes an е when it is not stressed.

You’ll see this rule often in the plural form of the genitive case. This is why you’ll see

You’ll also run into this with masculine and neuter nouns in the instrumental case.

Of all the spelling rules, this is the most difficult to master. However, don’t feel too much pressure since native Russian speakers have trouble with this one as well.

There are a very limited number of exceptions to these three spelling rules. Almost all of these appear in loan words like брошюра (brochure), жюри (jury), and Кызылкум (Kyzylkum Desert). Aside from this small set, it’s essential to follow the three basic spelling rules.

The Odds And Ends Of Russian Spelling

If you ask the average Russian speaker about the Russian spelling rules, they will almost certainly name the three we just covered. However, there are a few other points that you should know in order to spell Russian correctly.

Now that you've gone over the major Russian spelling rules, it’s worth mentioning a few other spelling conventions that you’ll notice as you continue to learn Russian.

Although people often joke about how many consonants the Russian language likes to put together there is a limit.

As such, many prepositions will change forms to avoid consonant clusters that are too difficult to pronounce.

Usually, this means adding an ‘o’ to the end of a preposition to avoid something unpronounceable. You’ll see this most often before words starting with ‘вс-’ ‘чт-’ and ‘мн-’.

As with English, many Russian words are made by putting smaller words together.

As with English, there are a few rules on how to form a new word. In particular, certain letters are dropped when making these sort of compound words. These include ь, й, and я.

This particular rule is somewhat inconsistent and unpredictable.  In fact, most native speakers couldn’t explain it. In other words, it’s good to be aware of, but don’t worry about learning the specifics.

That’s it! While Russian grammar can be quite complex, the spelling system has a succinct set of spelling rules that mostly affects 8 letters and a handful of prepositions.

And by this point you should have a good handle on

With that under your belt, you can feel more confident about going and spelling some Russian words for yourself.

In the meantime, make sure you apply the StoryLearning® method – immerse yourself in stories in Russian. As you read in Russian and see Russian words in context, you'll pick up the spelling rules without really noticing it.